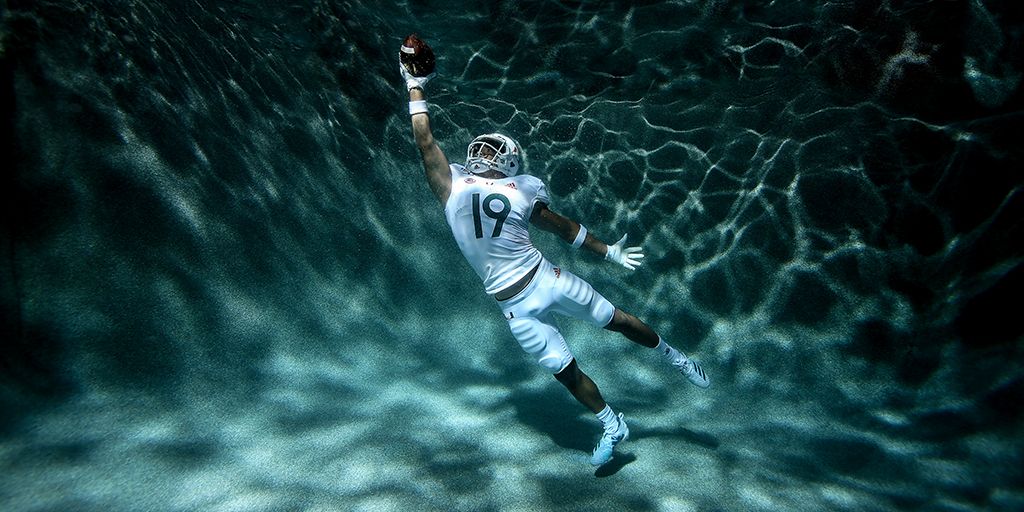 adidas x University of Miami: Parley for the Oceans

Determined to keep their surrounding oceans clean, and as a nod to the University of Miami’s renowned Rosenstiel School of Marine and Atmospheric Science, adidas and the Hurricanes’ alternate uniforms were created through adidas’ continued collaboration with Parley for the Oceans. The environmentally-conscious uniforms have been crafted from repurposed and upcycled materials.

About Parley for the Oceans
Parley for the Oceans  is the global network where creators, thinkers and leaders from the creative industries, brands, governments and environmental groups come together to raise awareness for the beauty and fragility of the oceans and collaborate on projects that can end their destruction. The organization  has formed alliances with major corporations including adidas, Anheuser Busch InBev (Corona), American Express; the United Nations; the Maldives and collaborators spanning the worlds of science, art, fashion, design, entertainment, sports, and space and ocean exploration. To know more: www.parley.tv