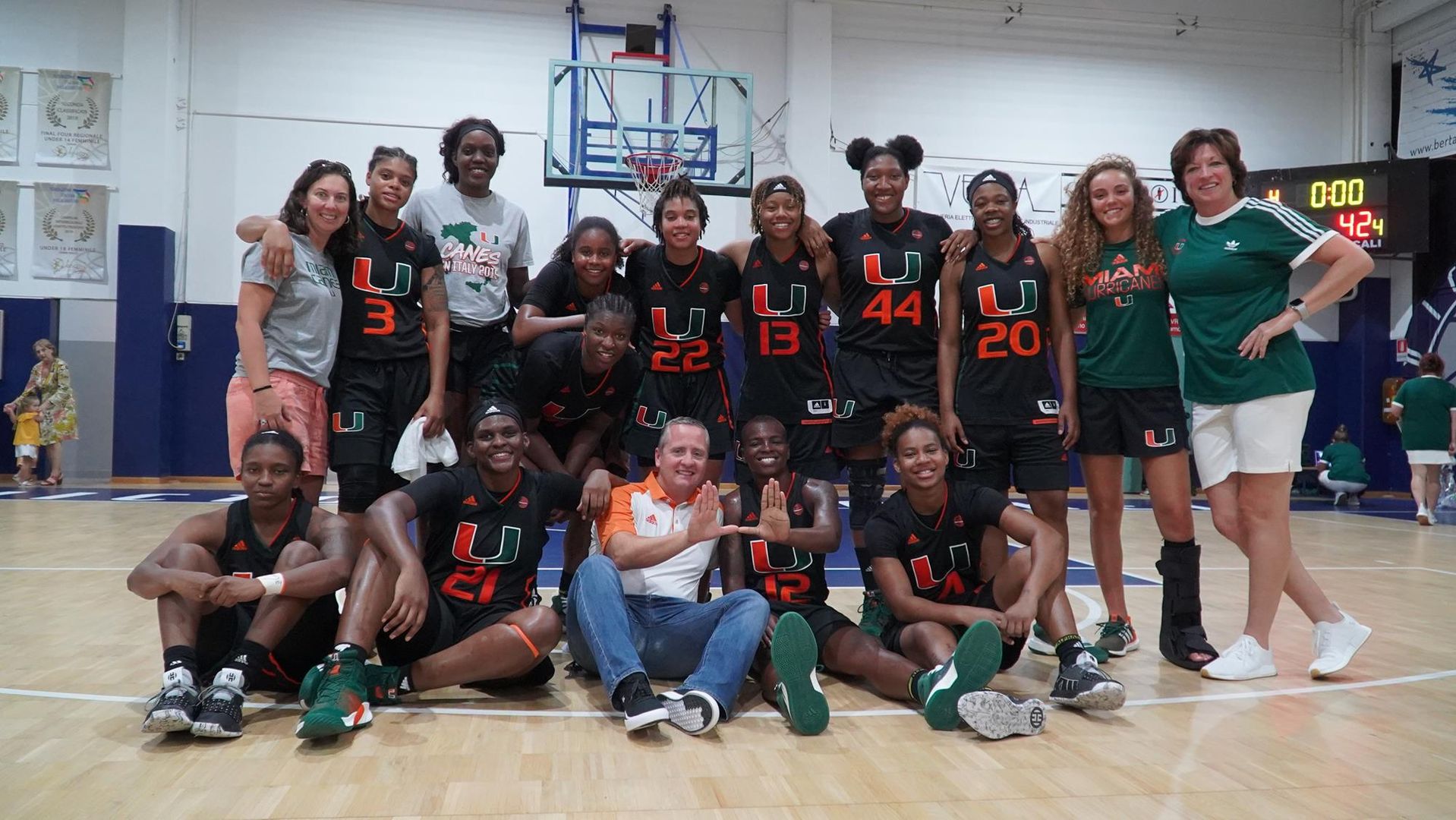 The Hurricanes were led by freshman forward Brianna Jackson who registered 13 points, five defensive rebounds and finished with a perfect 3-for-3 shooting from the charity stripe. Miami spread the ball with ease as all 11 players recorded at least two points.

After the All Stars scored the first basket of the game, they never led again. Miami got out to a 15-5 lead after freshman guard Yasmeen Chang showed off her speed, cutting through the lane to score her first of 12 points.

Miami closed out the first quarter on a 12-point run, leading 30-10. Chang boasted seven points in the first, while redshirt-sophomore Destiny Harden scored two points and pulled in four boards.

The Canes allowed just seven points in the second quarter, while adding 18. Jackson’s nine points and Harden’s five rebounds led the squad heading into the break with a 48-17 lead.

Freshman center Syndee Roby opened the half scoring six-straight points for the Canes. Roby finished with an impressive 12 points and five boards, while junior guard Taylor Mason scored her first points of the game with a three-pointer to make it 57-25 with just under five minutes to go. Mason finished 3-for-3 from behind the arc, including two back-to-back just before half. Fellow junior guard Kelsey Marshall also connected on three 3-pointers and finished with 11 points and two steals.

Miami will close out its European tour with one final full day in Venice tomorrow before returning home on Friday.