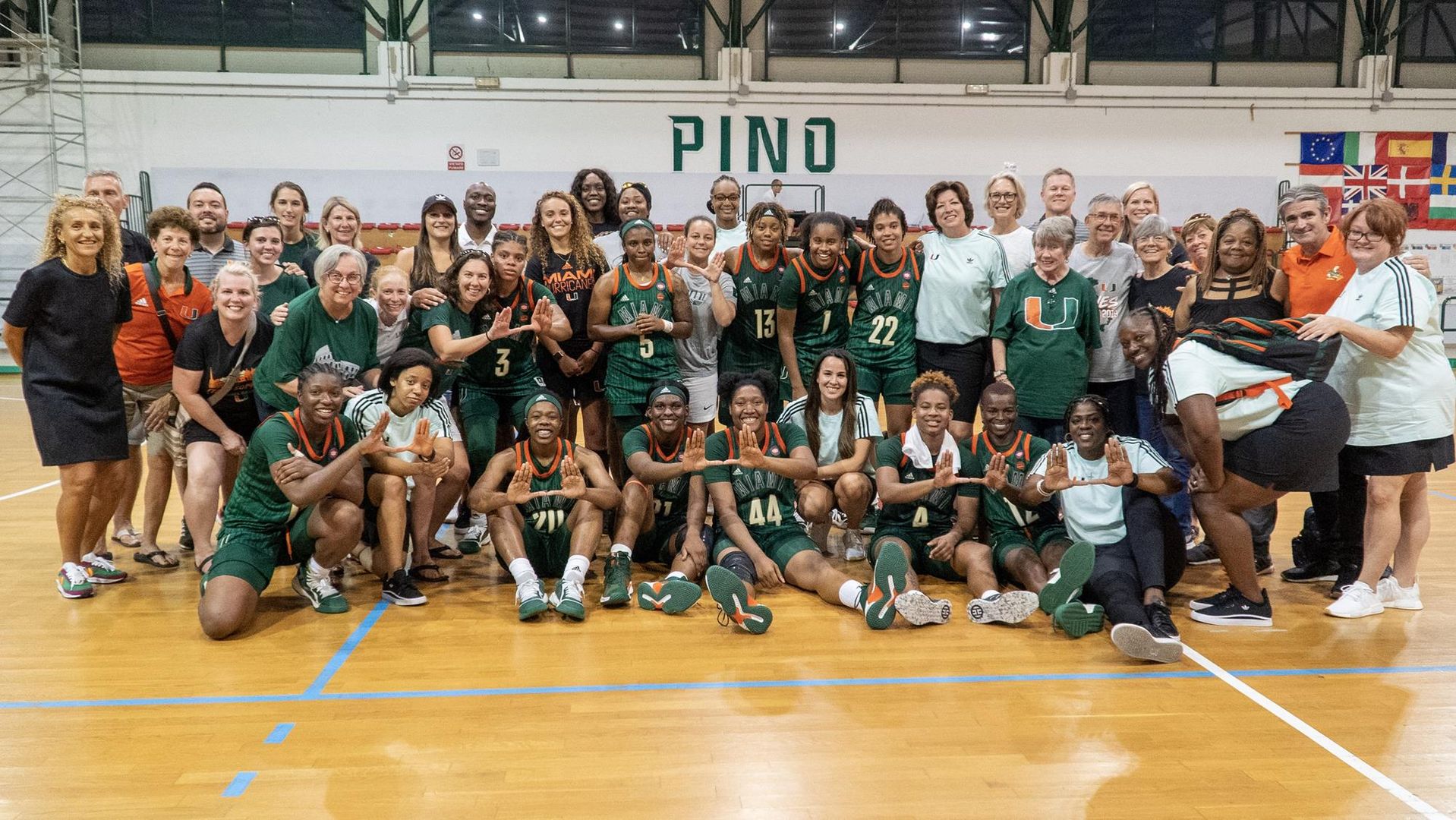 FLORENCE, Italy – The University of Miami women’s basketball team dropped a 71-67 back-and-forth thriller to the Florence All-Stars on Monday night.

Junior guard Kelsey Marshall led the Canes with 14 points after an explosive first quarter in which she recorded 11 points, including three straight baskets for nine points to end the quarter. Miami held a 21-19 lead into the second.

The Canes took their biggest lead of the game at 31-19 after junior guard Mykea Gray posted one of her three baskets. Gray finished the night with 11 points, two rebounds and three steals. The first half saw freshman center Sydnee Roby grab two big offensive rebounds and one steal. The Milwaukee native added four points, one defensive rebound and another steal in her second collegiate game.

Florence All-Stars put together a 15-3 run on Miami to tie the game at 34 before the half, but Roby’s efforts under the basket gave the Canes the 40-38 lead heading into the locker room.

The All-Stars took an early 41-40 lead in the third and the score remained the same for three minutes until 4:13 left on the clock. Junior guard Taylor Mason’s 3-pointer put the Canes ahead 44-43 with three to go, but the All-Stars pulled away and led 57-46 in the fourth. Mason finished with nine points  and went a perfect 2-for-2 at the line.

The fourth quarter saw the Canes cut into the lead numerous times with the likes of freshman forward Brianna Jackson pulling in a team-leading 11 boards and six points. Miami pulled within two points with just 33.3 seconds left, but the All-Stars converted on their final two free throws to win the game.

Miami will play its final game of its Italian tour on Wednesday against the Venice All-Stars.