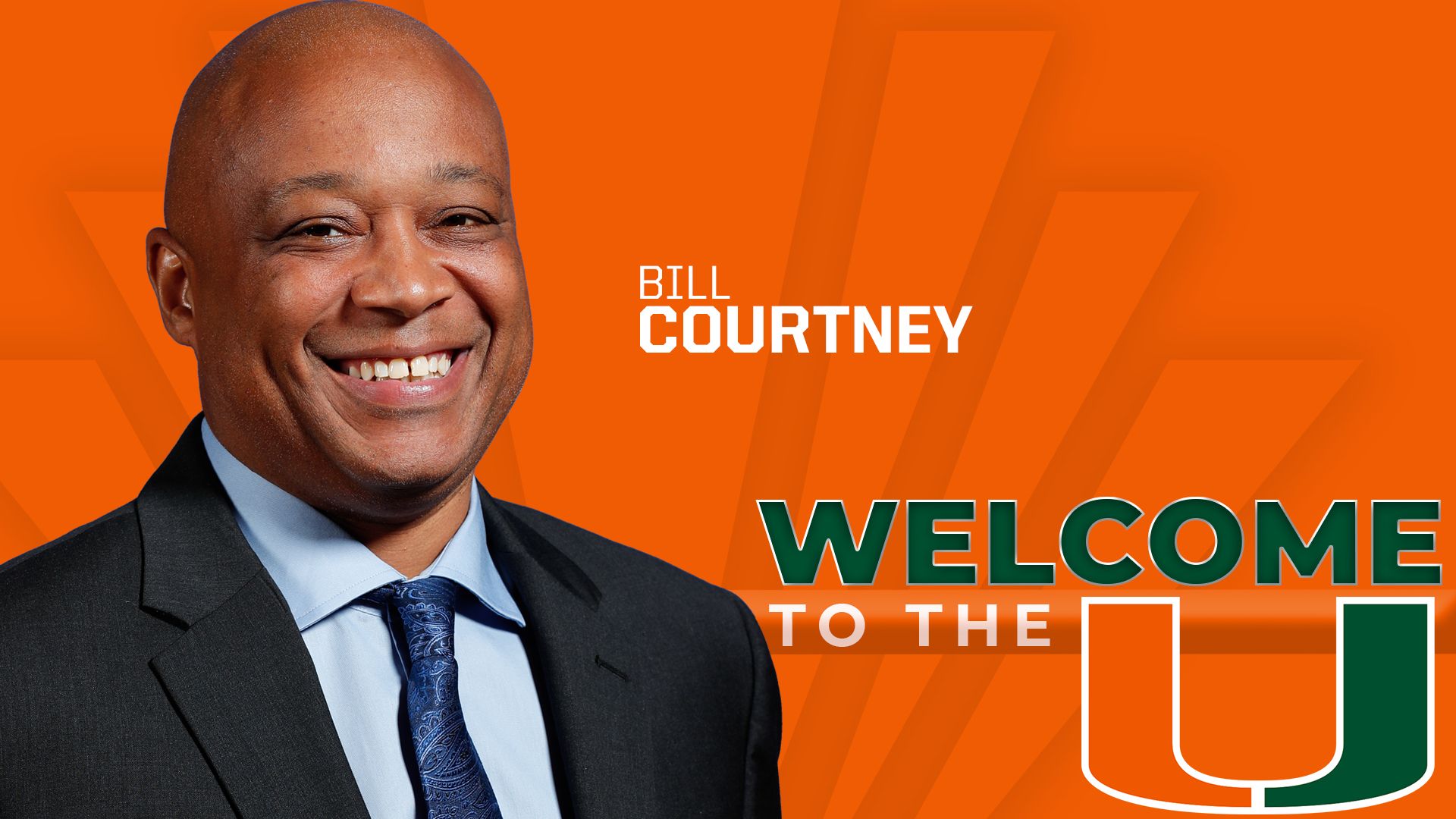 CORAL GABLES, Fla. – University of Miami men’s basketball head coach Jim Larrañaga has announced the addition of Bill Courtney as an assistant coach on his staff. This marks Courtney’s second tenure on Larrañaga’s staff, as he worked under Larrañaga as an assistant from 1996-2005 at Bowling Green and George Mason.

“We are excited to welcome Bill Courtney and his family to Coral Gables and the University of Miami,” Larrañaga said. “Bill served on my staff for nine years previously and was integral in helping build our successful teams at both Bowling Green and George Mason, including recruiting many of the players on our Final Four team at George Mason. He has previous experience at two schools in the ACC and brings a wealth of knowledge to our program.”

Courtney has more than 20 years of college coaching experience, both as an assistant and a head coach. Most recently, Courtney worked for two years as an assistant coach at DePaul. Under Larrañaga at George Mason, Courtney was largely credited with recruiting the core of players that helped the Patriots to the 2006 NCAA Final Four. He spent eight seasons as an assistant and associate head coach (1997-2005), helping the Patriots to a pair of regular-season CAA titles and four postseason bids, including trips to the NCAA tournament in 1999 and 2001.

Courtney played professionally for the Philadelphia Spirit of the United States Basketball League (USBL) and for the Milwaukee Bucks’ NBA Summer League team in 1992. He then spent two years playing professional basketball in Hong Kong. He earned the league’s most valuable player award and collected the 1993 Asian All-Star Game MVP Award.

Courtney earned first-team All-Patriot League accolades during his junior and senior seasons, serving as team captain both years. He set the school’s single-season scoring record of 619 points as a junior and graduated with 1,499 points, a mark that still ranks among the top 10 all-time at the school.

Courtney earned a bachelor’s degree in education from Bucknell in 1992 and was named to the Bucknell Athletics Hall of Fame in 2007.

Courtney and his wife, Gina, have two sons, Billy and Derek.