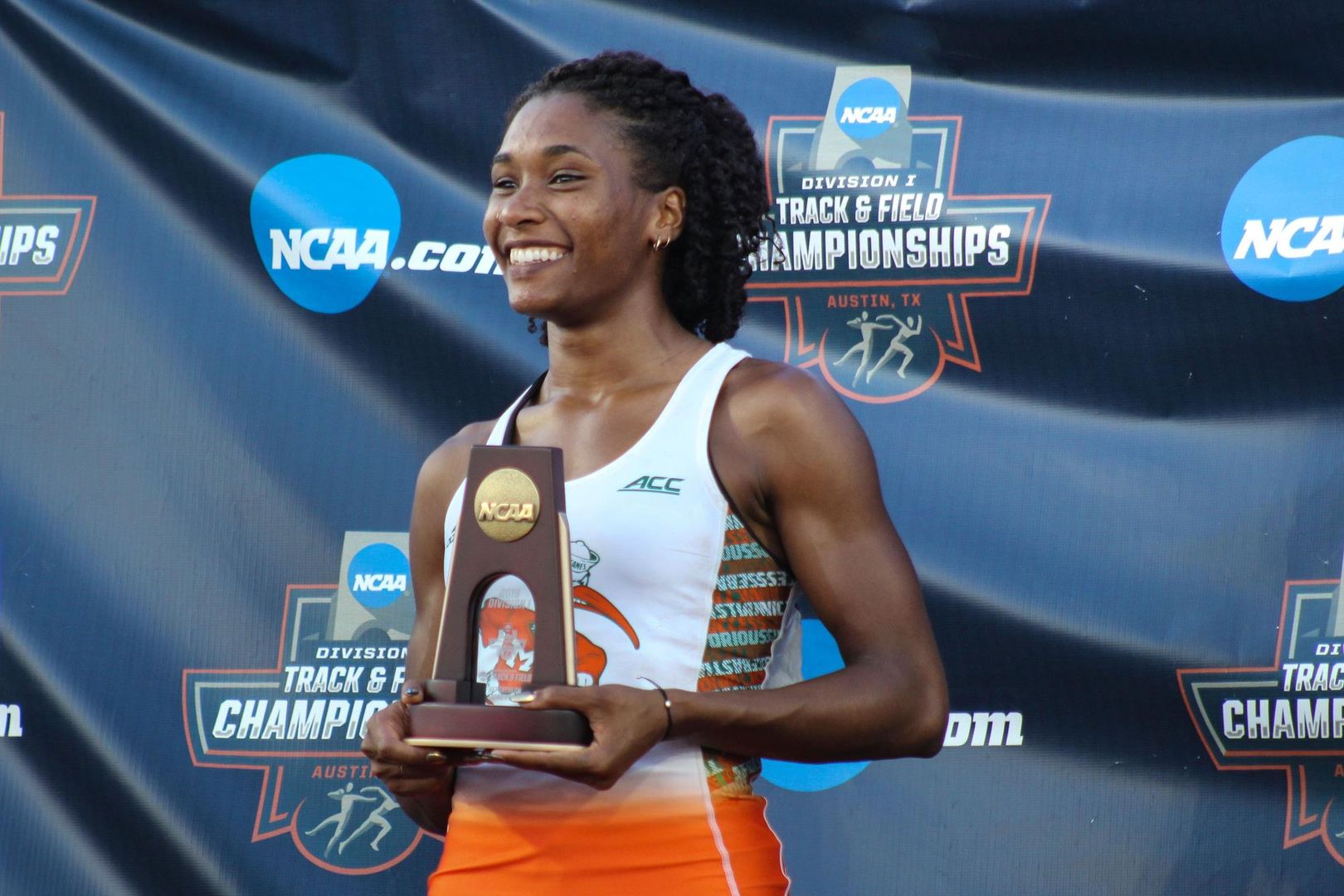 CORAL GABLES, Fla. – The University of Miami track and field program received 17 All-America honors at the conclusion of the 2019 NCAA Outdoor Championships, as announced by the US Track and Field and Cross Country Coaches Association (USTFCCCA).

Michelle Atherley led the way with her third-place finish in the women’s heptathlon, earning her First Team All-America honors. Atherley scored a Miami program record 6,014 points, while posting personal-bests marks in the 100m hurdles at 12.97 seconds and the 800m with a time of 2:10.50. Atherley also defended her ACC Outdoor Heptathlon this season, earning First Team All-ACC honors.

Ajagbe boasted a Top 5 finish in the women’s discus with a personal-best throw of 56.92m. Ajagbe now holds Miami’s second-best mark in the event, besting her previous mark of 56.93m. The sophomore also finished second at ACC Outdoor Championships in the event, earning First Team All-ACC honors. McMinn made her way to the podium with her seventh-place finish in the women’s 100m hurdles finals. McMinn registered a time of 12.97 seconds in the final and a personal-best and program record time of 12.74 seconds in the prelims to earn First Team All-America recognition. Gonzalez was the final Cane to be tabbed with First Team honors with her eighth-place finish in the 400m hurdles with a time of 58.43 seconds. The senior ran a season-best time 57.07 seconds in the prelims.

Kevin Arreaga, Brittny Ellis, Zakiya Rashid and both the 4×100 and 4×400 relay members all tabbed Second Team All-America honors with their impressive performances in Austin. Arreaga got the competition rolling for the Canes with a 10th-place finish in the men’s hammer throw. Arreaga’s thow of 67.39m just missed the finals with his mark, earning him Second Team All-America honors for the second-straight season.

The 4×100 relay made up of Carolyn Brown, McMinn, Alfreda Steele and Amuru Patterson registered a season-best time of 43.49 seconds and finished 10th overall. The time ranks as Miami’s third-fastest time in program history. The final Second Team accolades went to Kayla Johnson, Brittny Ellis, Samantha Gonzalez and Symone Mason, as the squad finished 17th overall with a time of 3:36.75.

Johnson and Raheem Chambers were the final Canes to earn All-America Honorable Mention. Johnson put together an impressive sophomore campaign reaching the 800m prelims, running a time of 2:12.17 to finish 22nd overall. Chambers finished his first season with the Hurricanes competing in the 100m dash. The junior finished 17th overall with his time of 10.09 seconds.