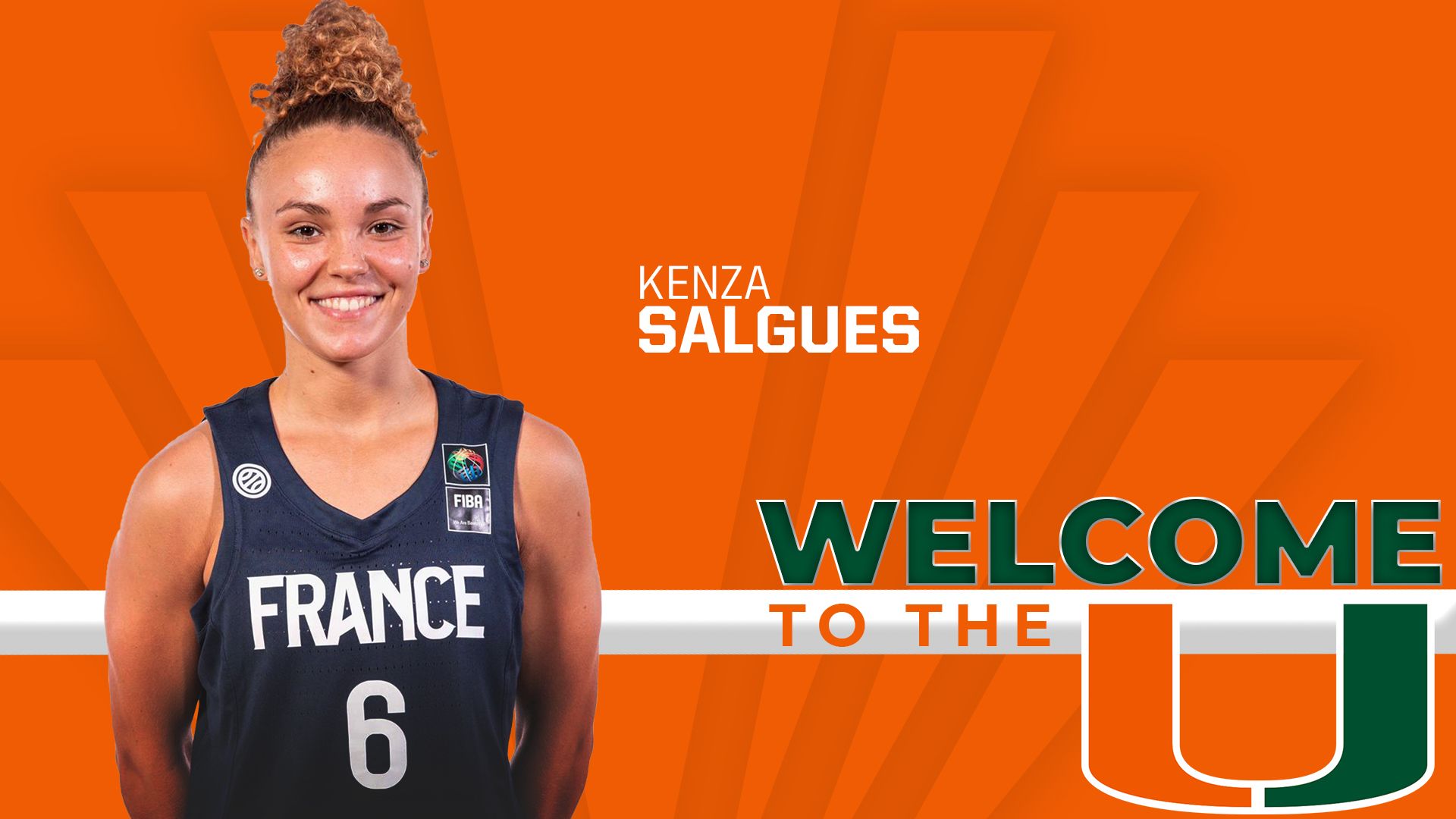 “Kenza is a floor general who does the little things you cannot teach,” Meier said. “She sets up her teammates for their best shot, has great vision and can hit an array of shots from around the perimeter, as well. Kenza is a dynamic leader with a great feel for the game. With her international championship experience, we are excited to see what she can add to our very talented returning squad.”

Salgues is a graduate of the National Institute of Sport, Expertise, and Performance in Paris. INSEP, as it is known, is a French training institute for the nation’s elite athletes between the ages of 15 and 18. Clint Capela, Boris Diaw, Tony Parker, Johan Petro and Ronny Turiaf are among the prominent alumni.

Originally a 2018 recruit, Salgues was ranked as the No. 20 international player in the class by ProspectsNation.com, including the fourth-best point guard. The website also considered her a four-star prospect and the second-best player from France.

“I think she is a kid that, athletically, will fit in very well with coach Meier and how she likes her guards to be able to play,” Keil Moore, the owner of Keil Moore Basketball, said. “She is a very good athlete with a good feel for the game. She can play point guard or off the ball as a shooting guard.

I think, offensively, she’ll be able to make more of an immediate impact. She can shoot the ball from the perimeter,” Moore added. “Like I said, she’s a good athlete. She can put some pressure on defenses, getting downhill and attacking the rim. I think it’s a really good addition to the Miami roster.”

At the FIBA U16 Women’s European Championship – Division A in August 2016, Salgues helped lead France to a bronze medal in Udine, Italy. She averaged 8.4 points, 2.4 rebounds, 1.9 assists and 1.6 steals across 23.5 minutes per game in seven outings.

Salgues scored in double figures three times and posted a tournament-best 16 points on 7-of-13 shooting in the third-place game against the host nation, Italy.

In August 2018, at the FIBA U18 Women’s European Championship – Division A, Salgues aided France to a seventh-place finish in Udine. She averaged 8.1 points, 2.0 rebounds and 1.7 assists in her 21.0 minutes per game, across seven contests, notching a high of 13 points in the quarterfinals against Hungary.

Salgues is set to be the first Frenchwoman whom Meier has coached at Miami and will represent the 10th different nation featured on one of Meier’s Hurricane teams.