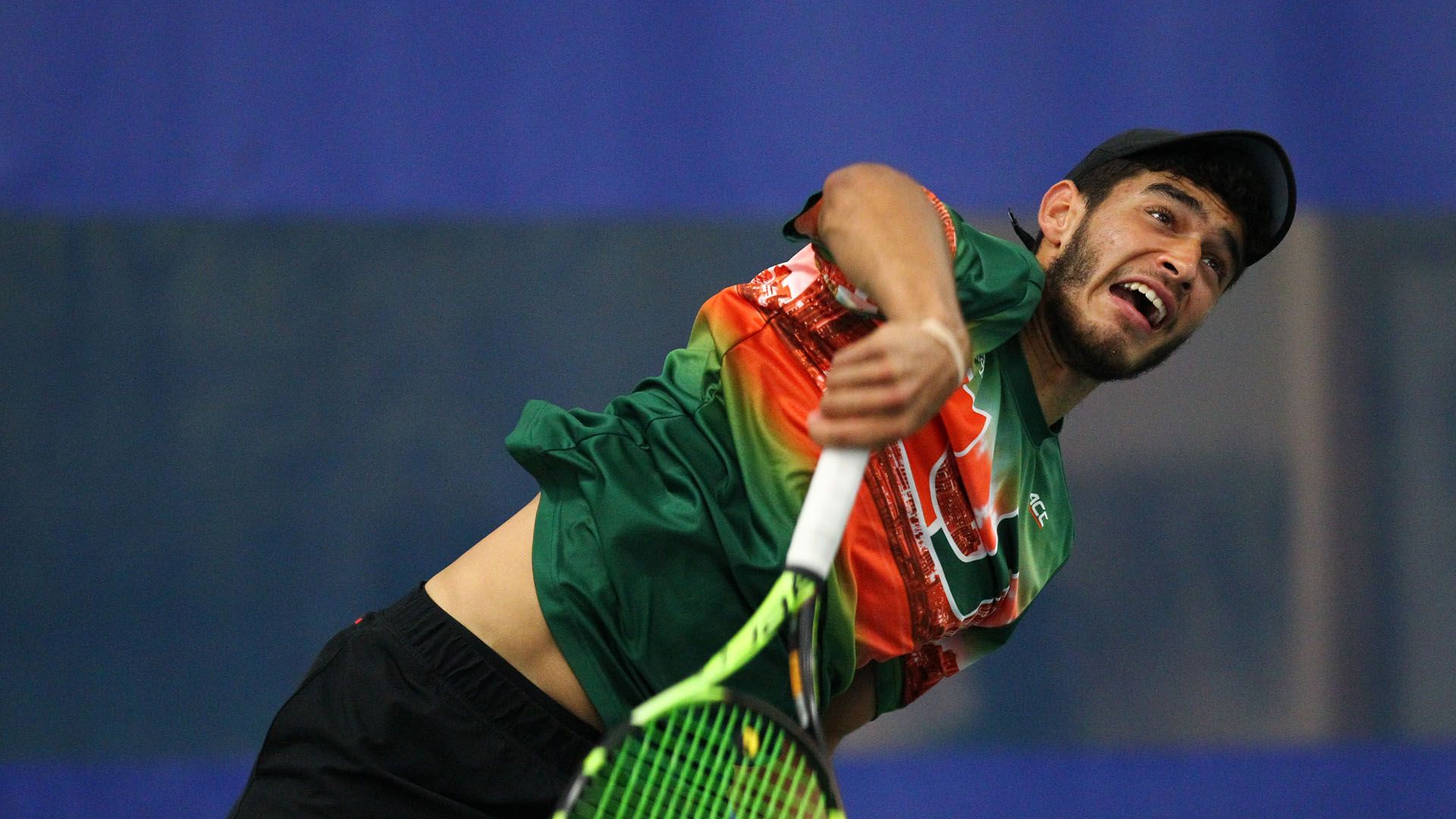 DURHAM, N.C. – Making its first appearance in the ACC Championship quarterfinals since 2011, the University of Miami men’s tennis team came up short against fourth-seeded and No. 20-ranked NC State, 4-2, Friday at the Sheffield Indoor Tennis Center.

“That was a very hard fought college match. Credit to NC State, they beat us down the stretch,” Miami head coach Aljosa Piric said. “It is always difficult to lose but we have to continue to learn and grow as a team, and use this experience to get better.”

“I’m proud of the guys, we probably played our best indoor match of the season; we went after it, we competed well, we tried to do things a little bit differently, and for the most part we did that,” Piric continued. “We have to continue to get better and use this experience to improve, because that is our goal and that is going to be our goal going forward. We will now get some rest and see where the NCAA tournament takes us.”

In doubles, the Wolfpack got a quick win on court 2, as Igor Svaeljic and Ivan Saveljic topped redshirt junior Dane Dunlap and sophomore Bojan Jankulovski, 6-1.

In the lone doubles match to remain unfinished, Tadas Babelis and Yannai Barkai held a 5-4 lead against freshmen Franco Aubone and Francisco Bastias.
In singles, the Wolfpack quickly doubled its lead when Babelis defeated Dunlap, 6-1, 6-3.

Trailing 4-1 in the second set, No. 81 Jankulovski won five straight games to place the Canes on the board with a 6-2, 6-4, win over Turzak.

Courts 5 and 6 were the lone matches to enter third-sets, with sophomore William Grattan-Smith and Aubone claiming the second sets to keep their respective matches alive.

Competing at No. 6 singles, Grattan-Smith quickly found himself in a 5-1 hole, before winning three straight games to pull within one, 5-4. However, the Atlanta native dropped the 10th game of the set, as Georgiy Malyshev clinched the overall match for NC State, 7-6 (7-2), 3-6, 6-4.