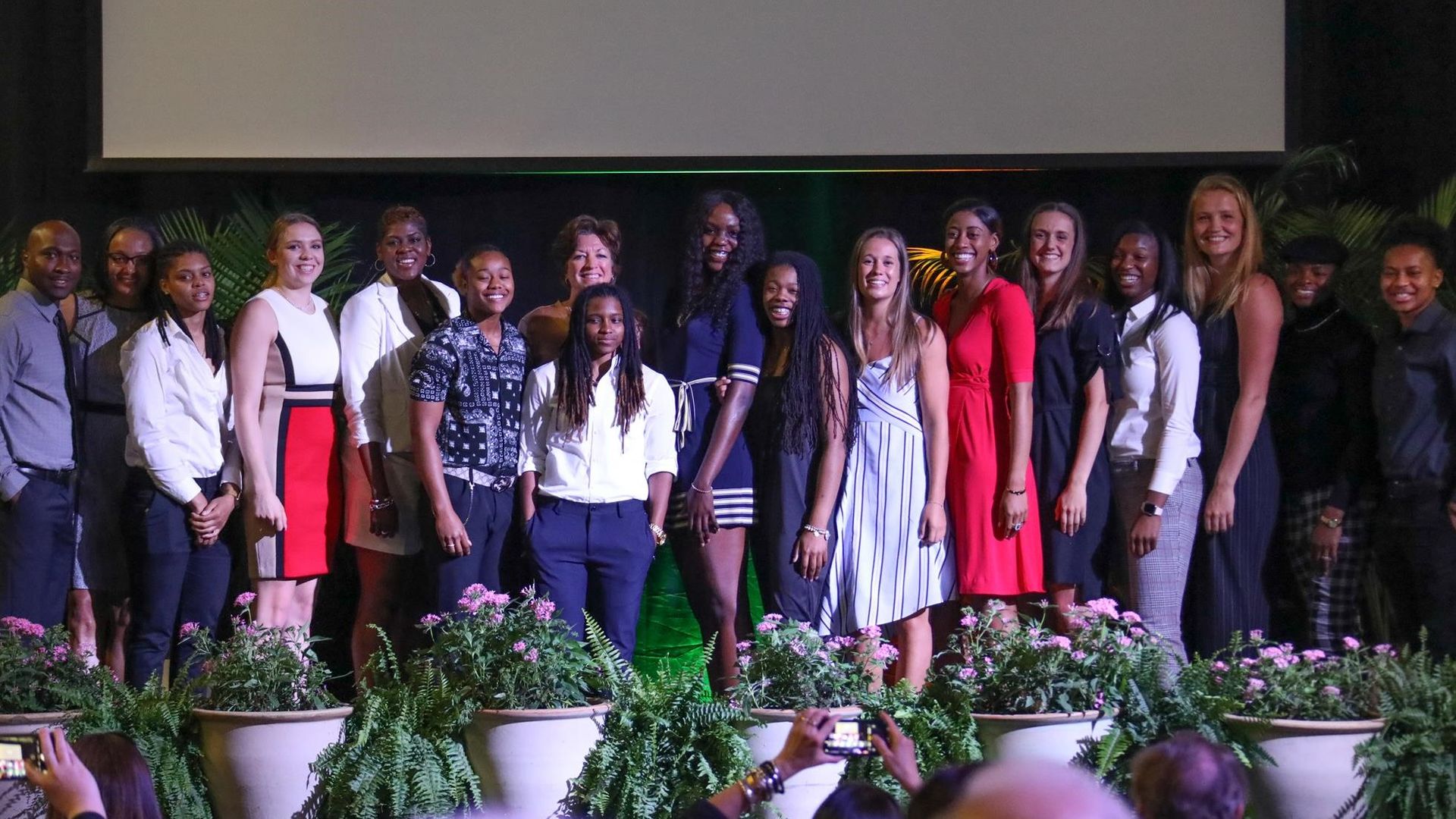 Miami finished the season at 25-9 (12-4 ACC) and ranked No. 20 in the USA TODAY Coaches Poll. The Hurricanes defeated six ranked teams, including two in the top five, en route to their 10th straight postseason berth and fifth consecutive NCAA Tournament appearance.

Cornelius, a guard from Groningen, Netherlands, earned three trophies, taking home the Assist Leader award and sharing both the Academic Award and the Captains Award.

Hof, a forward/center out of Utrecht, Netherlands, also received three plaudits, garnering the Most Improved Player, Most Intense Player and the Defensive Lockdown Award.

The other Hurricane to earn multiple honors was redshirt junior forward Beatrice Mompremier. The Miami native won both Most Valuable Player, sponsored by Barbara Levenson, and the Windex Award as the leading rebounder.

Prather, a fifth-year forward who hails from Upper Marlboro, Md., shared the Captains Award with Cornelius.

Endia Banks, a sophomore guard from Duluth, Ga., was the other honoree on the night, as she received the Strongest Hurricane award.

A full photo gallery from the 2018-19 Miami women’s basketball team banquet is available HERE, while a video recap can be found HERE.