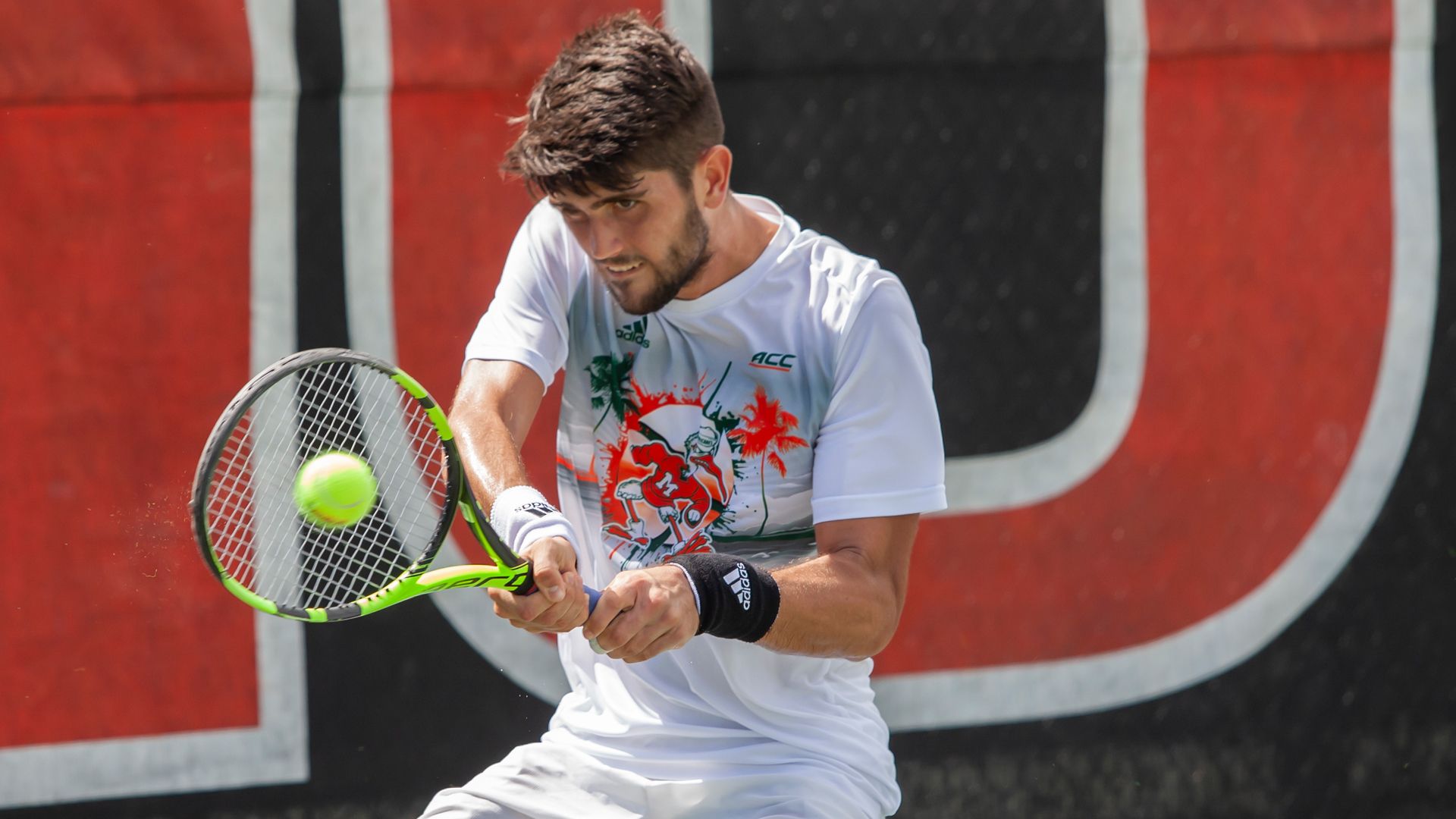 “Listen, that simply wasn’t good enough. We got beat and credit to NC State,” Miami head coach Aljosa Piric said. “We simply have to play better, we have to decide as a team that we will embrace indoor conditions on the road. Also, we have to make individual decisions that it is not okay to lose these matches.

“When we do that, individually and collectively, we are going to start being more successful on the road, indoors,” Piric continued. “We had one guy [sophomore Bojan Jankulovski] who decided he was going to play to win and that he was going to compete and be successful, and he ended up winning a point for us. So, it really starts with a decision and our guys need to make a decision that it is not okay to lose these matches. It is as simple as that.”

Following the result, No. 25 Miami (16-8, 7-4 ACC) locked up the fifth seed at the ACC Championship and will square off against the winner of the opening qualifier match between Boston College and Clemson Thursday at 9 a.m.

Competing alongside one another for the first time, sophomore Tatsuki Shimamoto and freshman Franco Aubone dropped their match against Tabas Babelis and Yannai Barkai, 6-3, as the Wolpack clinched the doubles point.

In the lone doubles match to remain unfinished, sophomores Jankulovski and Adria Soriano Barrera had claimed back-to-back points to pull within a game, 4-5, against Igor Saveljic and Ivan Saveljic.

In singles, the Wolfpack quickly doubled its lead when Igor Saveljic posted a 6-0, 6-2 win over Dunlap.

Competing at No. 4 singles, No. 81 Jankulovski claimed the opening 10 games against Barkai, as the sophomore placed Miami on the board with a 6-0, 6-3 triumph.

The other two matches did not begin, as the match was clinched before courts became available for Madonia and sophomore William Grattan-Smith.

The Hurricanes will wrap up the 2019 regular season in Winston-Salem, N.C., Sunday at 1 p.m. against the defending national champion, fourth-ranked Wake Forest.