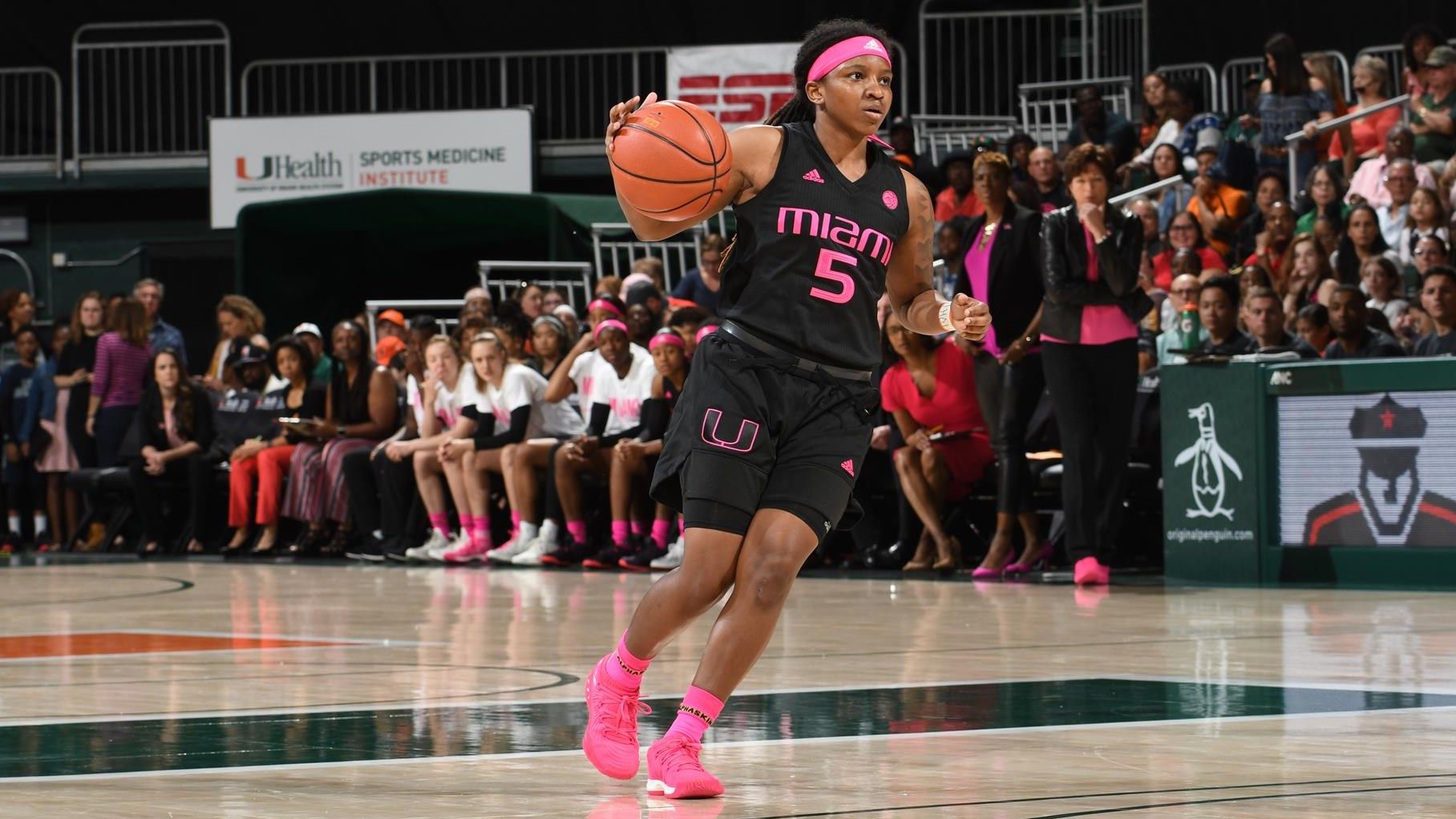 WBB Finishes No. 20 in Coaches Poll

The Hurricanes, who peaked at No. 14 during the season, garnered 231 points in the final balloting, just one shy of matching that No. 19 position. The complete poll is available HERE.

Miami is one of six ACC schools in the top 25, the most of any league in the country. The Hurricanes are joined by second-ranked Notre Dame, sixth-ranked Louisville, ninth-ranked NC State, No. 16 Syracuse and No. 23 Florida State.

The Hurricanes posted a 25-9 (12-4 ACC) record, logged six ranked wins, defeated two top-five foes, tied for third in the ACC and reached the NCAA Tournament Round of 32 in 2018-19, among many other achievements.