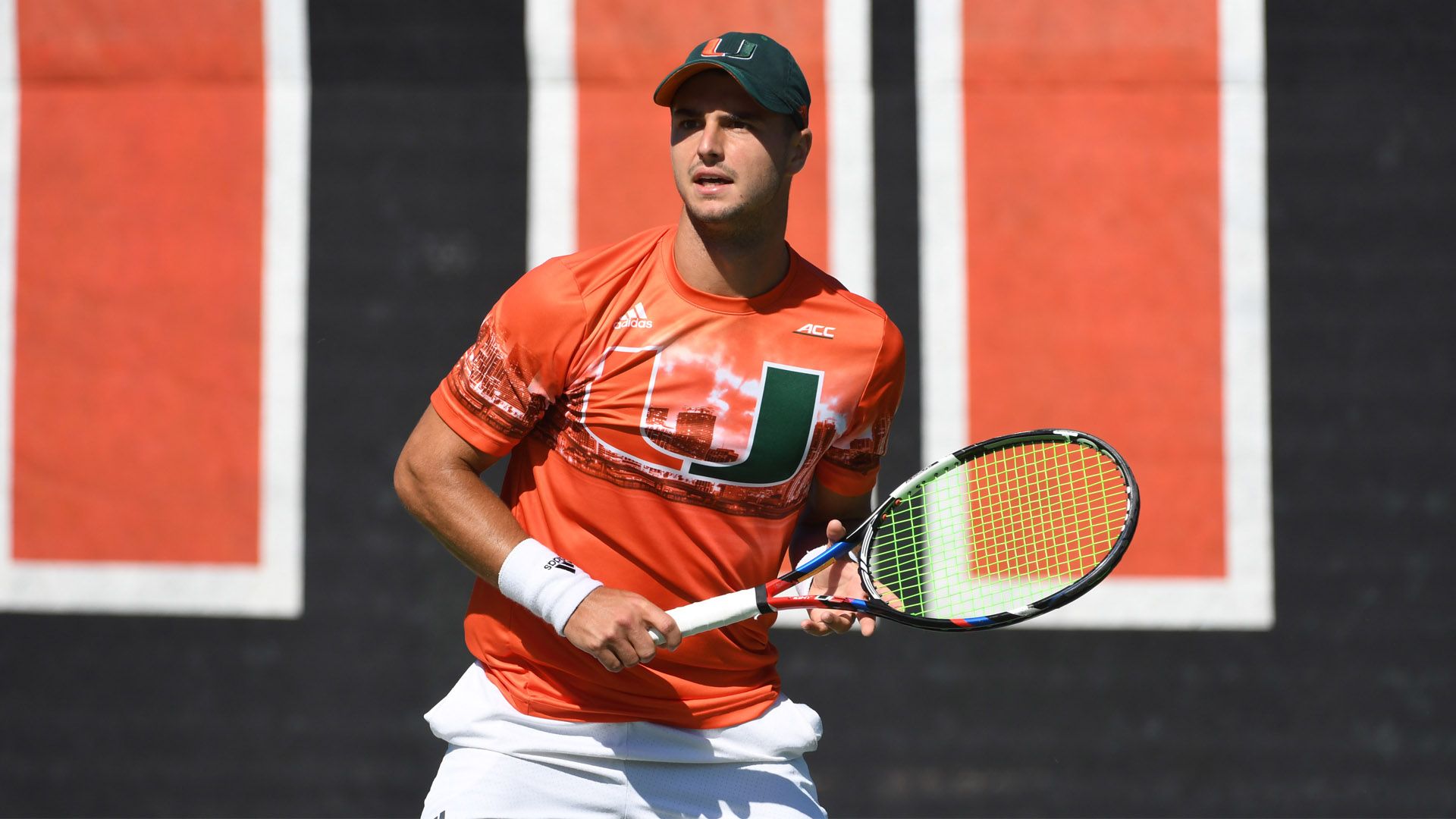 CHAPEL HILL, N.C. – Facing No. 11 North Carolina on its home court, the University of Miami men’s tennis team got off to a fast start in doubles, but it was not enough as the Tar Heels claimed the match, 4-1.

“Credit to North Carolina, they played well and they beat us today,” Miami head coach Aljosa Piric said. “Our guys played high level doubles and we ended up getting the doubles point; but in singles, it just seemed like we couldn’t get it going and they got on top of us quick. Our guys battled and competed, but we just couldn’t get any sort of momentum in singles.

“Credit to UNC, they are a good team and they played a good match,” Piric said. “We are going to learn from this and rest up tomorrow before getting back to work on Tuesday. We have a tough match on Friday at Louisvile, and our guys know how difficult it is to play on the road in the ACC. We are going to have to be at our best, but we are looking forward to the upcoming challenge.”

Battling the nation’s No. 53 pair, sophomores Adria Soriano Barrera and Tatsuki Shimamoto dropped the final three games against William Blumberg and Blaine Boyden, as UNC evened the playing field with a 6-3 triumph.

All tied at 5-5 on court 3, freshmen Franco Aubone and Francisco Bastias broke the serve of Mac Kiger and Simon Soendergaard, before clinching the doubles point, 7-5.

In singles, the Tar Heels claimed the opening sets on all six courts and Miami then looked to mount comebacks in the second.

Seeking a comeback bid, sophomore Bojan Jankulovski, ranked No. 81 on the Oracle/ITA singles list, earned back-to-back games to even the second set at 5-5; however, No. 109 Josh Peck closed out the match, 6-3, 7-5.

Two courts remained unfinished when the match was clinched, with both courts in second-set tiebreakers.

Miami will look to bounce back when it wraps up a three-match road stretch in Louisville, Ky., Friday at 4 p.m. against Louisville.