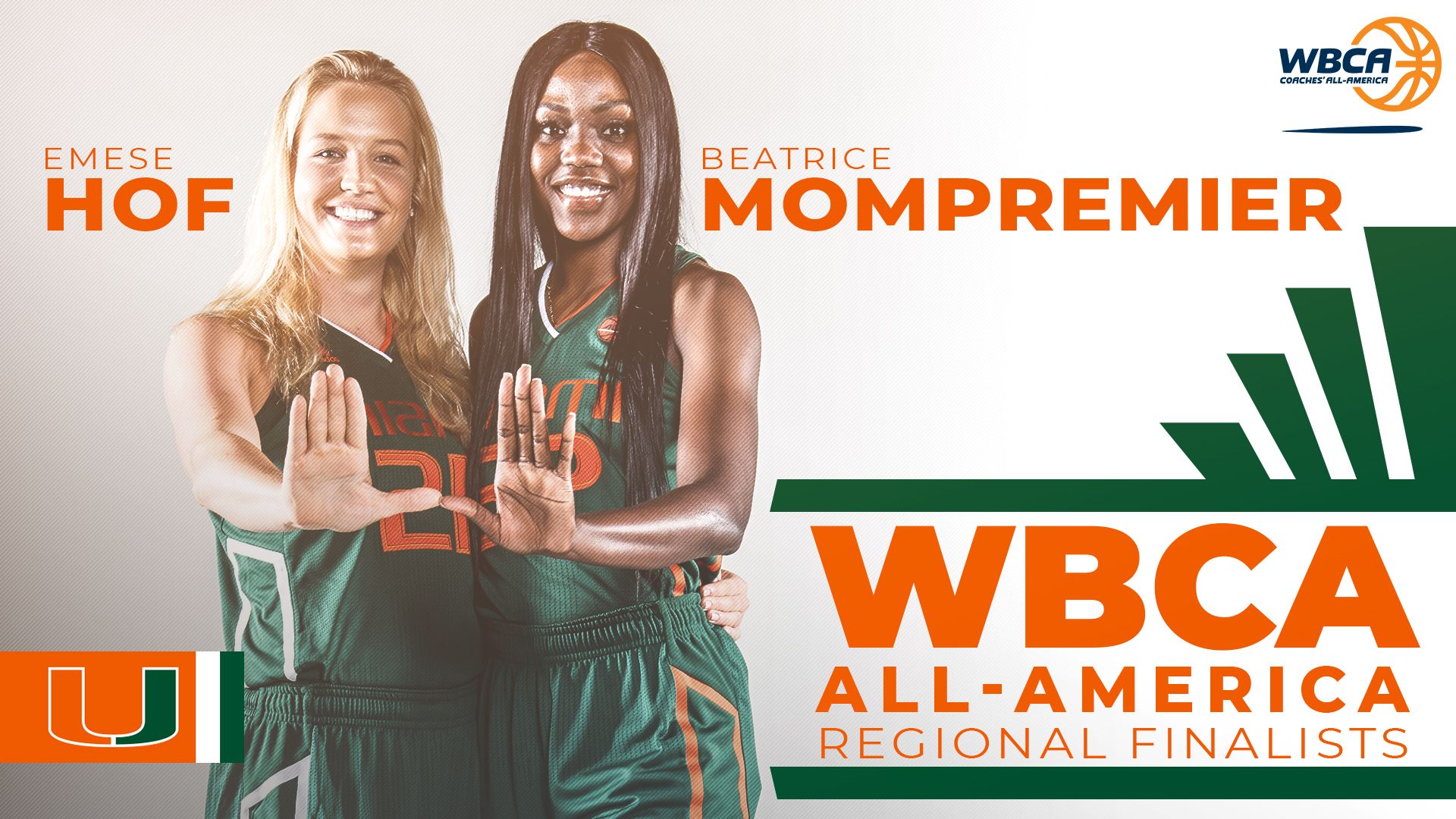 Emese Hof and Beatrice Mompremier both made the cut, as Miami earned two of the 13 spots in Region 1. Notre Dame is the only other team in the region with multiple honorees.

By receiving regional finalist distinction, both Hof and Mompremier have locked up at least WBCA All-America Honorable Mention accolades, the first Hurricanes to do so since Adrienne Motley in 2015-16.

The last time Miami had two players with All-America distinction from any outlet in the same season was 2011-12 with Shenise Johnson and Riquna Williams.

The Utrecht, Netherlands, native is averaging 14.6 points and 8.3 rebounds per game. She ranks sixth in the ACC in rebounding and second in blocks with 2.1 per contest. Her 59.7 percent clip from the field is third in the league and on pace to break the Miami single-season record.

A fellow First Team All-ACC pick, Mompremier is a three-time ACC Player of the Week who made the midseason watch list for the Citizen Naismith Trophy and the Wade Trophy.

Mompremier is one of five finalists for the Lisa Leslie Center of the Year Award and leads the ACC with 24 double-doubles this season. The Miami native, who has seven 20-point outings in 2018-19, is sixth in the ACC in scoring at 16.9 points per game and second in rebounding with 11.9 boards per contest.

The 10-player WBCA Coaches’ All-America Team will be announced April 4, during the WBCA Convention at Amalie Arena in Tampa Bay, Fla.