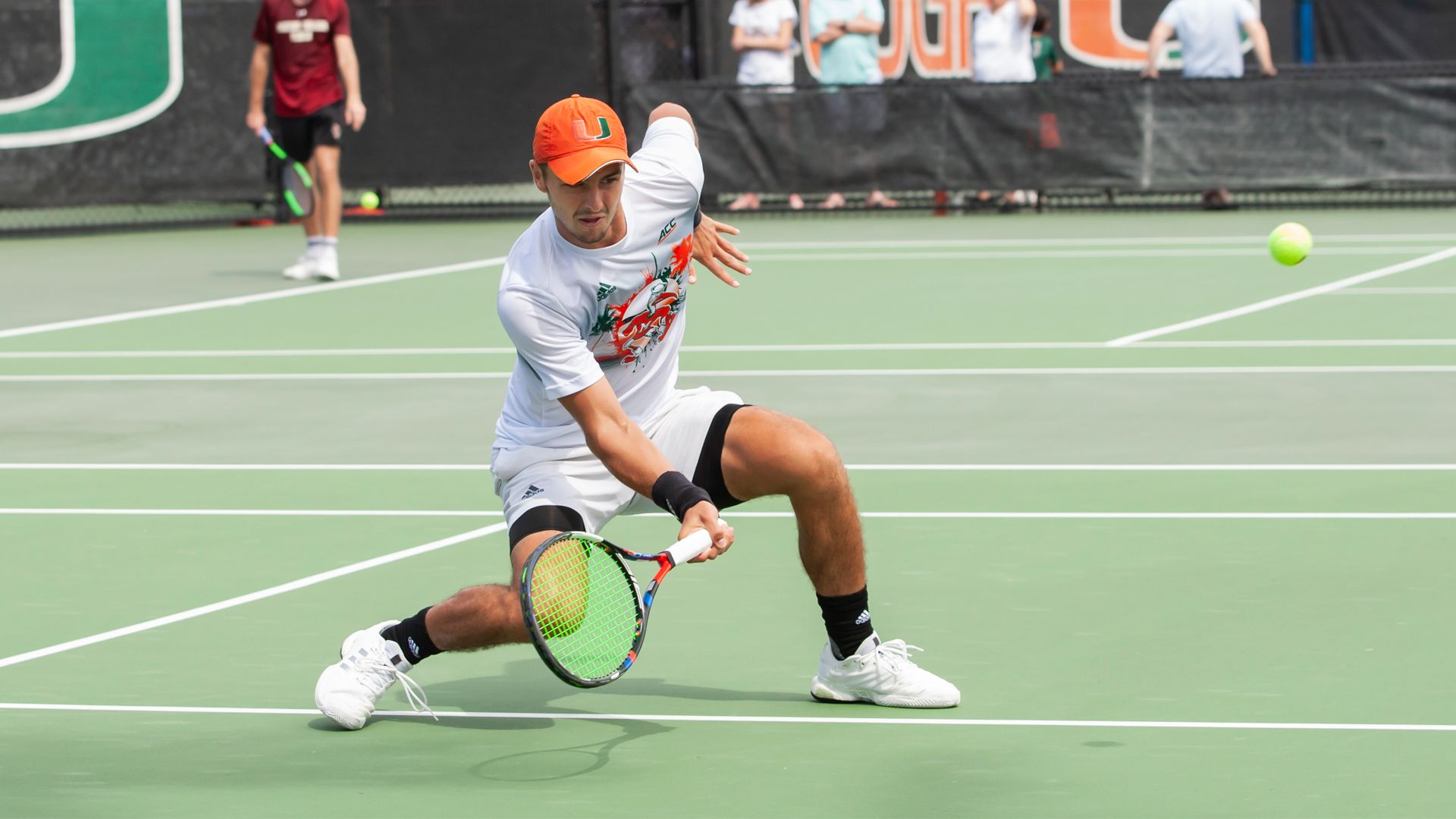 Miami Flies Past the Eagles, 4-0

Extending its win streak to five games, No. 36 Miami (13-4, 5-0 ACC) is off to the best conference start in program history since joining the Atlantic Coast Conference prior to the 2004-05 season.

As has been the case in the previous four conference matches, the Hurricanes got the afternoon started off on the right foot by collecting the advantageous doubles point.

Improving to 8-0 as a tandem this spring and 5-0 in conference action, freshmen Franco Aubone and Francisco Bastias clinched the doubles point over Conor Mullins and Markus Nordby, 6-2.

In singles, Dunlap quickly doubles the Canes’ lead with a dominating 6-1, 6-3 win over Grasel.

Making his second appearance in the singles lineup for Miami, Madonia cruised past Conor Mullins, 6-2, 6-1, to improve to 2-0 as a Hurricane.

Improving to 10-1 this spring and 8-1 in dual matches, sophomore William Grattan-Smith clinched the team victory, with a 6-2, 6-4 triumph over Sean Mullins.

Three matches remained unfinished, with Bastias holding a 6-4, 4-3 lead over Austin and Aubone a game away from clinching against Nordby, 6-4, 5-3.

Competing at No. 4 singles, Jankulovski was looking to mount a comeback, after dropping the opening set tiebreaker against Max Mendelsohn, 6-7 (2-7).

The Hurricanes return to the court at 6 p.m., with a matchup against Connecticut.