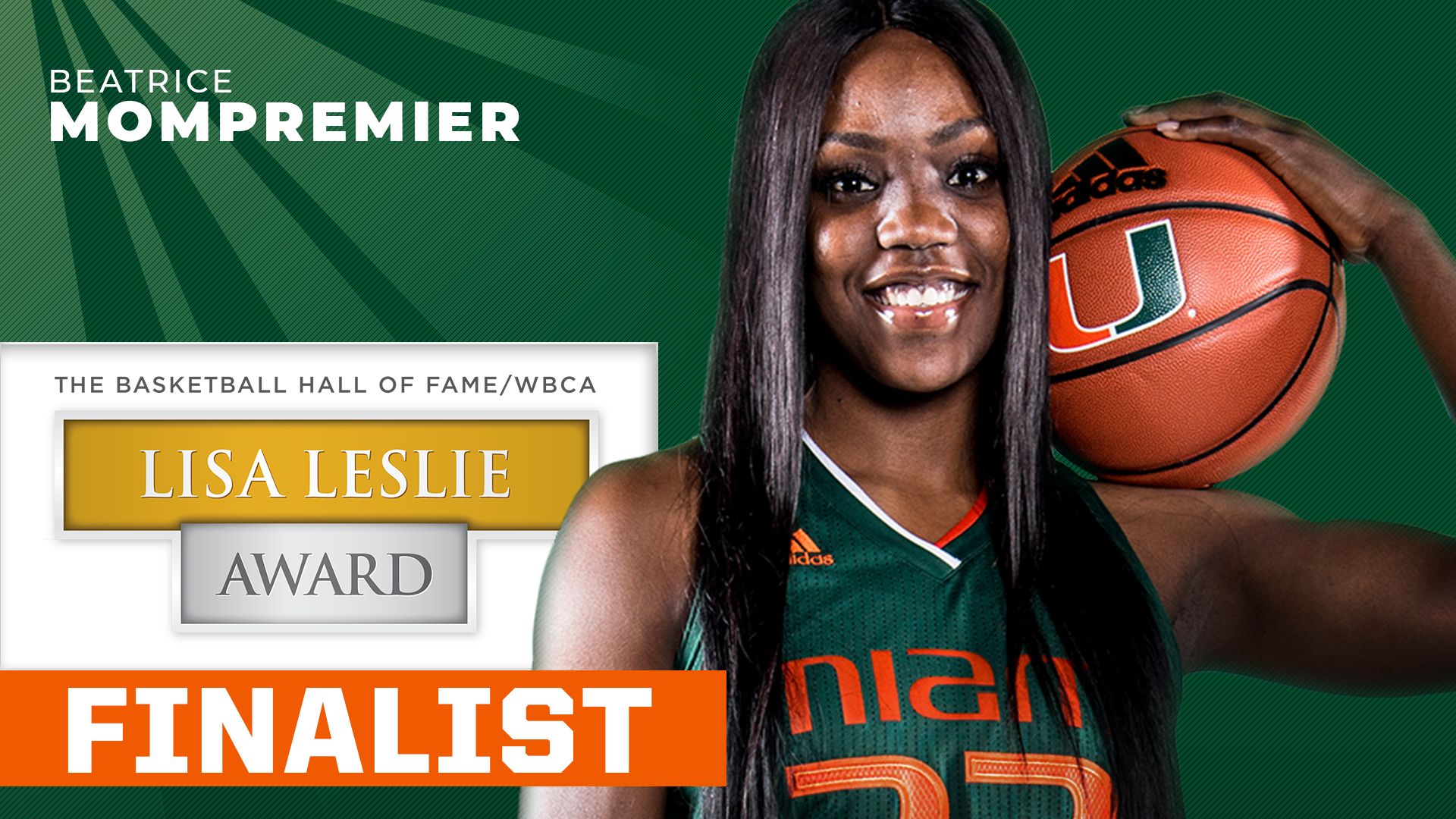 CORAL GABLES, Fla. – Beatrice Mompremier of the University of Miami women’s basketball team is a Lisa Leslie Center of the Year Award finalist.

The news was announced Friday afternoon by the Naismith Memorial Basketball Hall of Fame and the Women’s Basketball Coaches Association (WBCA).

“The finalists for this, and all the Naismith Starting 5 awards, are so deserving of praise and acknowledgement,” said Lisa Leslie, Basketball Hall of Fame Class of 2015. “I’ve enjoyed watching these student-athletes compete this season and will certainly be tuning-in down the stretch. I encourage all the fans to support their teams and vote for their favorite finalists.”

A national committee of top college basketball personnel determined the watch list of 20 student-athletes in October, which was narrowed to 10 candidates in February and now to just five finalists who will be presented to Ms. Leslie and the Hall of Fame’s selection committee.

The winner will be determined by a combination of fan votes and input from the Basketball Hall of Fame’s selection committee. Fans are encouraged to visit www.HoophallAwards.com to cast their votes March 15-29.

A redshirt junior forward with 24 double-doubles this season, Mompremier is averaging 16.9 points and 11.9 rebounds per game, while shooting 53.7 percent from the floor. The Miami native is top-five nationally in double-doubles and top-10 in rebounding.

Mompremier is a three-time ACC Player of the Week and was on the midseason watch list for both the Citizen Naismith Trophy and the Wade Trophy. A First Team All-ACC selection, Mompremier has seven 20-point games, six 15-rebound games and the lone 20-20 showing in the ACC this season.

The winner of the Lisa Leslie Award will be revealed during the WBCA Coaches’ All-America/Naismith Starting 5 Presentation April 4, at the Women’s Final Four in Tampa, Fla.