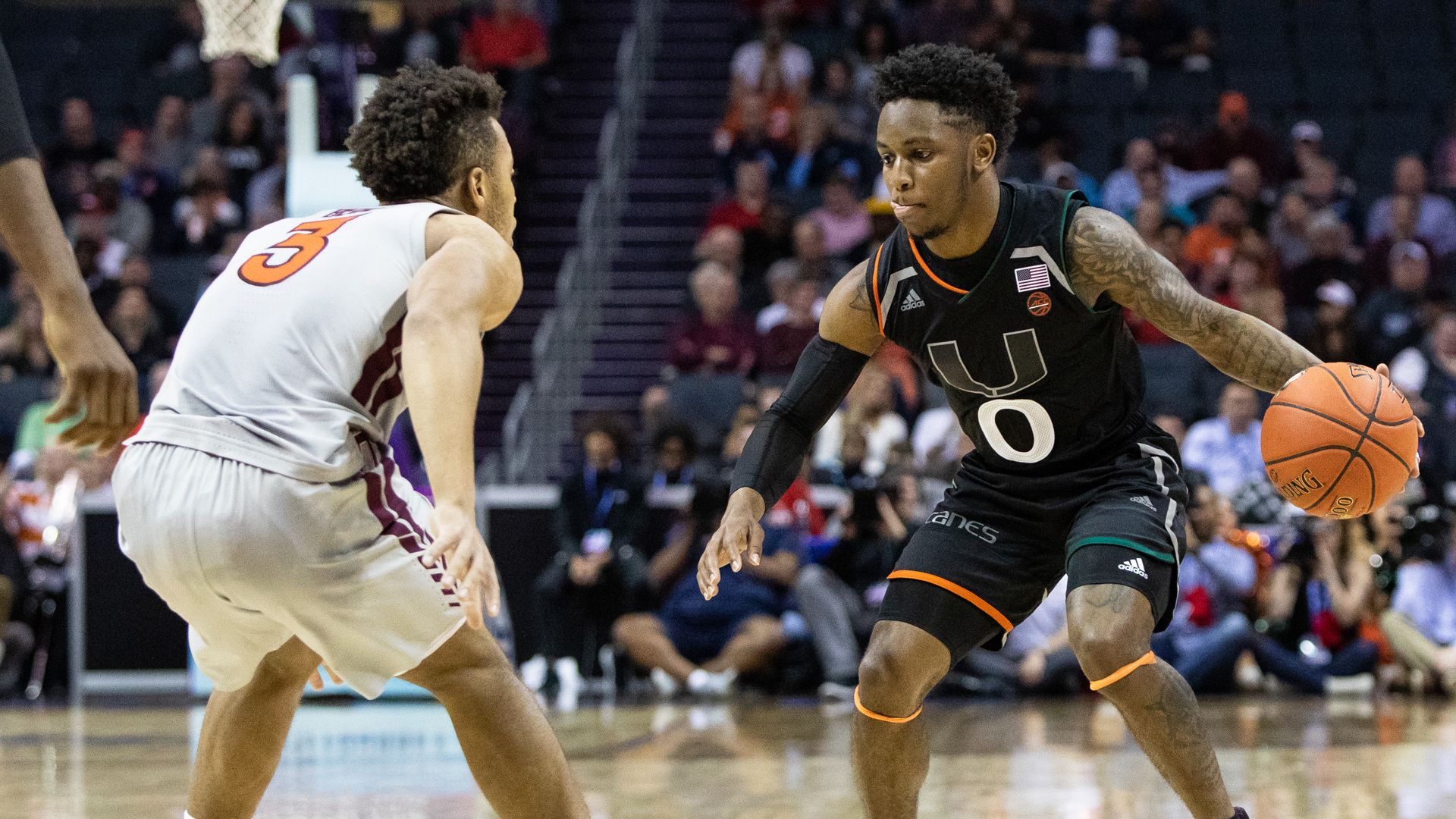 CHARLOTTE, N.C. – The University of Miami men’s basketball team closed out its 2019 ACC Tournament run Wednesday afternoon, falling to No. 16 Virginia Tech, 71-56, at the Spectrum Center. Miami is the 12-seed in the tournament, while Virginia Tech is the 5-seed.

Virginia Tech bolted to an early 11-0 lead and led by as many as 20 points before Lykes hit a buzzer-beating 3-pointer to cut the Hokies’ lead to 38-21 at the break. The Hokies shot 53.8 percent in the first half, led by Ty Outlaw, who went 5-of-5 from the field with four long-range buckets.

The Canes came out of the half with vengeance as they hit five of their first 10 shots, going on a 17-4 run over a 5:06 span. Senior center Ebuka Izundu’s dunk helped the Canes cut the Hokies’ lead to 42-35 before the first media timeout, but that was as close Canes would get.

Game Notes
• Miami is 15-14 all-time in ACC Tournament action, including 9-7 under Jim Larrañaga. The Canes have won at least one game in the tournament in seven of Larrañaga’s eight seasons.
• This marks the first time in the Larrañaga era that Miami lost three times to one team in the same season.
• Chris Lykes scored 19 points, reaching double figures for the 27th time in 32 games this season.
• Lykes hit for 16-plus points for the 20th time this season.
• Anthony Lawrence II played in his 130th career game, tied for fifth most in program history.
• Lawrence scored four points and finished with 1,043 career points, which is 34th in program history.
• Lawrence finished with 144 career steals, which is ninth in program history.
• Lawrence grabbed 11 rebounds, hitting double figures for the seventh time this season and the 13th time in his career.
• DJ Vasiljevic hit four 3-pointers and now owns 199 career triples, eighth in program history. He hit eight 3-pointers in the tournament.
• Playing in his 135th career game, Zach Johnson scored two points and finished with 1,720 career points (1,344 at Florida Gulf Coast, 376 at Miami). He missed the second half with a knee injury.