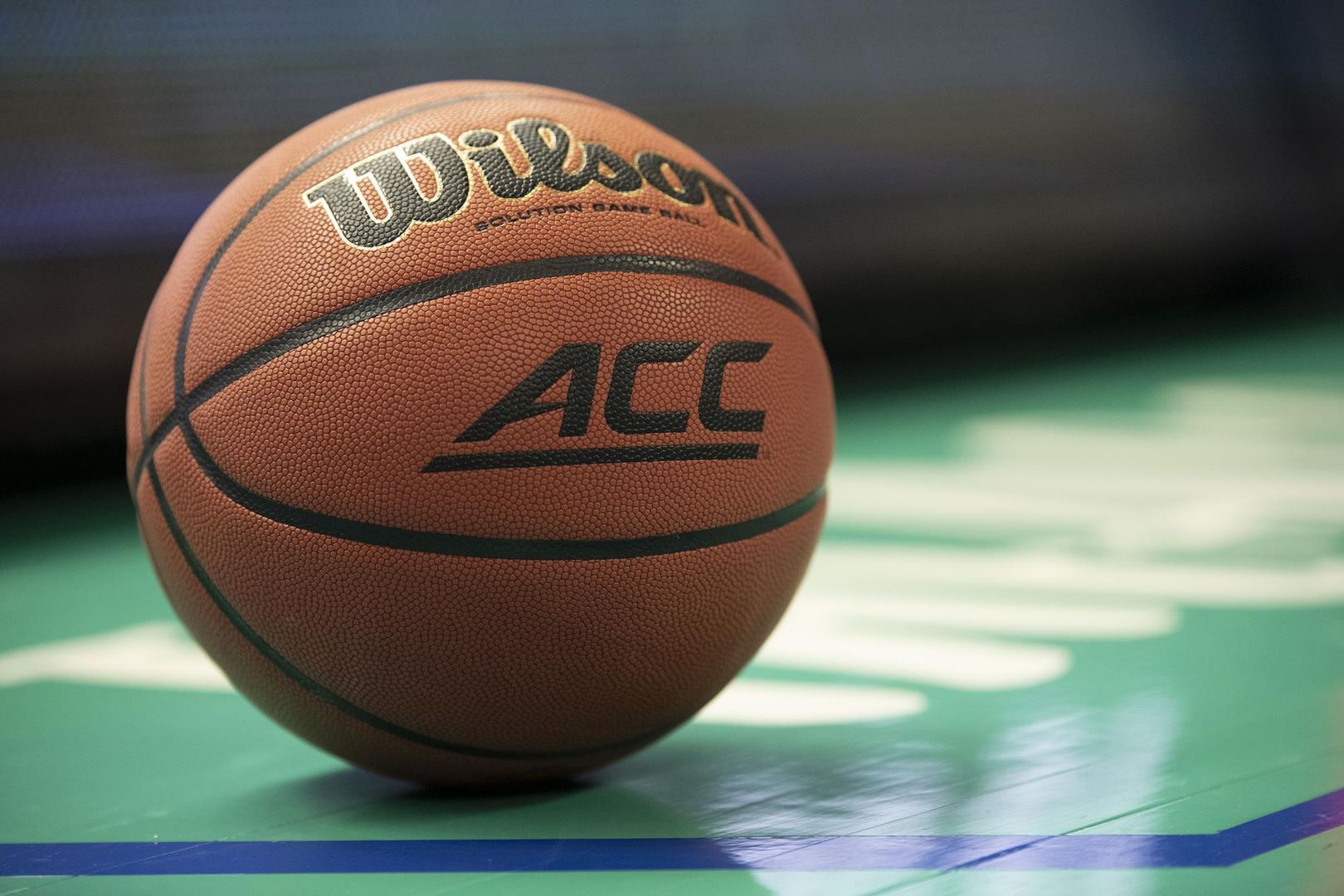 GREENSBORO, N.C. – The fourth-seeded University of Miami women’s basketball team’s rally came up short Friday in the ACC Tournament quarterfinals, as the Hurricanes dropped a 92-85 decision to fifth-seeded Syracuse.

Nonetheless, the Orange’s ACC Tournament record-setting 14 made 3-pointers proved to be too much at the Greensboro Coliseum.

“A lot of talent on that basketball court today; that had to be amazing to watch. Huge credit to Syracuse,” Miami head coach Katie Meier said. “. . . Syracuse is very, very good. We generated opportunities that could have [put us] on the other side.”

Miami used a quick 8-0 run to break a tie late in the first period, but Syracuse scored the last six points of the frame and the Hurricanes led by two, 21-19, when the horn sounded.

The Orange used a 23-4 run that included 14 consecutive points and five shots from long range to build a 16-point edge with 1:27 left in the half. A late three-point play by Miami made it 50-37 at the intermission after Syracuse scored 31 points in the period, the most the Hurricanes have given up in a quarter in 2018-19.

Syracuse, which tied for the most points in a half by a Miami opponent this season, shot 9-of-19 from 3-point range, tied for the second-most makes by a Miami foe in a half. The Orange went 7-of-11 in the second period alone. Meanwhile, the Hurricanes went 1-of-8 beyond the arc in the opening 20 minutes.

The Orange led by 15 midway through the third quarter, but the Hurricanes rattled off a 16-6 run to close it, including notching nine of the final 10 points, to trim the deficit to five, 67-62.

“Defensively, we made some real good adjustments in terms of spotting their shooters a little bit, playing a zone and giving ourselves a chance to spot them rather than chase them,” Meier said of the comeback effort. “. . . We tried that in the first half, but our players just didn’t close out that extra four inches. In the second half, we stayed with that game plan, but we asked them to give a little bit more effort and I think it was obvious. Offensively, we got to the pinch post and let Emese [Hof] and Bea control the game.”

The Orange, however, countered with a 9-3 spurt that included a pair of 3-pointers to go in front, 76-71, with 6:14 on the clock and the Hurricanes could not pull any closer than three the rest of the way.

Along with setting a new top mark in points, Mompremier matched her career high in made field goals. The Miami native went 5-of-7 from the line and added 10 rebounds to register her ACC-leading 24th double-double of the season. Her 27 points were the most by a Miami player since Mykea Gray amassed that same total on Nov. 10, 2017 against FIU in last year’s season opener.

Mompremier set the program record for makes in an ACC Tournament game, as well as finished with the second-most points, third-best field goal percentage (min. 10 FGA) and the co-fourth-most defensive rebounds (nine).

Hof, a senior forward/center, tied her season high with 25 points, posting a 10-of-15 mark from the field and a 5-of-7 ledger at the line. She chipped in seven rebounds, three blocked shots and two assists in a career-high 37 minutes of action.

The Utrecht, Netherlands, native tied for the second-most made field goals, second-most blocked shots and and third-most points in an ACC Tournament game by a Hurricane, as well as logged the fourth-best field goal percentage.

Junior guard Tiana Mangakahia paced the Orange with 25 points, including their first eight of the day, on 10-of-21 shooting and logged 13 assists to tie the ACC Tournament record.

“What a performance [by Syracuse]. I’m going to hang my head because I think there’s some things we could have controlled, including offensive rebounds in the last three minutes of that game,” Meier said. “But my gosh, you’ve got the Tiana thing you’ve got to solve and, all of a sudden, Strautmane steps up and then Drummond starts hitting.”

The Hurricanes, who have dropped back-to-back games for the first time this season, finished with a 48-32 edge in points in the paint, but Syracuse logged 21 points off Miami’s 15 turnovers and the Hurricanes recorded 10 off the Orange’s eight giveaways.

Miami will now await word on its seeding for the NCAA Tournament, which is set to be its eighth appearance in the last nine years, including the fifth in a row.

MIAMI HURRICANES POSTGAME NOTES
– The Hurricanes are now 20-10 in their all-time series with Syracuse, with a 1-1 mark in conference tournament play, including a 0-1 ledger in the ACC Tournament.
– Miami, which dropped its opening game in the event for the first time since 2014, moved to 10-14 in ACC Tournament play, including 6-5 as a higher seed, 0-1 as a No. 4 seed, 1-3 as a top-four seed and 9-11 as a single-digit seed.
– Mompremier (24) and Hof (nine) have combined for 33 double-doubles over 28 of the Hurricanes’ 32 contests, while redshirt junior guard Laura Cornelius has one as well, giving Miami 33 as a team.
– Five different Hurricanes have combined for a total of 28 20-point outings across 25 of the team’s 32 games this season.
– Hof moved past both 1,200 points and 500 made field goals at Miami, Mompremier eclipsed 1,050 points as a collegian, Gray surpassed 250 made field goals in her career and Cornelius eclipsed 750 points, 1,500 minutes played and 250 made field goals as a collegian.