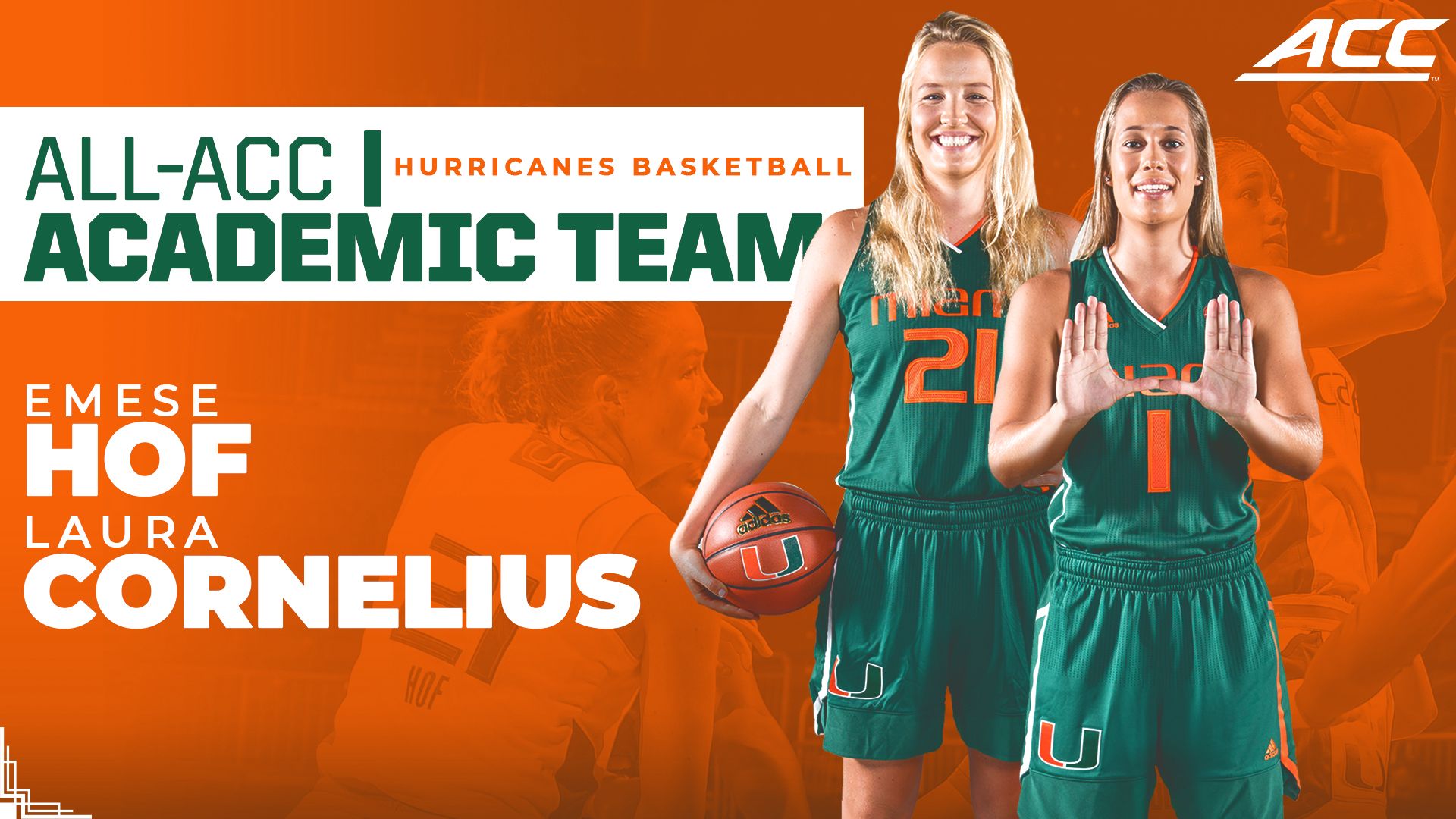 CORAL GABLES, Fla. – Emese Hof and Laura Cornelius of the University of Miami women’s basketball teams are members of the All-ACC Academic Team, as announced Friday morning by the conference office.

Hof is now the first Hurricane to make the team four times. The only other player to garner even three such accolades is Stefanie Yderstrom.

Meanwhile, Cornelius also received the distinction in 2016-17, making her the fifth multiple-time honoree in program history.

A senior forward/center, Hof owns a superb 3.503 GPA while majoring in exercise physiology and minoring in psychology.

A First Team All-ACC honoree who also earned ACC Most Improved Player and ACC All-Defensive Team plaudits, Hof has 11 20-point games and nine double-doubles this year. She is averaging 14.6 points, 8.3 rebounds and 2.1 blocks, while shooting 59.7 percent from the floor.

A redshirt junior guard, Cornelius sports a dazzling 3.679 GPA while majoring in public health and minoring in both sports medicine and sociology.

Cornelius is averaging 10.0 points, 3.4 rebounds and a team-high 4.2 assists per game this season, while shooting 38.9 percent from beyond the arc. She finished second in the league in ACC play with an 87.2 percent clip from the free throw line.

This is the fourth year in a row Miami has placed multiple players on the All-ACC Academic Team, dating back to Hof’s first recognition in 2015-16.