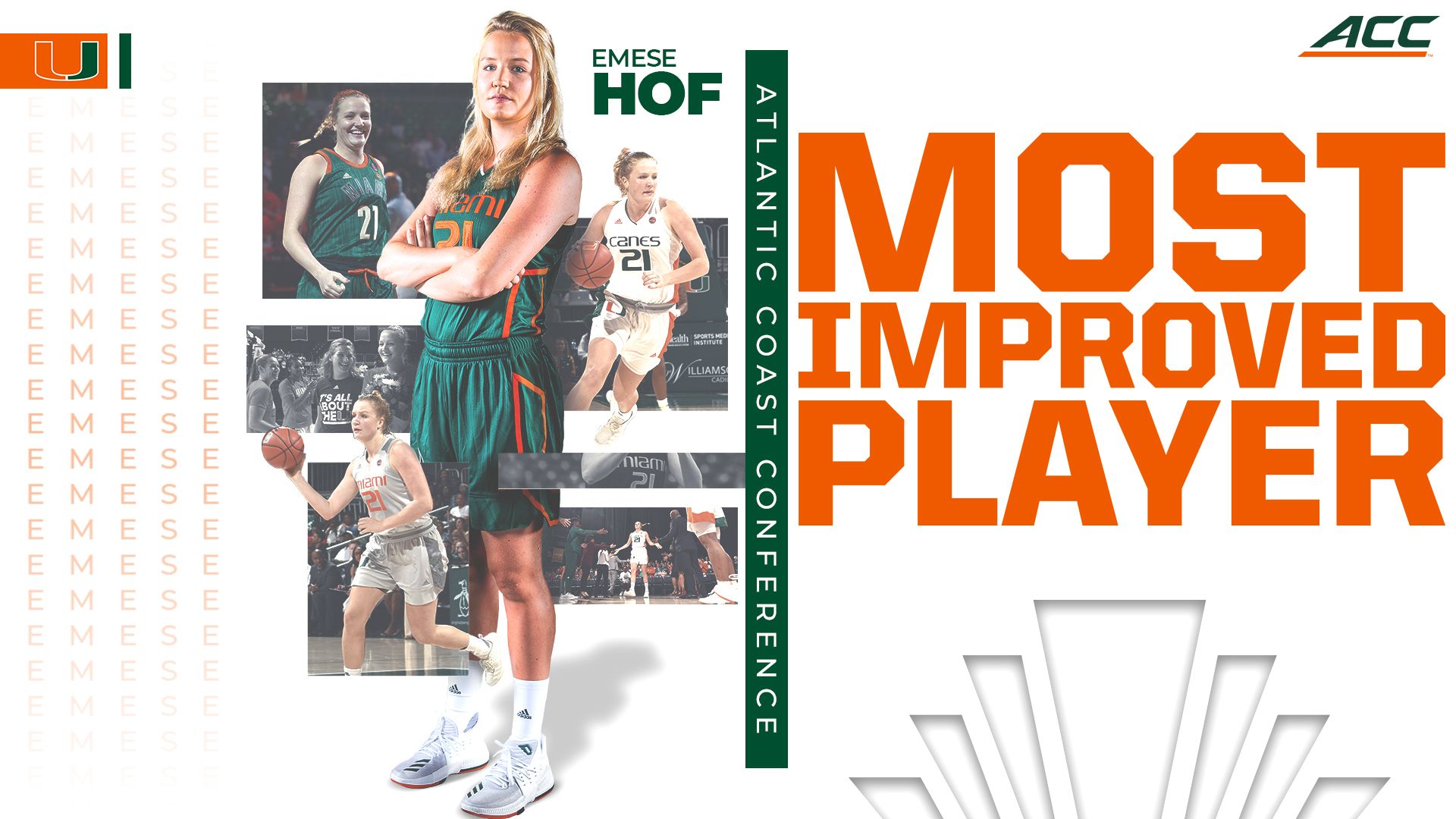 CORAL GABLES, Fla. – Emese Hof of the University of Miami women’s basketball team is the ACC Most Improved Player, as announced Wednesday morning by the conference office.

A senior forward/center, Hof is the first player to win the league accolade, which is in its inaugural year.

“I’m so proud of Emese. I think this award is a testament to hard work and, certainly in her case, tremendous perseverance, as she battled through ankle injuries,” Miami head coach Katie Meier said. “I think so much of her improvement this season has been that she’s been a lot healthier. The way she played last season was heroic, based on some of the limitations. I’m really excited for her and I’m really happy that her efforts and approach to recovering from injury are getting rewarded.”

Hof’s individual award comes a day after tallying two other conference plaudits. Tuesday, she was named a First Team All-ACC pick by both the Blue Ribbon Panel and the ACC Coaches, as well as an ACC All-Defensive Team honoree.

The Utrecht, Netherlands, native is the lone player in the league to earn consensus All-ACC accolades, win an individual award and make the all-defensive or all-freshman team.

Through 31 games this season, each of which she has started, Hof is tied for fifth in the league with 10 20-point outings and tied for sixth with nine double-doubles.

Hof is the third Hurricanes to win a conference most improved player of the year award. During Miami’s time in the BIG EAST, Kym Hope was the 1997-98 honoree and Frances Savage won the accolade in 1991-92.