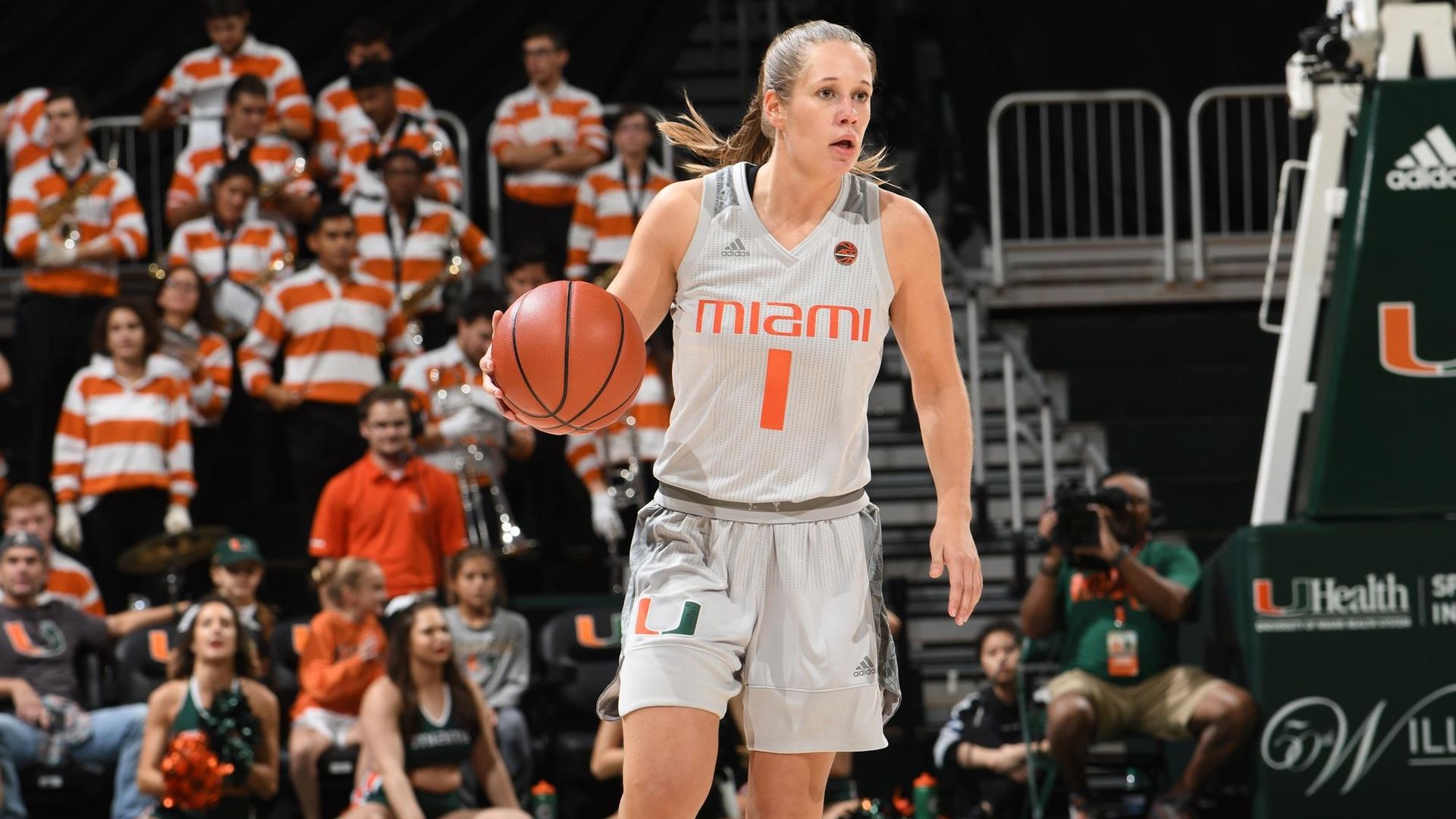 CORAL GABLES, Fla. – The University of Miami women’s basketball team is in the top 16 of both major polls for the third week in a row.

The Hurricanes went 1-1 last week, first registering a 69-56 victory Thursday over Georgia Tech at the Watsco Center. Miami followed that with a 70-68 setback in the regular season finale at then-No. 10 NC State.

Miami earned 289 points in the AP Poll this week and dropped just one spot on the list. The full poll is available HERE.

Meanwhile, the Hurricanes held steady at No. 15 in the Coaches Poll and garnered 326 points in the balloting. The complete list can be found HERE.

Additionally, Monday night, the Hurricanes were listed as the No. 13 overall team in the NCAA Selection Committee’s latest top-16 reveal.

Miami resumes play Friday at 11 a.m. in the ACC Tournament quarterfinals in Greensboro, N.C., against a to-be-determined opponent.