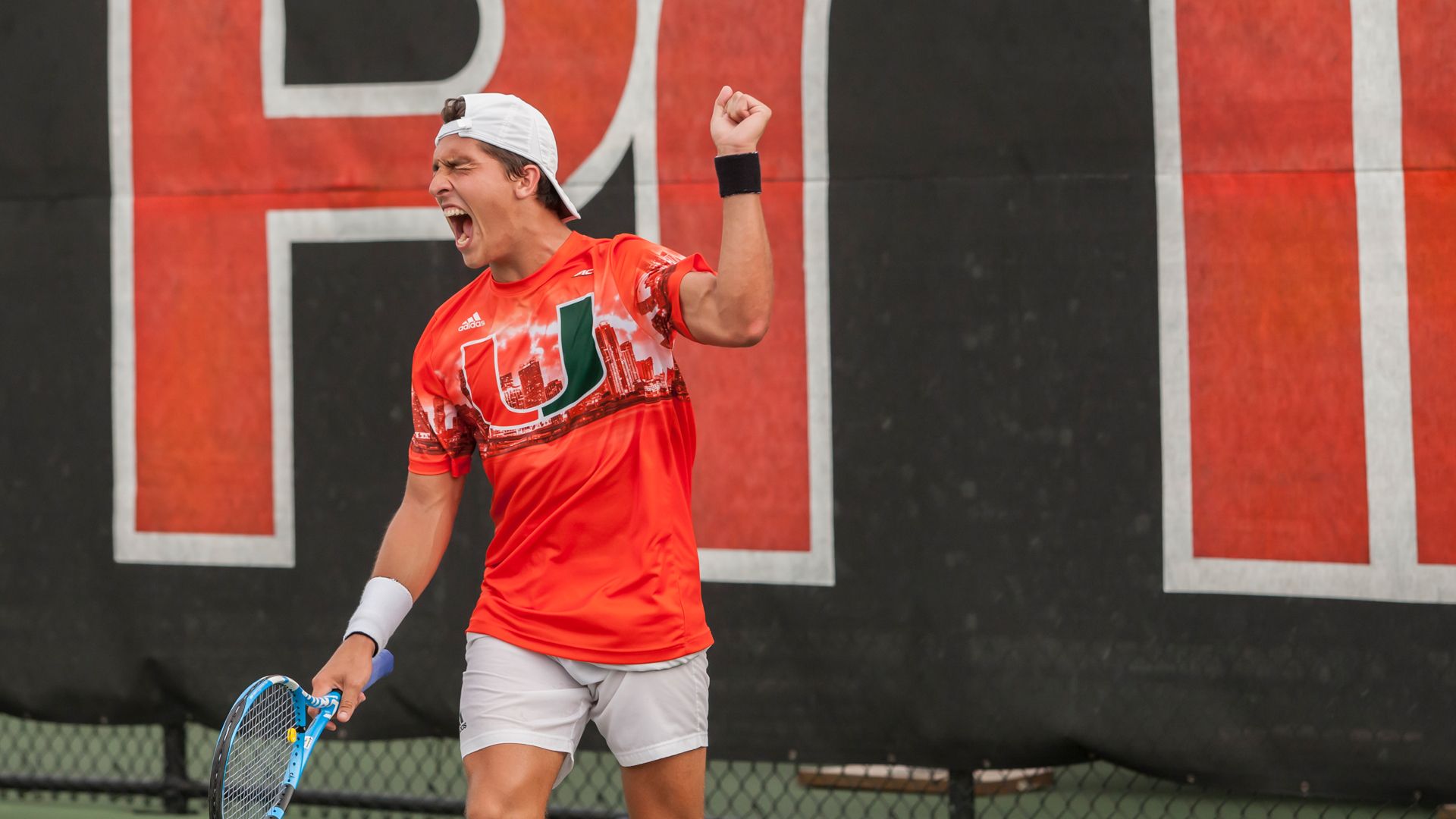 CORAL GABLES, Fla. – In the ACC opener on Friday, the No. 35 University of Miami men’s tennis team topped Georgia Tech, 6-1, at the Neil Schiff Tennis Center.

“The ACC is so tough, so it is always great to start the conference season off with a win,” head coach Aljosa Piric said. “Georgia Tech is always so well prepared and we really had to battle today, which is exactly what our guys did. The guys came together and competed really well and got us off on a good foot going forward. We are going to get some rest tonight, get a good practice in tomorrow and get ready to play Clemson on Sunday.”

Miami got the day off on the right foot, claiming the advantageous doubles point to help carry momentum into singles action.

Trailing 1-4 in the match, freshmen Franco Aubone and Francisco Bastias rallied off five-consecutive games to seal the victory over Joseph Gandolfo and Chris Yun, 6-4.

In singles, Georgia Tech quickly evened the score at 1-1, when Li defeated sophomore Bojan Jankulovski, ranked No. 75 on the Oracle/ITA singles list, 6-2, 6-1.

The Hurricanes immediately broke the tie when Dunlap picked up a straight set victory over Gromley, ranked No. 106 nationally, 6-3, 6-3.

After securing his 11th consecutive set, 6-1, sophomore William Grattan-Smith dropped his first of the spring, 1-6, against Gandolfo in the second. Rebounding in the final set, the Atlanta, Ga., native tripled Miami’s lead in the overall match with a 6-1, 1-6, 6-1 triumph.

Holding a 6-1, 6-6 advantage when Grattan-Smith won his contest, Aubone found himself in a familiar position looking to clinch the overall match for the Hurricanes. After dropping three of the opening four tiebreaker points, Aubone won the final six points to collect his fourth clinch of the season, 6-1, 7-6 (7-3).

The remaining two matches were played out with court 2 being the first to finish.

In a top-40 showdown, No. 36 Divar took the early lead through one set, 6-1, over No. 24 Soriano Barrera. Rebounding in the second set, 6-3, the Barcelona, Spain, native was able to force a third. In the final set, the sophomore trailed 5-6 before picking up a break point to set up a tiebreaker. Soriano Barrera closed out the match with back-to-back points to secure the victory, 1-6, 6-3, 7-6 (7-5).

Miami will return to the Neil Schiff Tennis Center on Sunday at 10 a.m. when it plays host to Clemson.