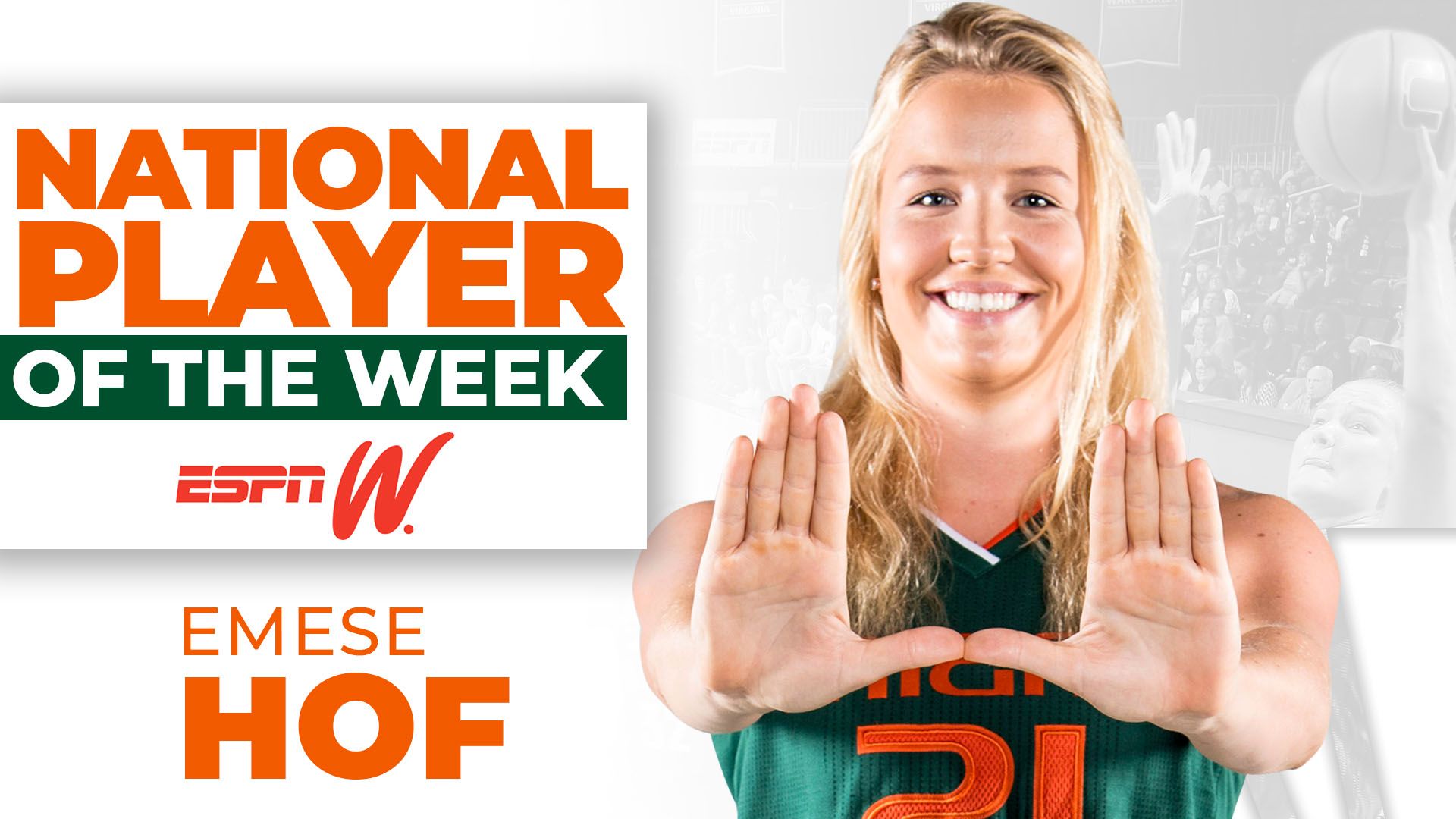 Hof Selected as espnW National Player of the Week

CORAL GABLES, Fla. – For the second straight Monday, a member of the University of Miami women’s basketball team has earned a national player of the week accolade.

Hof guided No. 20 Miami (22-5, 10-2 ACC) to the biggest regular season win in program history Sunday, a 79-73 decision on the road against second-ranked Louisville.

The Utrecht, Netherlands, native finished with a game-high 25 points, tying her season best. The total set a new top career mark in ACC play, as did her 10 made field goals and five assists, while her three steals matched her top number in league play.

Hof, who also pulled down a co-team-high seven rebounds, notched her team-leading ninth 20-point game of the season. She had zero turnovers in the game and scored 18 points on 7-of-10 shooting in the second half alone.

Miami now has back-to-back national player of the week honors after going four-plus years since the last one, which came on Jan. 12, 2015, when Adrienne Motley garnered the plaudit from espnW.