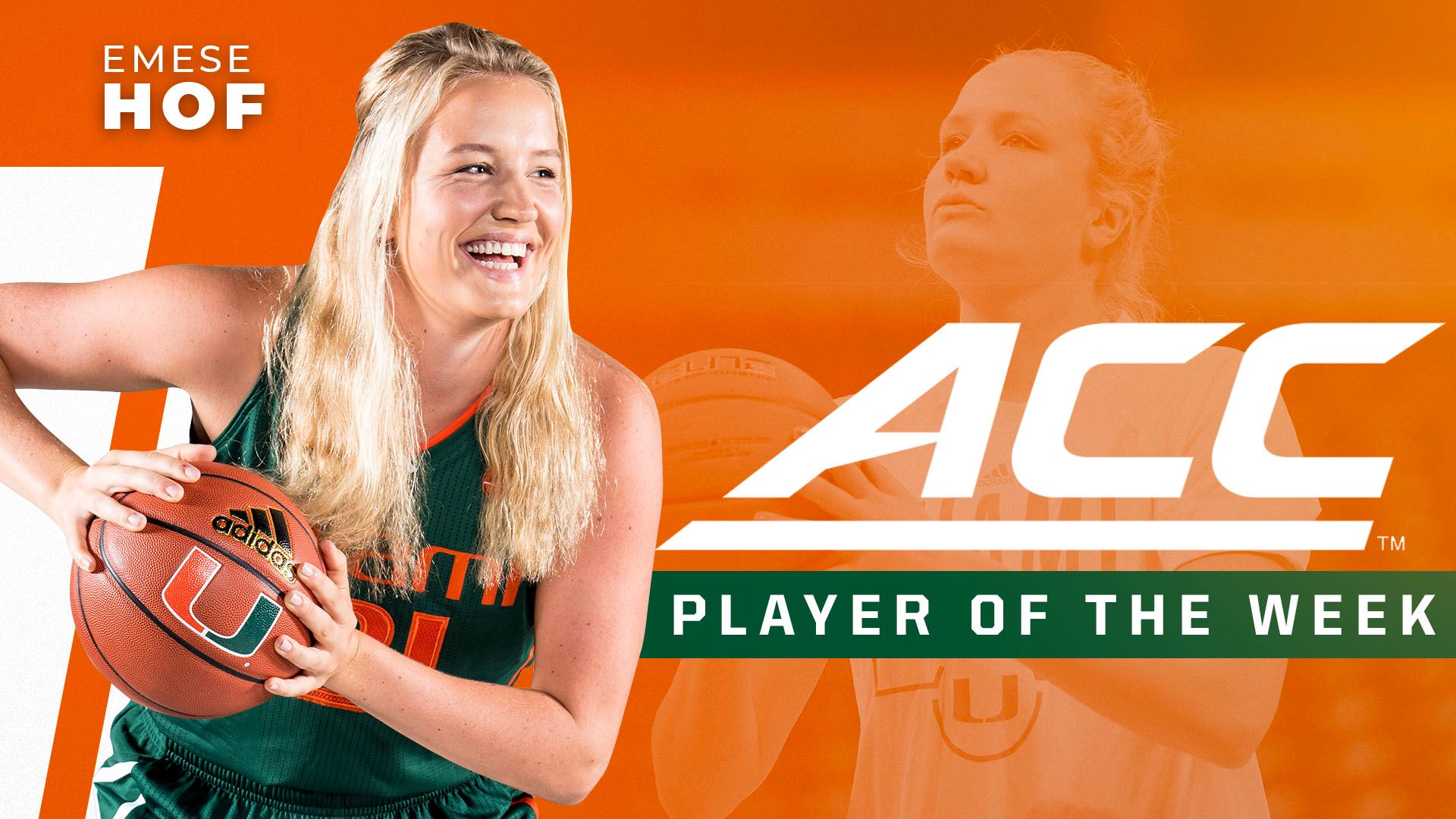 CORAL GABLES, Fla. – Hours after garnering espnW National Player of the Week distinction, Emese Hof of the University of Miami women’s basketball team picked up ACC Player of the Week plaudits, as announced Monday afternoon by the league office.

The Hurricanes are the first team with four ACC Player of the Week recognitions in 2018-19, as Hof joins three-time honoree Beatrice Mompremier, a redshirt junior forward. Miami and North Carolina are the only schools with multiple players on the list thus far.

This is the first time the Hurricanes have two different ACC Player of the Week winners in a season since 2012-13 in Morgan Stroman and Shawnice Wilson.

The last time Miami received the accolade in consecutive weeks was 2010-11, when Shenise Johnson did so on Feb. 14 and Feb. 21. The only prior occurrence was 2004-05 with Tamara James recognized on Feb. 7 and Feb. 14. Never before have two different Miami players won the award in consecutive weeks.

A senior forward/center from Utrecht, Netherlands, Hof led all players with 25 points, tying her season high and setting a personal best in ACC play. She also logged ACC career highs in made field goals (10) and assists (five), while matching her top mark in steals (three).

Hof added a co-team-high seven rebounds and committed zero turnovers for the Hurricanes, who rallied from a 14-point second-quarter deficit to defeat the Cardinals. She scored 18 of her points after halftime, including 12 in the final period alone.