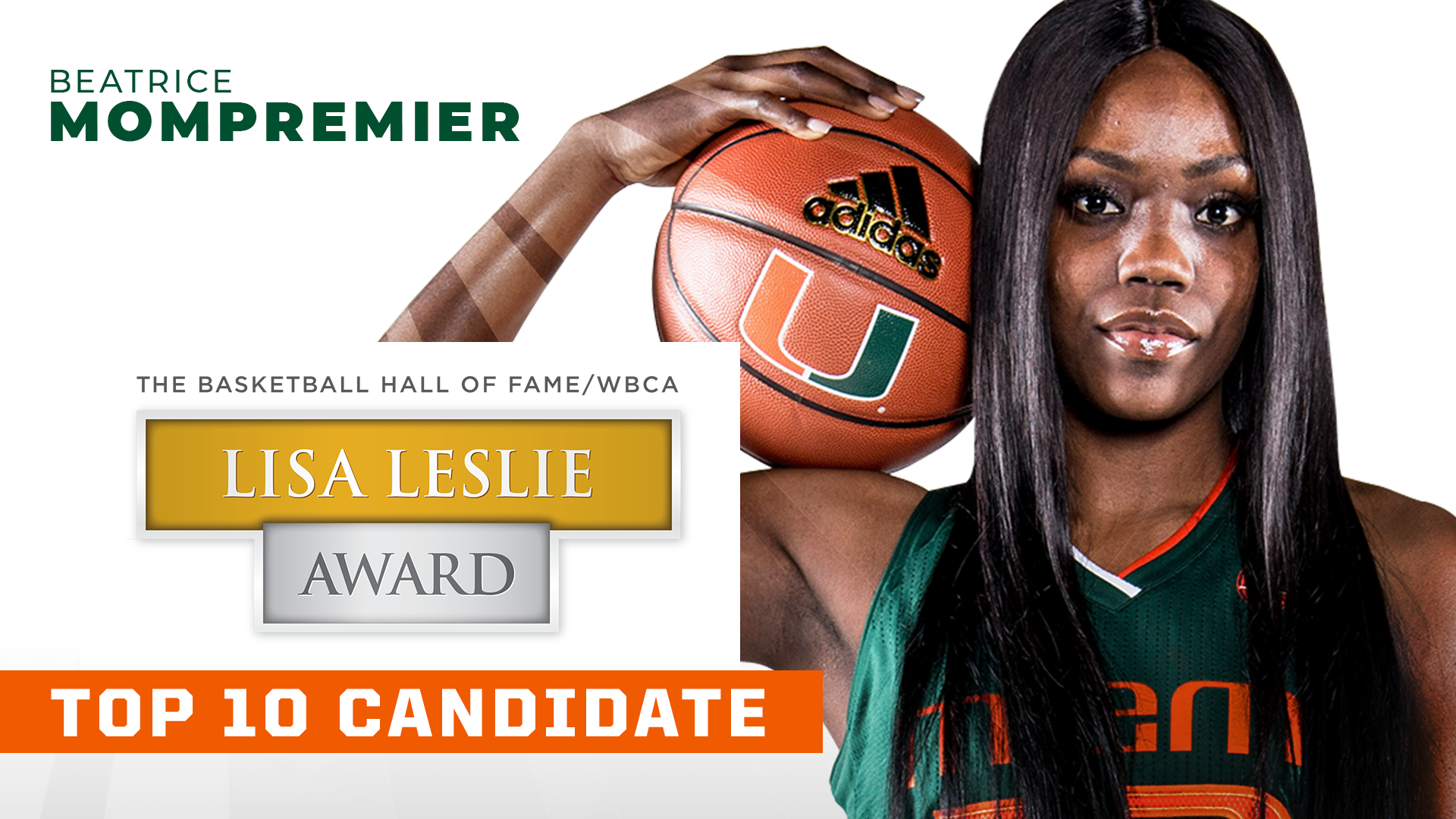 The news was announced Friday afternoon by the Naismith Memorial Basketball Hall of Fame and the Women’s Basketball Coaches Association (WBCA).

Mompremier is the lone player among the 10 who was not on the 20-member preseason watch list. The group features three players from the ACC, the most of any conference.

“Before Lisa Leslie became one of the most recognizable faces of the WNBA, she was a collegiate center taking the women’s game to new heights,” said John L. Doleva, President and CEO of the Basketball Hall of Fame. “We are grateful to have Ms. Leslie’s insights as we evaluate today’s collegiate talent for the Naismith Starting 5. Cutting this list of outstanding candidates from ten to five will be no easy task.”

A national committee comprising of top college basketball personnel determined the watch list of 20 candidates in October, which has now been narrowed to just 10. In March, five finalists will be presented to Ms. Leslie and the Hall of Fame’s selection committee. Fans will also have the opportunity to vote for their favorite finalist at www.hoophallawards.com.

The winner of the 2019 Lisa Leslie Center Award will be revealed in partnership with the WBCA during the 2019 Women’s Final Four in Tampa, Fla.

Mompremier is averaging 16.6 points and 11.8 rebounds per game this season, while shooting 55.0 percent from the floor. She leads the ACC and is tied for third nationally with 19 double-doubles on the year.

A three-time ACC Player of the Week, Mompremier is a member of both the Naismith Trophy Midseason Team and the Wade Trophy midseason watch list.