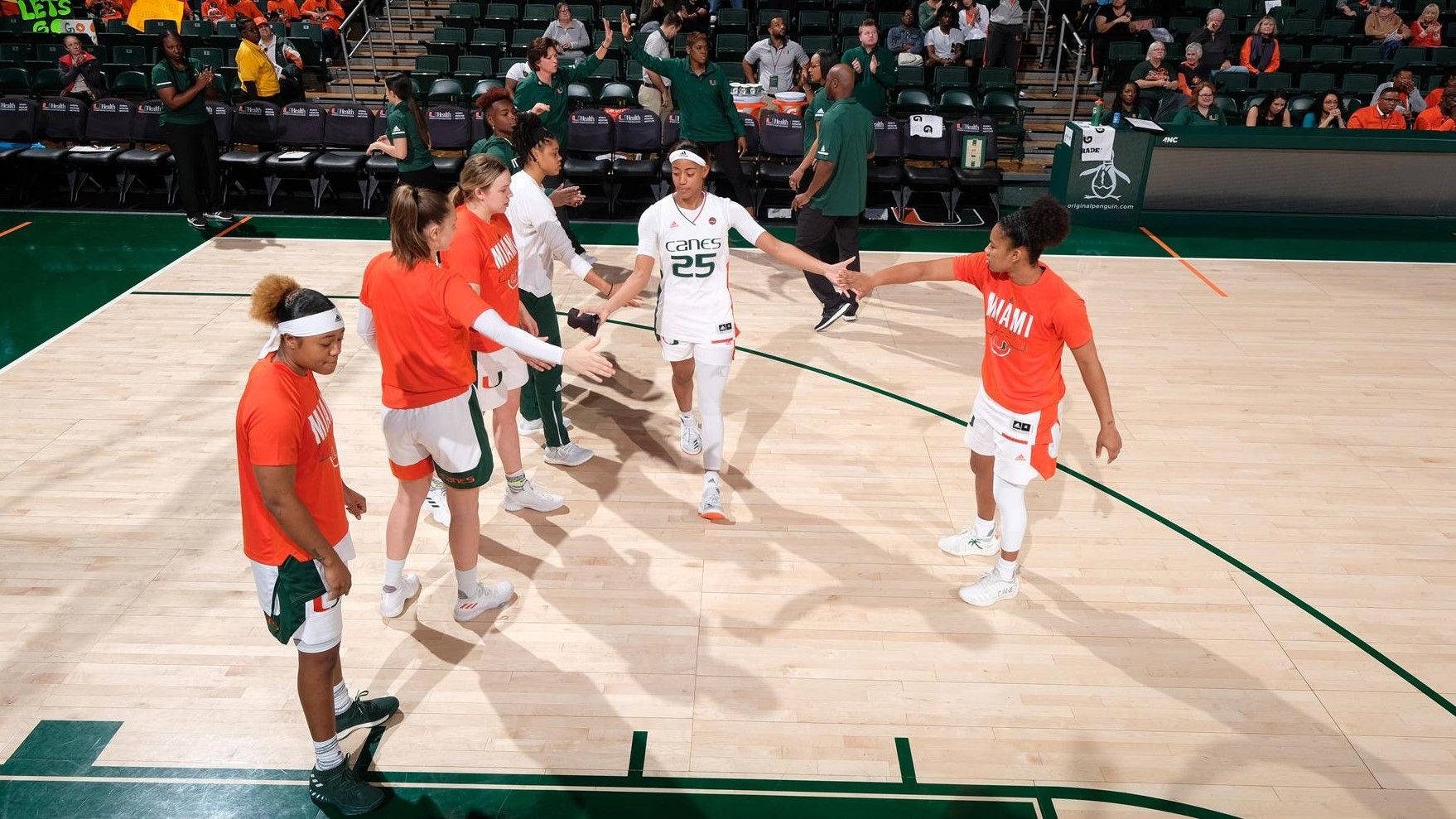 WBB Jumps to No. 20 in Both Major Polls

CORAL GABLES, Fla. – The University of Miami women’s basketball team ascended to No. 20 in the country this week in both the Associated Press Poll and the USA TODAY Coaches Poll.

Miami (21-5, 9-2 ACC) jumped five spots to earn the highest rise in the AP Poll, released Monday, and in the Coaches Poll, announced Tuesday. The Hurricanes matched their highest ranking of the season in the latter and took their top spot in the former.

In the AP Poll, the Hurricanes went from having 20 points last week to 186 this week, the largest increase of any team. Miami appeared on all 28 ballots and placed top-20 in 17 of them, earning a pair of top-15 votes and peaking at No. 14. The complete poll can be found HERE.

The Hurricanes went from 76 points in last week’s Coaches Poll to 225 in this week’s edition. The full list is available HERE.

Miami is once again among a group of six ACC teams in the top 25 of both polls, alongside second-ranked Louisville, sixth-ranked Notre Dame, No. 12/11 NC State, No. 16 Syracuse and No. 21/19 Florida State. Additionally, North Carolina is in the receiving votes section of the Coaches Poll.

The Hurricanes, who were listed a top-four seed by the NCAA Selection Committee Monday night in their initial top-16 reveal, will be back in action Sunday afternoon in Louisville, Ky. Miami will square off with aforementioned second-ranked Louisville at 3 p.m., live on ESPN2.