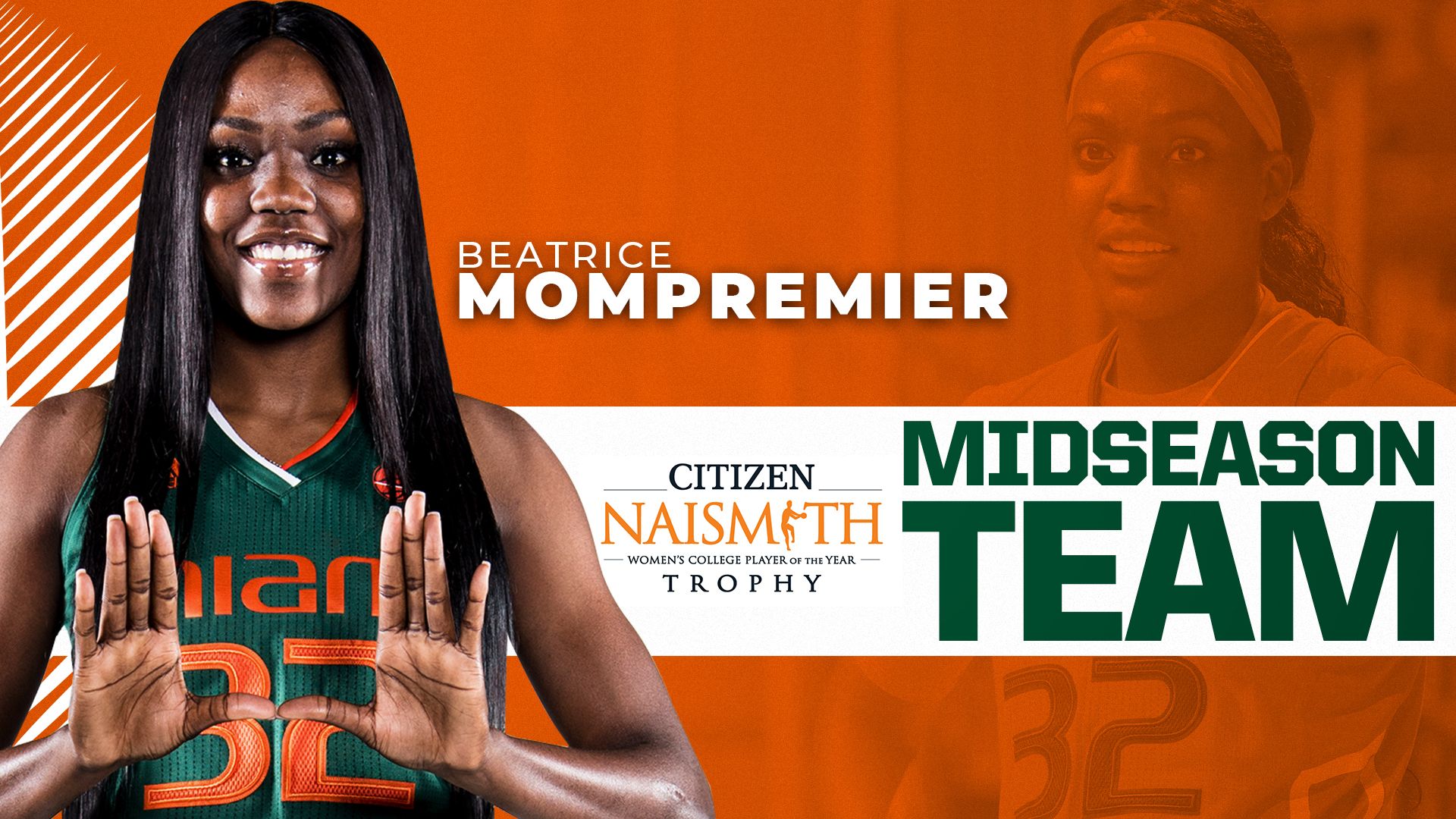 CORAL GABLES, Fla. – Beatrice Mompremier of the University of Miami women’s basketball team is among the 30 players on the Citizen Naismith Trophy Midseason Team, as announced Monday morning by the Atlanta Tipoff Club.

The midseason team includes 30 women’s players representing 20 colleges in seven different conferences across the U.S. Overall, eight players on the Women’s Watch List represent the ACC, and the Pac-12 is a close runner-up with seven candidates included.

Five of the eight ACC players hail from fourth-ranked Notre Dame, which Miami defeated, 72-65, Thursday night at the Watsco Center, as Mompremier tallied 18 points and 12 rebounds to help the Hurricanes to their first win over a reigning national champion.

On the season, Mompremier has an ACC-high 19 double-doubles, while averaging 16.6 points and 11.8 rebounds. She was added to the Wade Trophy midseason watch list last week and is a two-time ACC Player of the Week honoree.

“We’ve had an amazing season of women’s college basketball so far, and the competition will only get tougher from here on out on the road to awarding the 2019 Women’s Citizen Naismith Trophy,” said Eric Oberman, executive director of the Atlanta Tipoff Club. “As the season continues, we’re excited to watch these 30 women play and compete for the top honor.”

“The 30 players included on the midseason team have shown talent and drive worthy of the Citizen Naismith Trophy,” said Eric Horowitz, managing director U.S. and travel retail, Citizen Watch Company of America, Inc. “We are looking forward to watching these women compete for the honor of Women’s Player of the Year.”