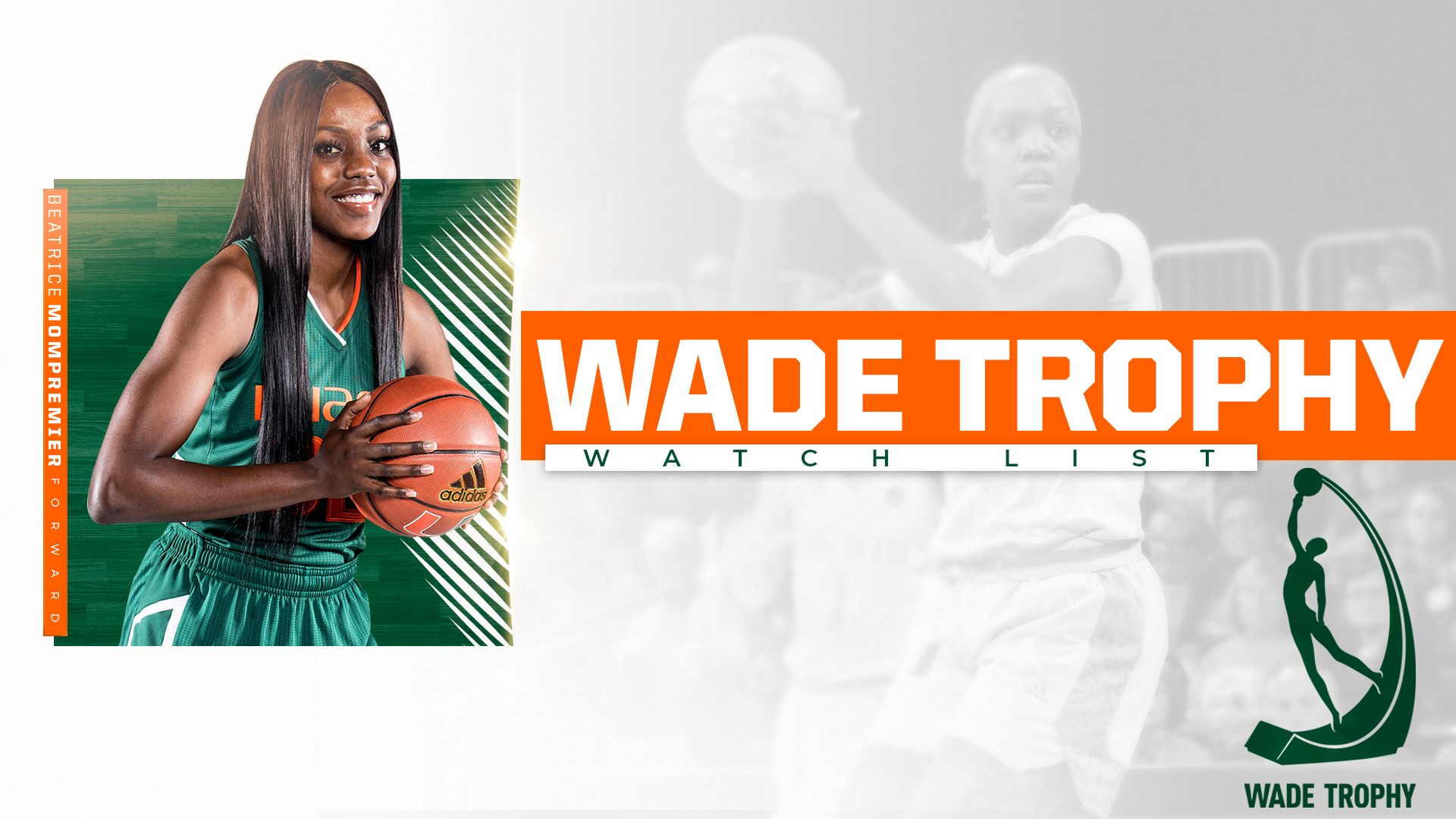 CORAL GABLES, Fla. – Beatrice Mompremier of the University of Miami women’s basketball team is a new addition to the watch list for the 2019 Wade Trophy, as announced Tuesday afternoon by the Women’s Basketball Coaches Association (WBCA).

That group of six joins the 35 players who were on the preseason list, forming a group of 41 candidates for the elite award.

The Wade Trophy, now in its 42nd year, is the oldest and most prestigious national player of the year award in college women’s basketball. It is named in honor of the late, legendary Delta State University head coach Lily Margaret Wade, who won three consecutive national championships with the Lady Statesmen.

First awarded in 1978 by the American Alliance for Health, Physical Education, Recreation and Dance (AAHPERD), now known as SHAPE America, the Wade Trophy has been presented to the WBCA NCAA Division I National Player of the Year since 2001.

The WBCA will announce the four finalists for the honor in mid-March. The winner of the 2019 Wade Trophy will be announced April 4 in Tampa Bay, Fla., site of the 2019 WBCA Convention and NCAA Women’s Final Four.

A two-time ACC Player of the Week, Mompremier leads the league—which has 10 players on the list—with 17 double-doubles on the season. The Miami native is averaging 16.3 points and 11.7 rebounds per game, while shooting 54.6 percent from the floor.

This is the second national award Mompremier is in contention for, as she was also named to the Citizen Naismith Trophy Watch List prior to the season.