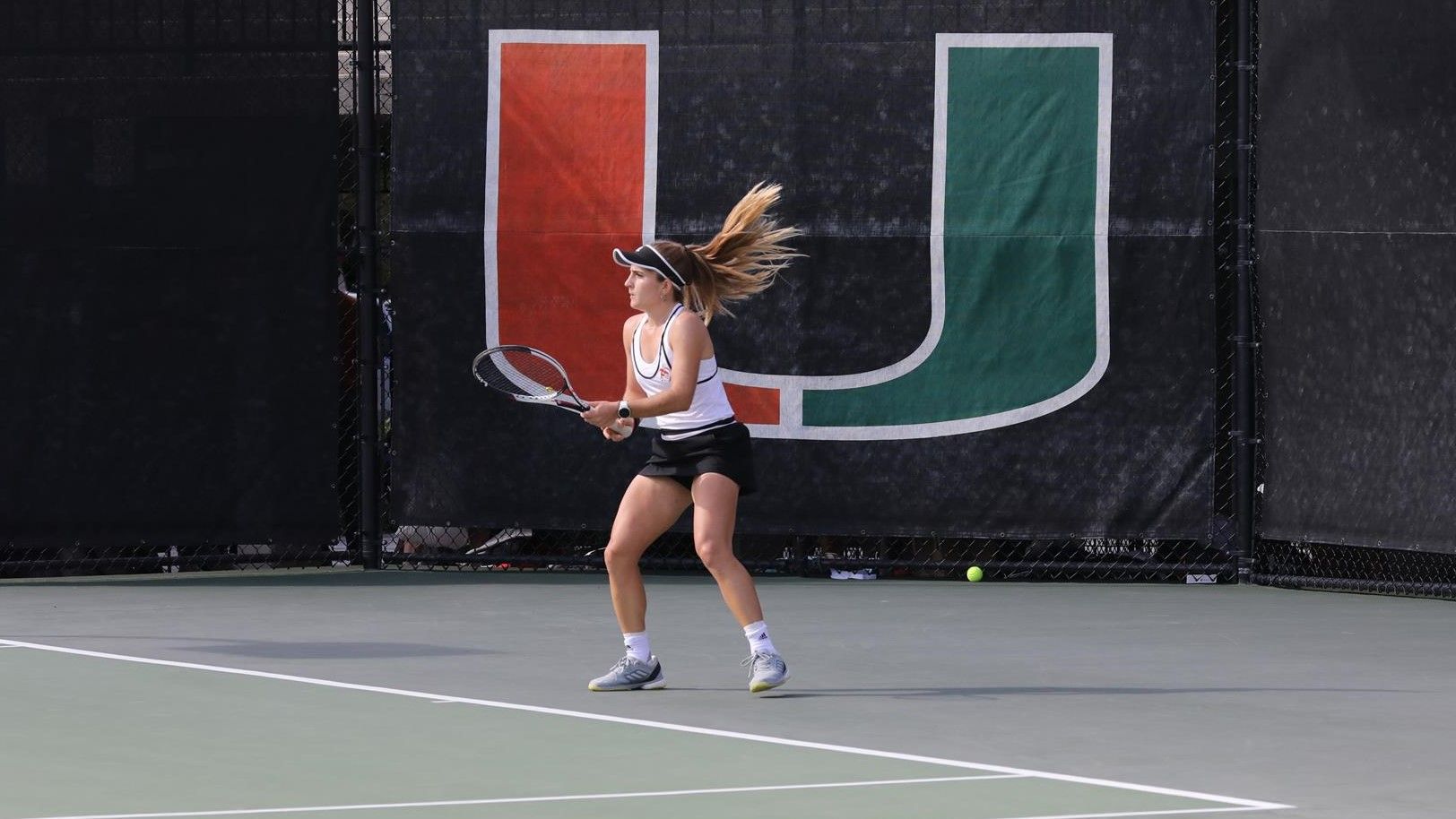 CORAL GABLES, Fla. – The University of Miami women’s tennis team will open the month of February with its first 2019 dual match at the Neil Schiff Tennis Center.

No. 17 Miami (4-1) is set to take on Baylor Friday at 1 p.m. The action will be broadcast live on ACC Network Extra HERE, while live stats can be found HERE.

The Hurricanes sport a 7-9 record in their all-time series against Baylor, including a 3-2 mark at home. In the most recent matchup between the two sides, the Bears tallied a 4-3 home victory on Feb. 18, 2018. This is the 13th consecutive year Miami and Baylor will meet on the court, although the 2016 match was suspended due to weather.

Miami enters Friday’s contest with two nationally-ranked singles players in junior Estela Perez-Somarriba and senior Daniella Roldan, who check in at seventh and No. 82, respectively. Meanwhile, the Hurricanes’ doubles pair of junior Yuna Ito and sophomore Ulyana Shirokova comes in at No. 51.

In addition, Daevenia Achong is the two-time reigning ACC Freshman of the Week and also shared ACC Player of the Week honors Jan. 22.

Baylor is 5-2 on the season after its five-match winning streak was snapped Sunday at sixth-ranked Texas. Like Miami, the Bears have two ranked singles players in Livia Kraus at No. 59 and Kristina Sorokolet at No. 114. Baylor does not have any doubles pairs in the Oracle/ITA rankings.

Following its meeting with Baylor, Miami hosts No. 20 Texas Tech for a top-20 clash Feb. 9 at 1 p.m. in Coral Gables.