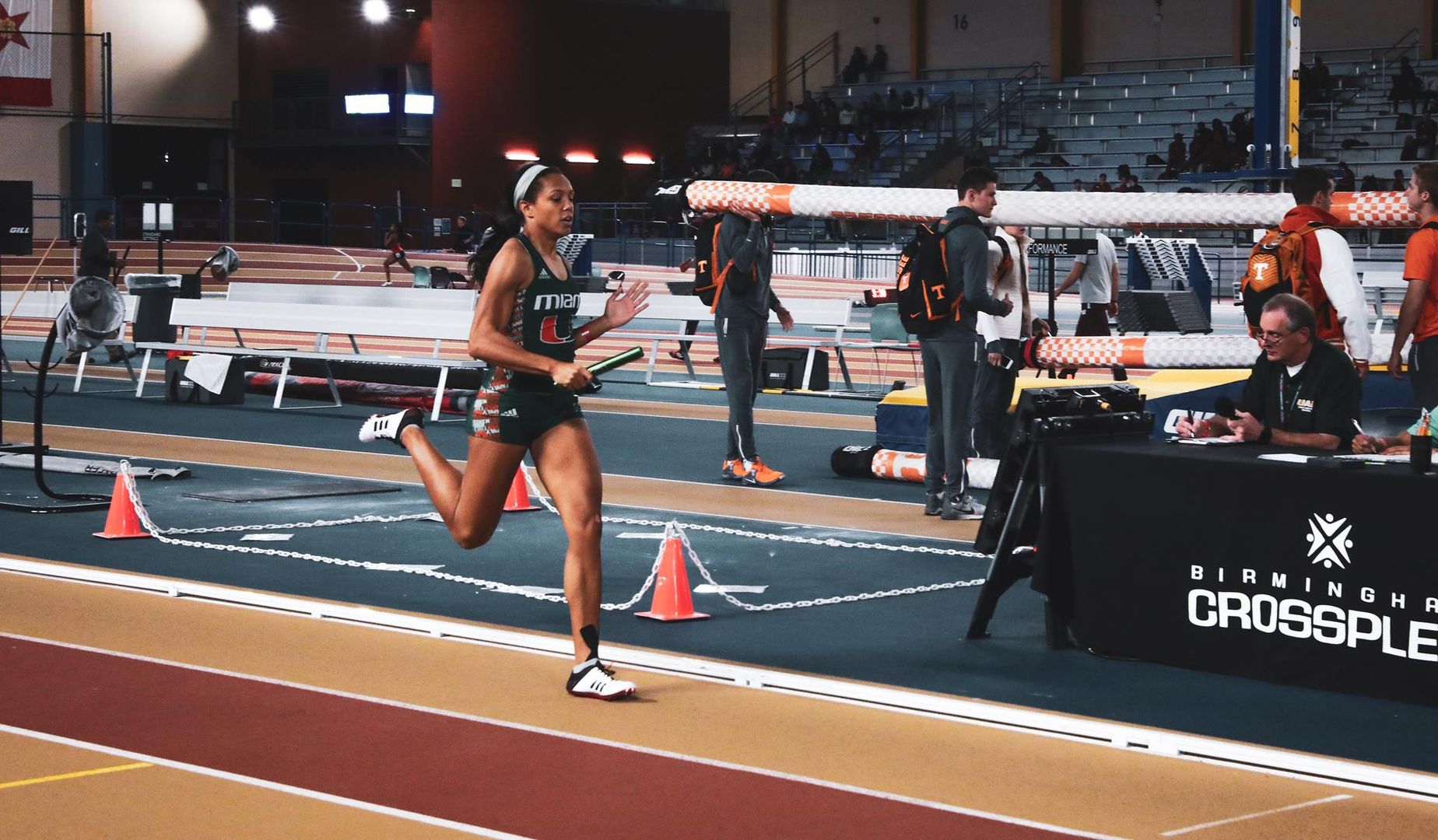 CORAL GABLES, Fla. – The University of Miami track and field team hits the road for the Virginia Tech “Doc Hale” Elite Meet in its second of three consecutive road meets.

The Hurricanes are set to open up competition on Friday against Virginia Tech, Florida, East Carolina and North Carolina. This weekend’s meet will feature three ranked teams as the Gators boast the nation’s third-ranked men’s team and fourth-ranked women’s team, while the UM women’s team remains at No. 24.

Both the track and field events are scheduled to begin at 5 p.m. at the Tech’s Rector Field House on Friday, with the women’s 800m run, followed by the men and women’s long jump and the men’s weight throw.

Women’s pole vault will kick off Saturday’s competition at 11 a.m. and will conclude with the men’s 4x400m relay at 3 p.m.

After an impressive debut in the women’s pentathlon at the Texas Tech Classic, Michelle Atherley earned ACC Field Performer of the Week recognition after scoring 4,292 points, the second highest score in the nation. Atherley will compete in the women’s shot put scheduled for 1:30 p.m. on Saturday along with Debbie Ajagbe, Selina Dantzler and Hannah-Sophia Hall. Freshmen Dantzler and Hall both boasted personal bests last weekend in the event with marks of 15.85m and 14.25m, respectively.

The women will also showcase Carolyn Brown, Symone Mason, Amuru Patterson and Alfreda Steele in the women’s 60m dash. Brown, Patterson and Steele will be joined by Kayla Johnson in the 4x400m relay on Saturday at 2:45 p.m.

On the men’s side, Miami will feature Taj Bland, McKinly Brown and Davonte Fuller in the 800m dash. Brown made his 2019 debut last weekend in the third leg of the men’s 4x400m where the Canes produced the third best time in program history with a time of 3:10.83.

Three freshmen in Thomas Burns, Tyrees Moulton and Paul Spada will be joined by senior Isaiah Taylor in the 200m. Taylor will also compete in the 60m with newcomers Chauncy Smart and Auburn transfer Raheem Chambers.

Miami will travel to Clemson, S.C., next weekend for the Tiger Paw Invite on Feb. 8 – 9.