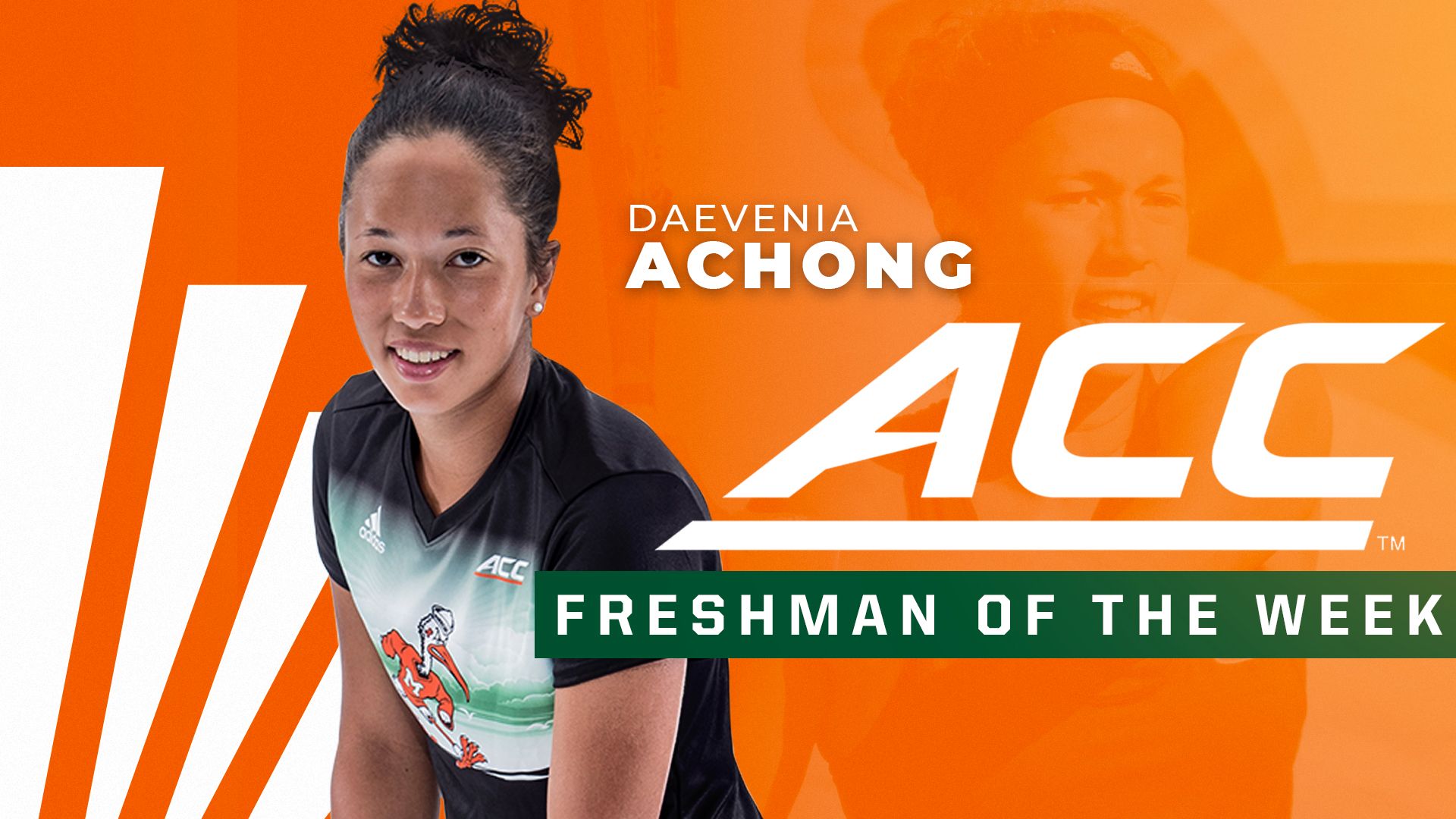 Achong Repeats as ACC Freshman of the Week

CORAL GABLES, Fla. – For the second week in a row, Daevenia Achong of the University of Miami women’s tennis team earned ACC Freshman of the Week recognition.

The Geleen, Netherlands, native has now won both such honors handed out by the league so far this season. She also earned ACC Co-Player of the Week honors Jan. 22.

In a pair of matchups against top-25 foes in Evanston, Ill., as a part of ITA Kick-Off Weekend, Achong went 2-0 in singles and 1-1 in doubles.

Achong opened the week with a pair of wins against No. 23 Tulsa, first teaming with junior Estela Perez-Somarriba in the No. 2 spot for a 6-2 decision over Martha Matoula and Shura Poppe. Her 6-1, 6-2 victory against Poppe at the No. 3 singles position helped No. 17 Miami to a 4-1 win over the Golden Hurricane.

After dropping a 4-6 result to Clarissa Hand and Lee Or of No. 20 Northwestern atop the lineup in doubles, Achong rebounded with a comeback win while playing at No. 3 again. She defeated Or, 5-7, 6-1, 6-2, to move to 5-0 in dual match singles action.

Achong and the Hurricanes will be back in action Friday at 1 p.m. when they take on Baylor, live on ACC Network Extra at the Neil Schiff Tennis Center.