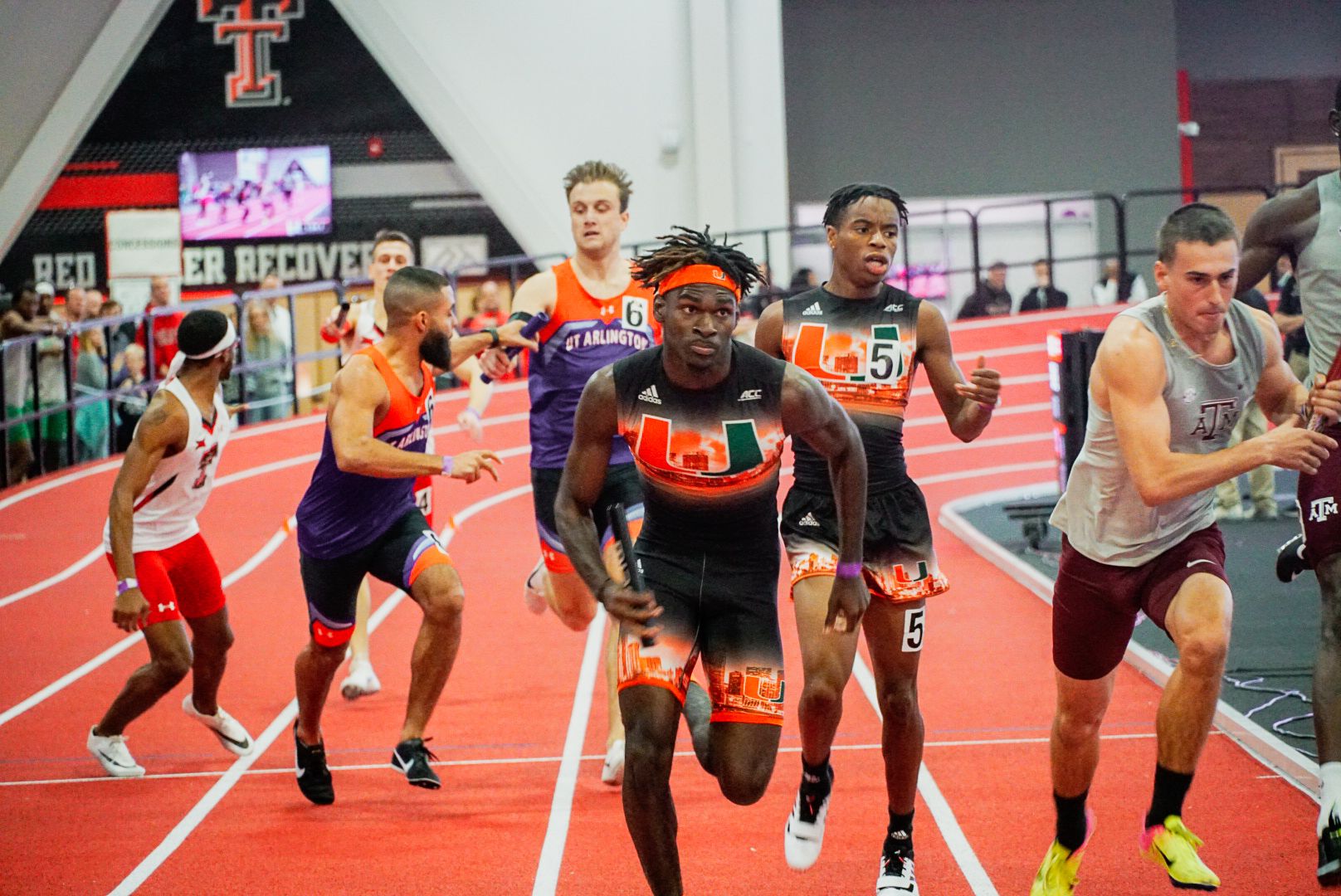 LUBBOCK, Texas –  The University of Miami track and field throws team registered three personal bests in the women’s shot put Saturday in the final day of the Texas Tech Classic.

Hannah-Sophia Hall, a freshman from Union City, Calif., started the day off for the Canes in the women’s shot put, registering a second-place finish on her third attempt with a mark of 14.25m, good for a personal best. Junior Sherry Lubin made the most of her final attempt and finished in fourth with a mark of 13.82m.

“They’re getting better and better each week,” head coach Amy Deem said. “We challenge all of the groups to do that, but knowing the way Coach Cory Young trains, they’ll get only get better. They’re a solid group.”

The women’s 4x400m relay team made up of Anna Runia, Brittny Ellis, Kayla Johnson and Samantha Gonzalez ran away with a top-five finish on Saturday, posting a time of 3:35.73 (3:36.17 converted to altitude). The Canes finished fourth overall, running in the event for just the second time this season and first with this group.

“I was pleased with it,” Deem said. “I wasn’t pleased with the open quarter, they did a much better job in the relay than they did in the open. We’ll compare the two and let them see that they can run fast without a baton in their hands. They were competitive but still more teaching moments we can improve upon.”

On the men’s side, the relay team was led by junior McKinly Brown and freshmen Davonte Fuller, Tyrees Moulton and Thomas Burns. The four Canes combined to run a time of 3:10.83 (3:11.27 converted to altitude) to finish fifth overall, breaking into the program’s Top 5 finishes ranking third in UM history.

“We had three freshmen out there and I think this will be a great teaching moment for them,” Deem said. “This was a very solid run for them, but if they learn from it and be a little bit more tactical and smarter when they run, they’re going to get faster and faster each week.”

Miami continues its three straight road meet stint next weekend when they travel to Virginia Tech for the “Doc Hale” Elite Meet on Feb. 1 – 2.

“For the people who competed this weekend, I thought they let things outside of their control get in their heads,” Deem said. “I’m excited to see how they turn this around and see how they take control and focus into next weekend. I want to see them perform how all the coaches know they can perform.”