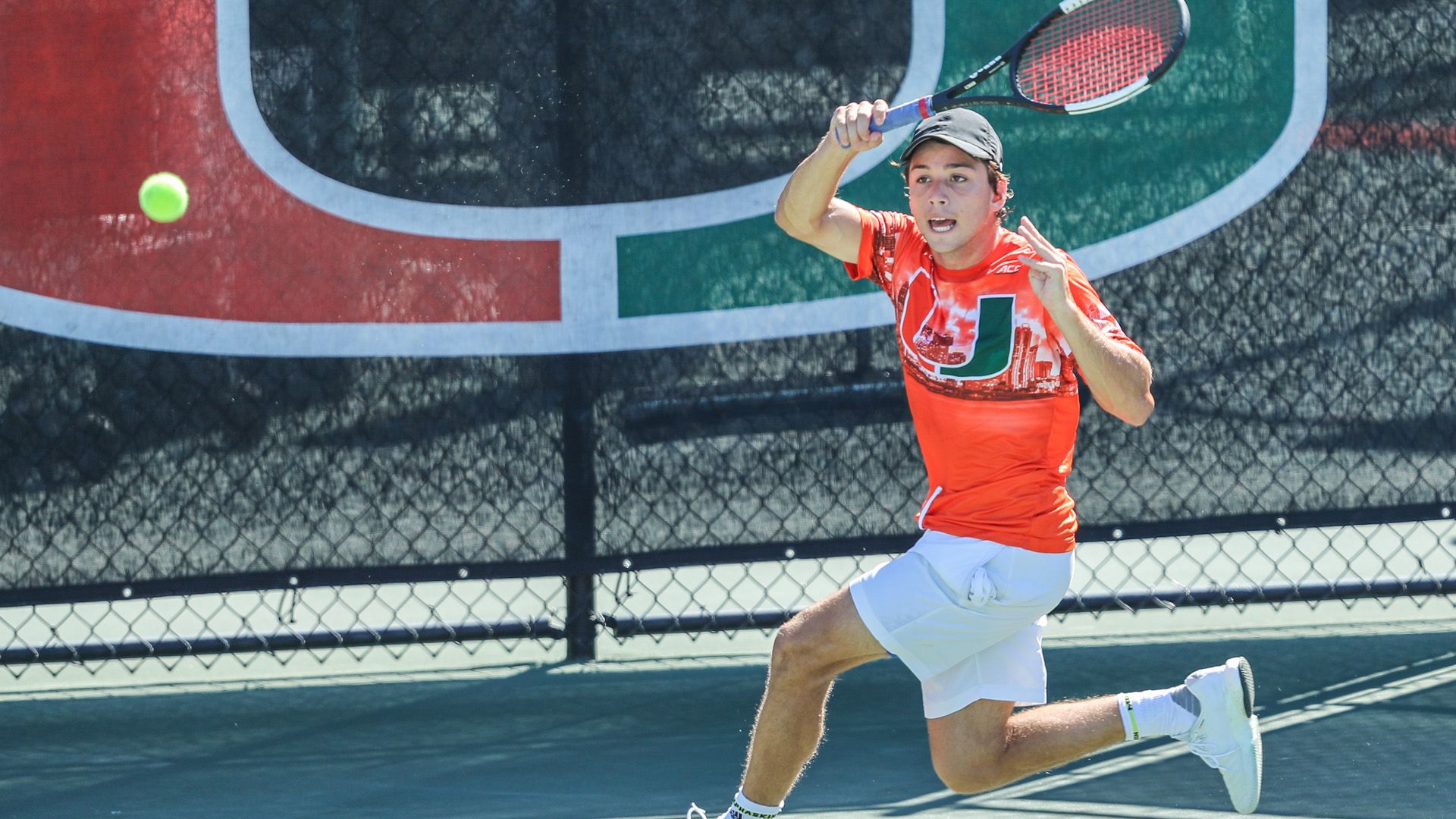 CORAL GABLES, Fla. – The University of Miami men’s tennis team will make its first road trip of the spring season, when it competes in Austin, Texas, for ITA Kick-Off Weekend.

Miami, seeded second, will meet third-seeded Utah State Friday at 3 p.m. ET in its opening match. The Hurricanes then take on either eighth-ranked Texas, the top seed, or fourth-seeded Washington on Saturday.

Live stats throughout the weekend at the Texas Tennis Center can be found HERE. Live Video will also be available during the contest and will be accessible HERE.

The team that posts two victories in Texas will earn a berth to the prestigious ITA National Team Indoor Championship, held Feb. 15-19 in Chicago.

Against the field, Miami has never played Utah State or Washington since forming a team in 1930, while the Hurricanes have not faced Texas in a dual match since the start of the Millennium. Overall, the Longhorns lead the all-time series at 12-8, winning the most recent matchup, 5-2, on March 7, 1999.

The Hurricanes, led by third-year head coach Aljosa Piric, enter the weekend sporting a 3-0 record, Miami’s best start to a spring season since 2008. The Hurricanes lineup features a trio of nationally-ranked singles players in sophomores Adria Soriano Barrera, the reigning ACC Player of the Week, at No. 21 and Bojan Jankulovski at No. 35, while freshman Francisco Bastias cracks the top 100 at No. 97.

The Aggies are 3-1 on the season, most recently topping UC Irvine, 5-2, Sunday on the road. They do not have any ranked singles players or doubles pairs.

The Huskies enter the weekend with a 1-0 mark, opening the spring with a 6-1 victory over Portland on Saturday. Washington’s duo of Jack Davis and Piers Foley form the nation’s 15th-ranked pair.

The Longhorns opened the spring season with a sweep of Mississippi and a 6-1 win over SMU to enter the weekend at 2-0. Texas joins the Canes with a trio of players on the ITA singles list in fourth-ranked Christian Sigsgaard, No. 18 Yuya Ito and No. 103 Chih Chi Huang. In doubles, Harrison Scott was ranked with two different partners, first with Sigsgaard at No. 33 and then with Colin Markes at No. 59.

Both Sunday’s consolation and championship match will take place at 3 p.m. ET.