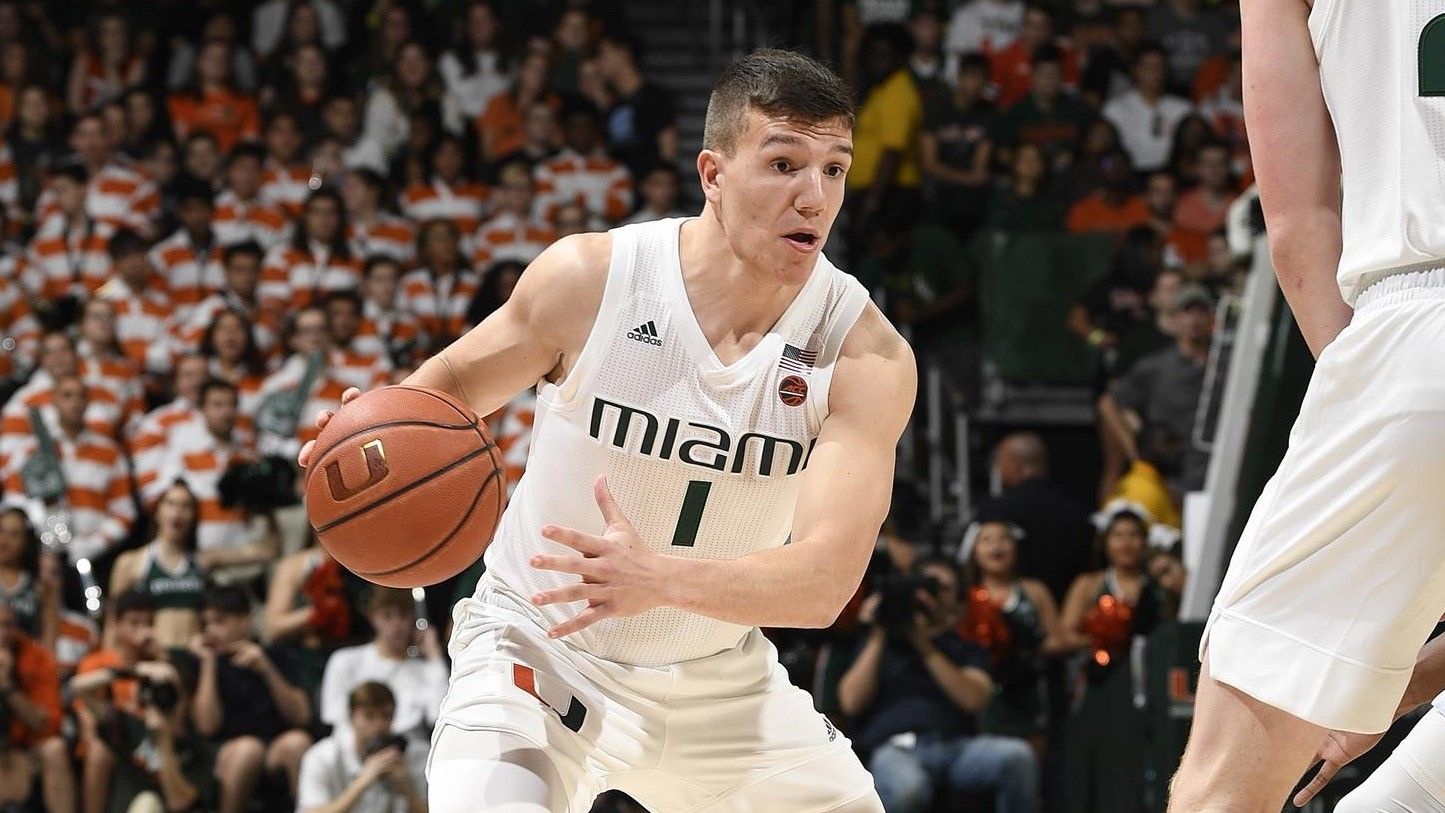 CORAL GABLES, Fla. – The University of Miami men’s basketball team heads to Syracuse Thursday for an 8 p.m. ACC game with the Orange at the Carrier Dome.

Raycom Sports is televising the game. Locally in South Florida, the game airs on My TV 33 (digital channel 33.1). Click HERE for the full list of affiliates that are broadcasting the game. The broadcast also streams online via the WatchESPN app.

The Canes’ radio broadcast airs on WQAM 560-AM and also streams on HurricaneSports.com, Radio.com and the TuneIn app.

Things To Know
• Miami is the only team among basketball’s six power conferences with five players averaging at least 11.6 ppg apiece.
• UM has led in the second half in 16 of its 17 games.
• UM averages 8.8 3-pointers per game (third in ACC).
• Chris Lykes is eighth in the ACC in scoring (18.1) and third in conference play (21.6 ppg).
• Zach Johnson is one of 11 players nationally with 1,500 career points and 350 assists.
• DJ Vasiljevic has hit at least one 3-pointer in 30 straight games – the longest current streak in the ACC.
• Ebuka Izundu is third in the ACC in rebounding (9.4), and fourth in double-doubles (6).
• As a team Miami ranks seventh nationally in fewest fouls per game (14.7).
• Miami, UNC, Virginia and Duke are the lone teams to win 10 or more ACC games each of the last four seasons.
• Junior forward Dewan Hernandez has been withheld from competition thus far as the University and NCAA review his eligibility.

Lykes leads five Hurricanes in double-figure scoring at 18.1 points per game. He has recorded back-to-back 20-point performances and seven 20-point games this season. Johnson is second on the team in scoring at 13.6 ppg. Lawrence II (12.4), Izundu (11.8) and, Vasiljevic (11.6) also average in double figures. Miami is scoring 76.5 ppg this year and giving up 70.9 ppg.

Syracuse (13-5, 4-1) is coming off a pair of conference wins last week. The Orange upset then-No. 1 Duke, 95-91 in overtime, on Jan. 14 at Cameron Indoor Stadium before returning home last Saturday and downing Pittsburgh, 74-63. Junior guard Tyus Battle was named the ACC Player of the Week after averaging 27 ppg in the two wins, including a 32-point effort while playing all 45 minutes against Duke. Battle leads the team in scoring at 18.2 ppg, while Elijah Hughes (14.9) and Oshae Brissett (13.8) also are averaging in double figures. Syracuse is averaging 71.8 ppg while allowing just 63.4 ppg, which ranks as the third fewest in the ACC.

Miami returns home to the Watsco Center Sunday evening to take on Florida State, which is ranked No. 23 in the latest USA Today Coaches poll. The game tips off at 6 p.m., with ESPNU televising.