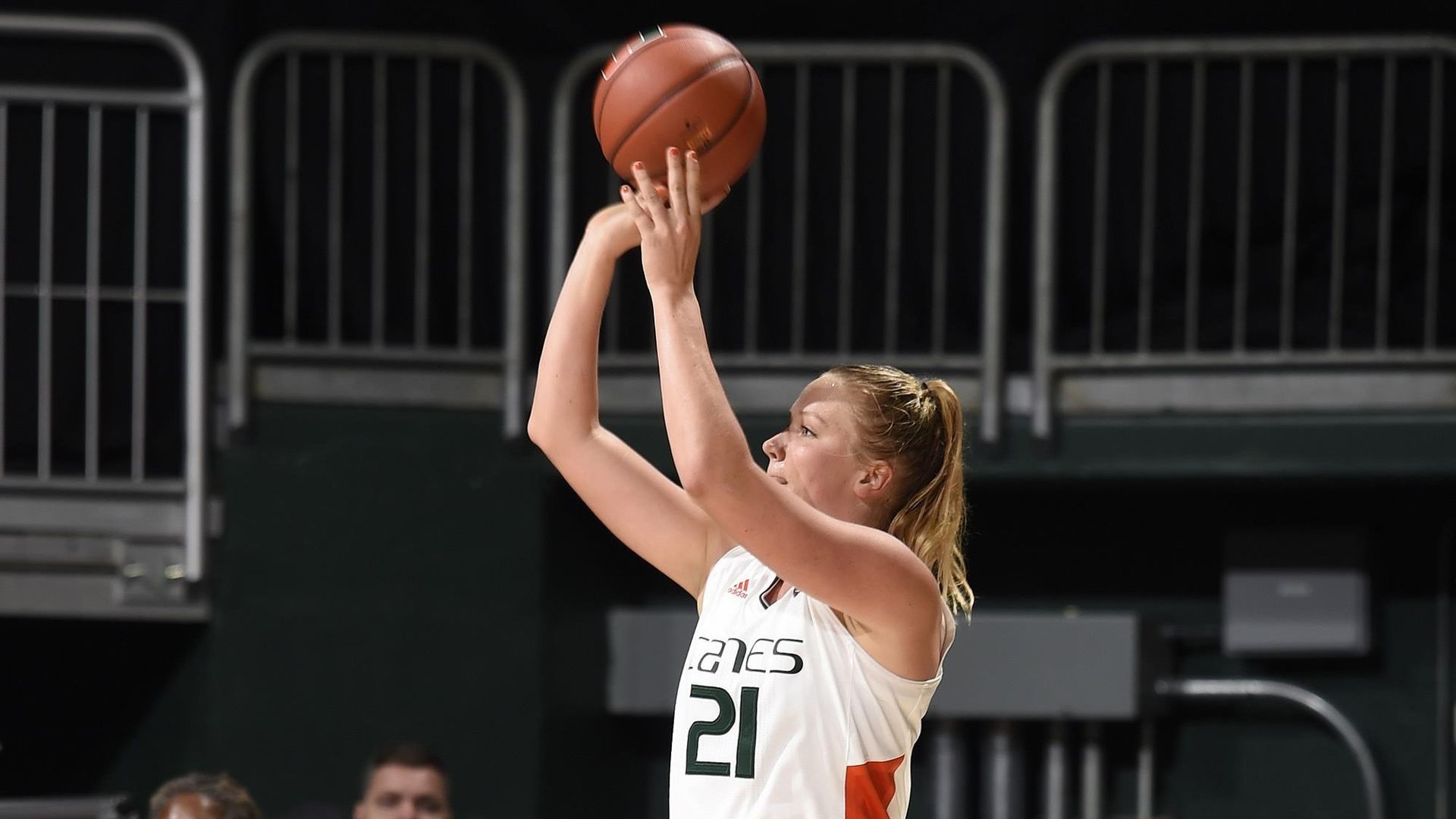 WBB Moves into Coaches Poll at No. 23

The Hurricanes logged a 56-50 win Thursday at Duke, the program’s first triumph at Cameron Indoor Stadium, and followed that with a 76-68 victory against North Carolina Sunday afternoon. Redshirt junior forward Beatrice Mompremier averaged 17.0 points and 13.5 rebounds in the two games, earning her second ACC Player of the Week distinction of the season.

Additionally, the Hurricanes are in the receiving votes section of the Associate Press Poll. Miami accumulated six points in the voting. The entire poll can be found HERE.

Six ACC teams are ranked in at least one poll, led by top-ranked Notre Dame, fourth-ranked Louisville and eighth-ranked NC State. Syracuse comes in at No. 13 in the AP Poll and No. 14 in the Coaches Poll, while Florida State is No. 22 and No. 19, respectively. Clemson is receiving votes in both polls, as well.