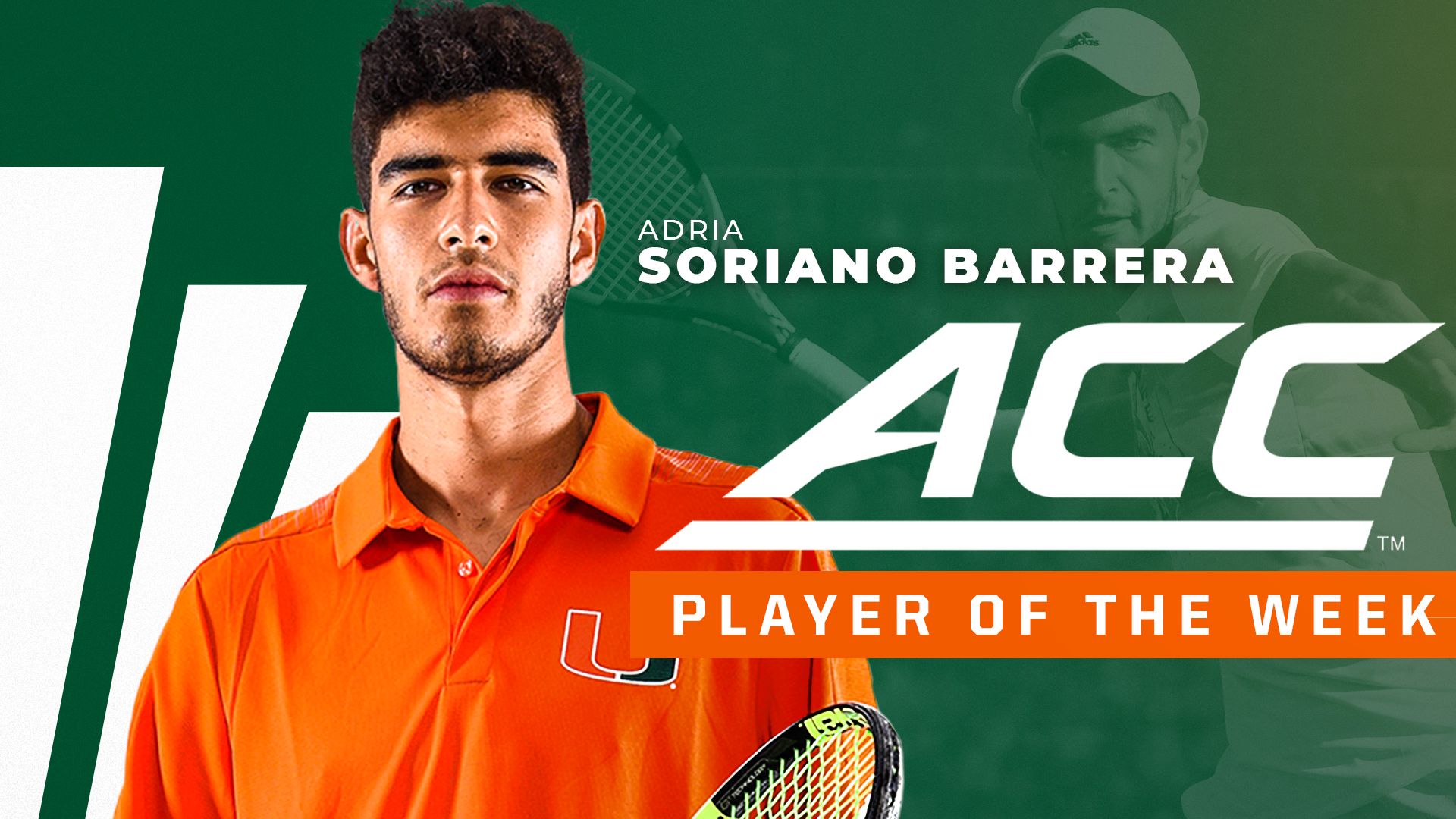 The honor marks the first for an individual Hurricane since Diego Soto received the weekly award on Feb. 5, 2013 and the second weekly honor for Soriano Barrera, who received ACC Doubles Team of the Week accolades last season alongside doubles partner Christian Langmo.

The Barcelona, Spain, native got off to a strong start to his sophomore spring campaign, collecting a top-five win at the Miami Spring Invite.

In the top-25 matchup, Soriano Barrera and fourth-ranked Christian Sigsgaard of Texas exchanged blow after blow in the opening set, with Soriano coming out on top, 7-6 (7-2). In the second set, Soriano jumped in front, 4-1, before Sigsgaard rallied off five consecutive games to force a third set. In the final set, the duo continued to exchange points, with Soriano ultimately sealing the match, 7-6 (7-2), 4-6, 7-6 (7-3).

Overall, Soriano Barrera opened the spring slate 4-1 in singles action, helping Miami open the season 3-0 in dual matches for the first time since the start of the 2008 season.