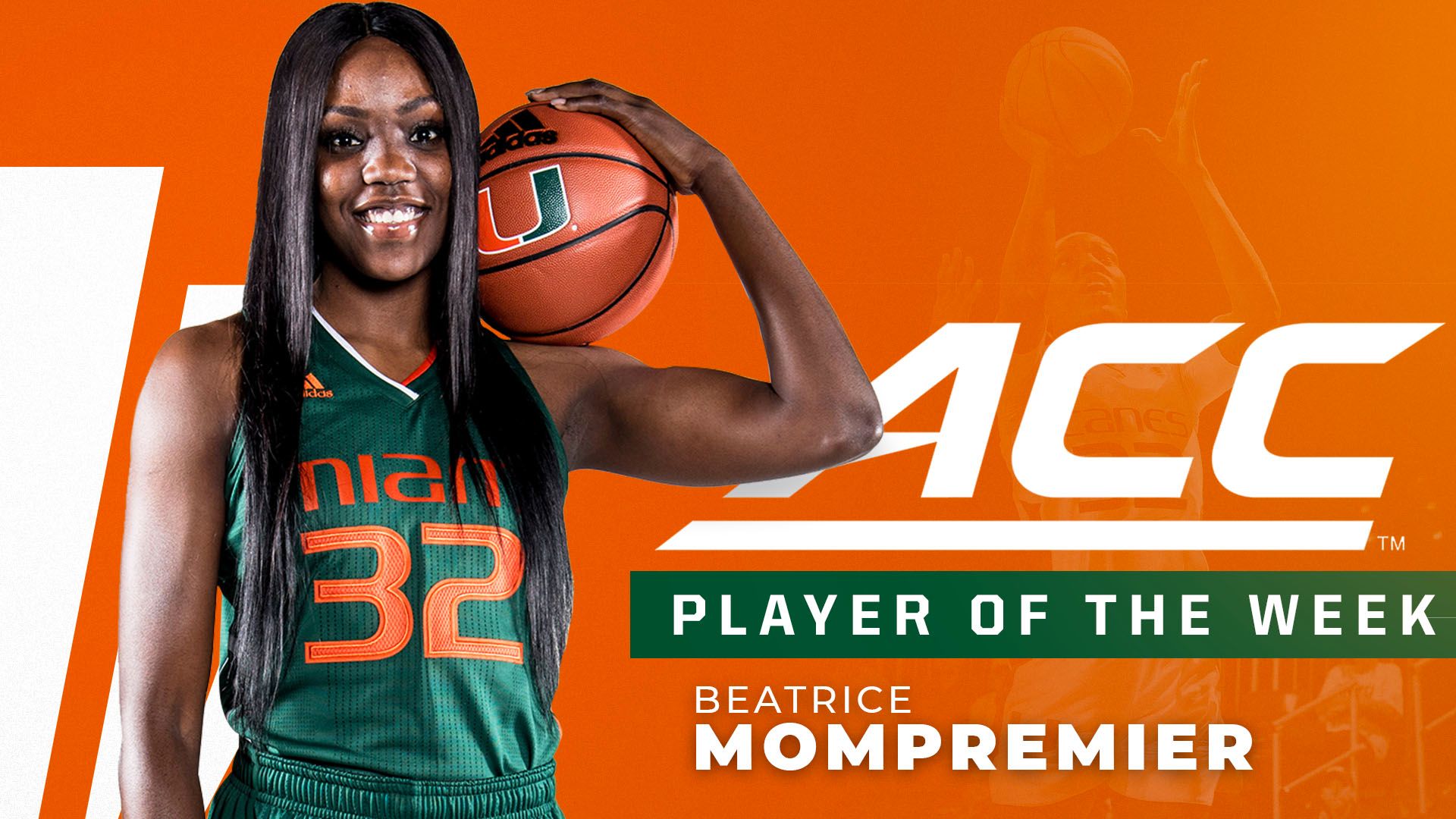 CORAL GABLES, Fla. – Beatrice Mompremier of the University of Miami women’s basketball team was named the ACC Player of the Week, as announced Monday afternoon by the conference office.

For Mompremier, this is her second honor in the past three weeks, and she becomes the fourth player in program history to win the accolade multiple times, joining Riquna Williams (seven), Shenise Johnson (five) and Tamara James (four).

This is the first time an individual Hurricane has garnered the distinction multiple times in the same season since Johnson and Williams both did so in 2010-11.

The last time Miami earned the recognition twice in a campaign was 2012-13, once each for Morgan Stroman and Shawnice Wilson.

Mompremier helped Miami (16-4, 4-1 ACC) defeat both Duke and North Carolina last week. The Hurricanes topped the Blue Devils, 58-50, Thursday for their first win at Cameron Indoor Stadium and then downed the Tar Heels, 76-68, at the Watsco Center.

The Miami native tallied game highs in points (16) and rebounds (17) at Duke in her first action back on the court after missing a game due to a family matter. She then logged another double-double with 18 points and 10 rebounds versus North Carolina.

Overall, Mompremier averaged 17.0 points and 13.5 rebounds on the week, upping her ACC-leading double-double total to 14.