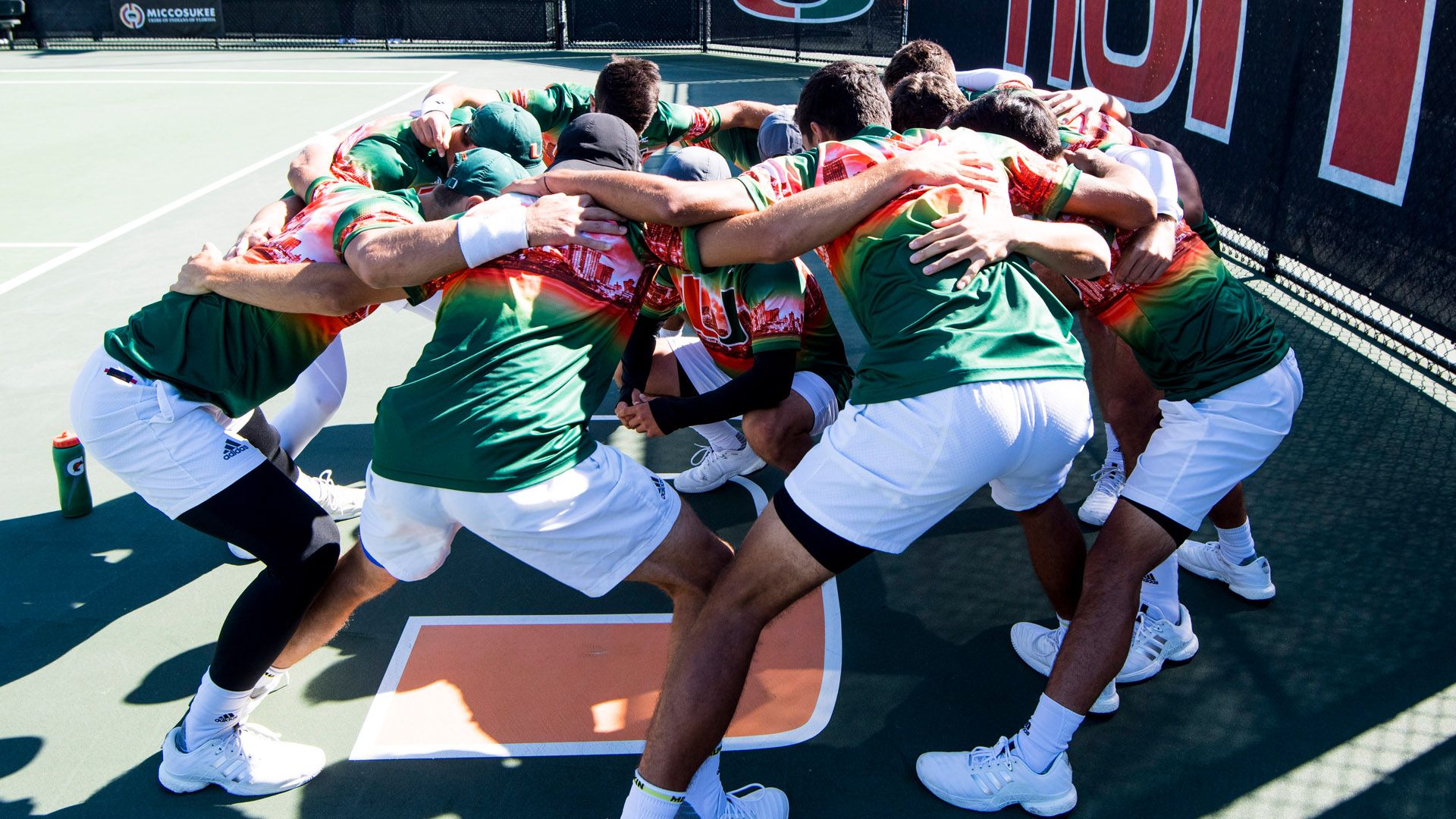 CORAL GABLES, Fla. – The University of Miami men’s tennis team improved to 3-0 on the season following a 6-1 triumph over Florida Atlantic Monday afternoon at the Neil Schiff Tennis Center, the best start since opening the 2008 campaign with an equivalent mark.

With the win, the Hurricanes improve to 23-1 against the Owls, while extending their winning streak in the series to 15 matches.

For the third time in as many outings this season, Miami claimed the advantageous doubles point to help carry momentum into singles action.

“We have talked about how doubles is a catalyst for college tennis matches,” Miami head coach Aljosa Piric said. “In the last week, we have been talking about doubles in practice. [We are] just trying to establish the energy and trying to establish some things that are important in college matches when it comes to doubles. And our guys brought that today. We definitely outmatched the other guys, FAU, in that department and I was really pleased to see our guys dig in there. Getting the doubles point just kind of carried the momentum going forward.”

Competing at the top doubles position, freshman Franco Aubone and Kaya Gore rebounded from a 0-3 deficit to claim the next three games. However, the duo came up short in the end, 3-6, against Jason Legall and Ignacio Garcia.

In singles, the Hurricanes stayed hot with first-set victories on all six courts.

Following a back-and-forth opening set, No. 21 Soriano Barrera cruised in the second against Legall, securing Miami’s third point of the afternoon, 6-4, 6-1.

Competing on court five, Aubone clinched the match for the Hurricanes for the second time this season, topping Ignacio Garcia, 6-1, 6-2.

Next up, the Hurricanes will travel west for a showdown with Utah State at ITA Kickoff Weekend in Austin, Texas.