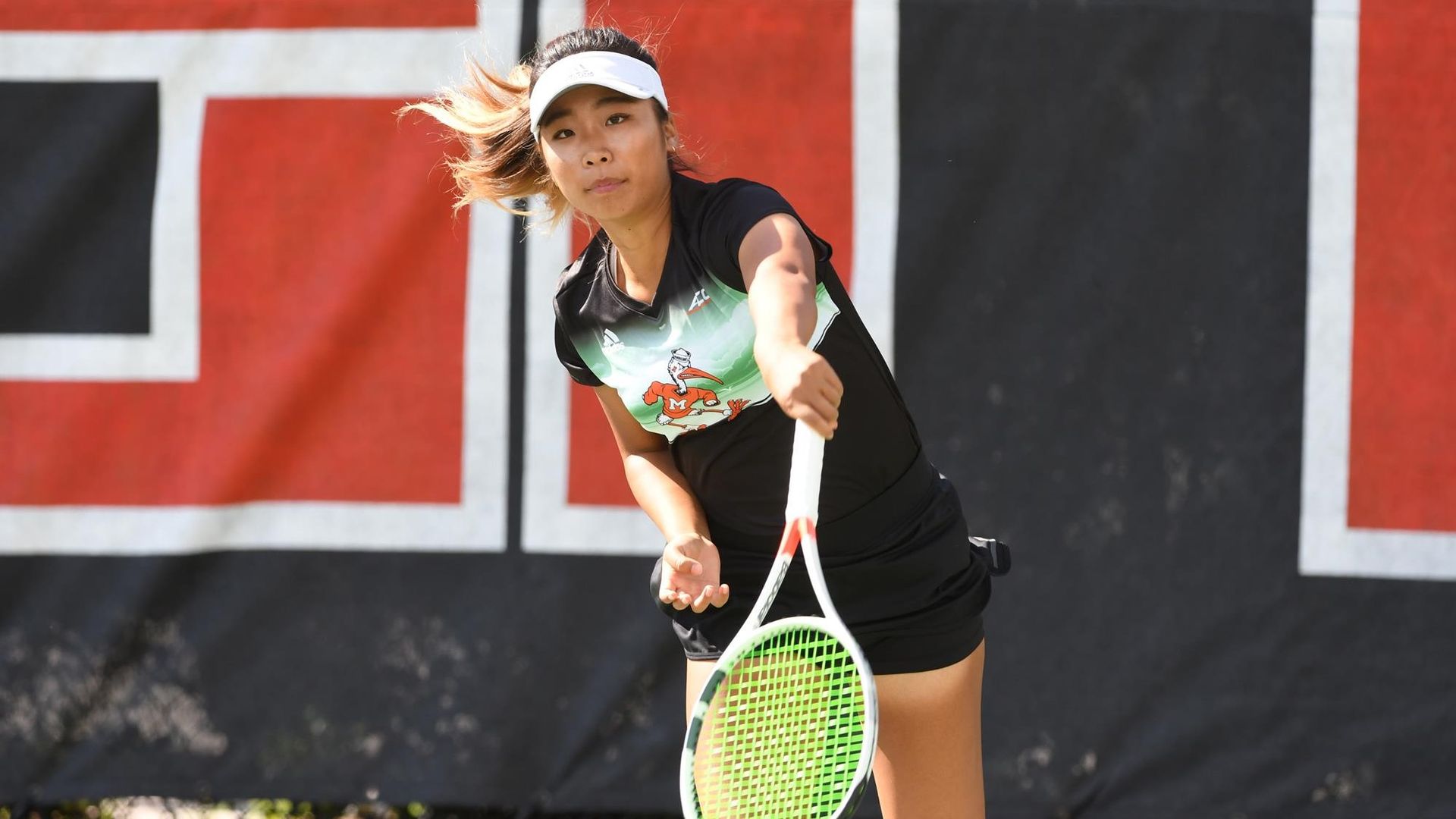 No. 17 Miami is set to square off with the Owls at 11 a.m. at the FAU Tennis Complex in Boca Raton, Fla. Live stats for the match can be found HERE.

Overall, Miami has a 212-9 edge in the series scoring margin, with 24 shutout triumphs. The two sides met last year, but the match was suspended—Miami held a 2-0 lead at the time—and uncounted. In the last official contest, the Hurricanes logged a 5-2 road victory on March 31, 2017.

Miami, under the direction of 18th-year head coach Paige Yaroshuk-Tews, enters its first dual match of the spring with two ranked players in junior Estela Perez-Somarriba at seventh nationally and senior Daniella Roldan at No. 82. Additionally, junior Yuna Ito and sophomore Ulyana Shirokova form the No. 51 pair on the doubles list.

Florida Atlantic heads into the contest at 1-1 on the season after dropping a 7-0 decision Friday at No. 15 Florida State and notching a 4-3 triumph at USF the next day. Natalia Boltinskaya is the lone Owl in the national rankings, checking in at No. 88 in singles.

The Owls are coached by Marcy Hora-Cava, who played at Miami from 1998-2002, overlapping with one of Yaroshuk-Tews’ years as an assistant coach, her two as associate head coach and first as head coach.

In addition, Florida Atlantic assistant coach Caroline Wheelen, née Hora, was a standout at Miami, three times finishing ranked in the ITA top 75, including twice in the top 30. Her final season was Yaroshuk-Tews’ first as an assistant with the Hurricanes.

After squaring off with the Owls, Miami heads west to Fort Myers, Fla., for a Saturday doubleheader, first facing homestanding FGCU at 9 a.m. and then Cornell at 3 p.m.