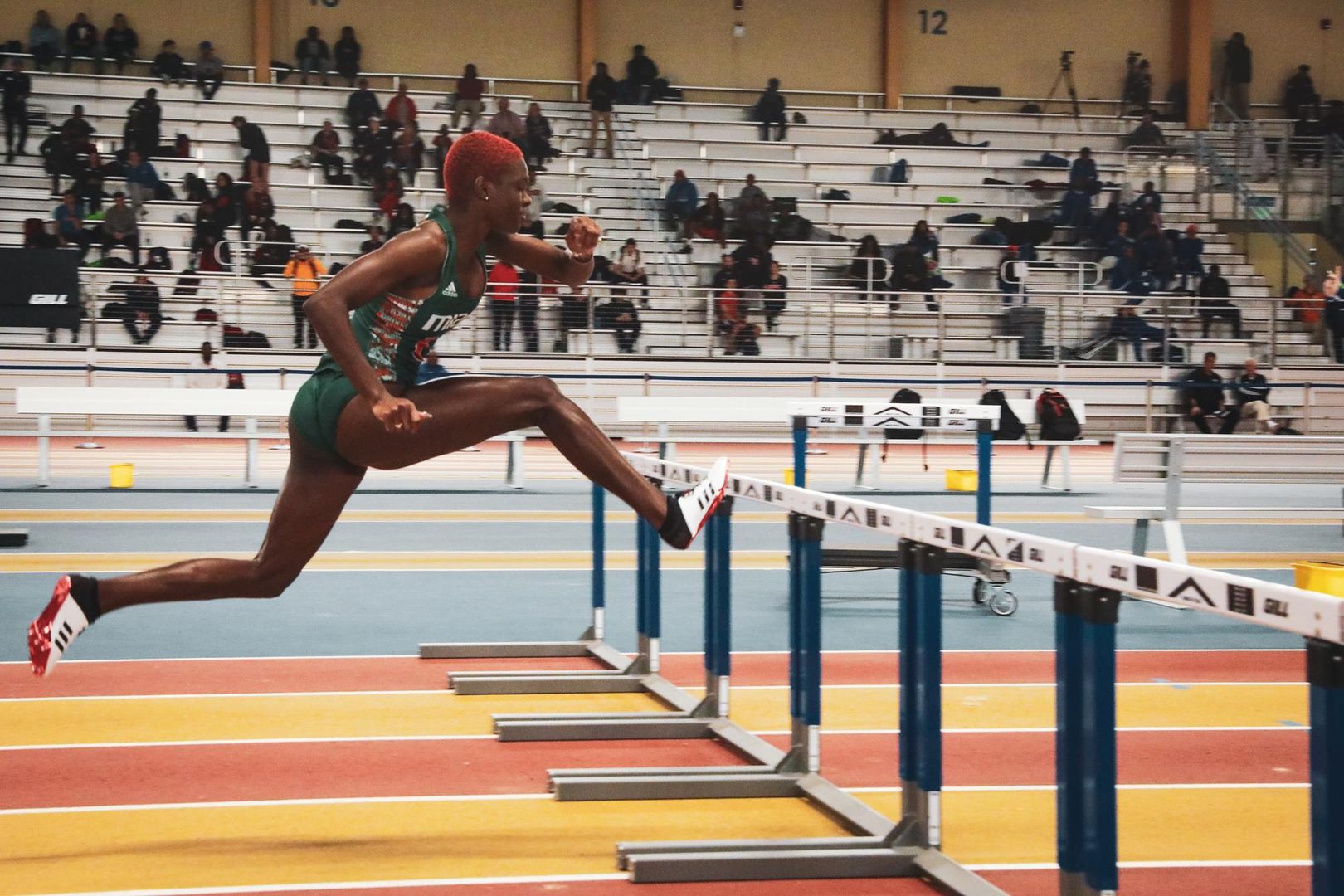 BIRMINGHAM, Ala. – The opening day of the 2019 indoor season was filled with personal bests and first place finishes for the University of Miami track and field team at the UAB Invitational on Friday.

“I was really pleased with the way we competed today,” head coach Amy Deem said. “On the women’s side, we have a little bit more of an experienced side and on the men’s side we’re very young, but for the most part everyone competed hard. We had some kids compete in events they’ve never competed in, but it was a good starting point and is something we can build on this year.”

Freshman standout Molly Caudery boasted an impressive debut with the Canes finishing with a third place finish with a mark of 4.05m in the pole vault, ranking second all-time in UM history.

“It was good getting Molly back in the competition mode,” assistant coach Rob Jarvis said. “She had a short approach today so I’m really seeing what she can accomplish tomorrow in her full approach.”

“I was very excited to see Amuru back out there having been out of the sport for a few years, to come back in and do what she did,” Deem said. “We’re going to see her progress and progress as the season goes on.”

Sophomore Chauncy Smart also impressed in his Miami debut as his second place finish (6.86) in the 60m sent him to the finals. Christopher Moree and Isaiah Taylor also competed in the 60m dash finishing with times of 7.14 and 6.95 seconds, respectively. Smart went on to finish fifth in the final with the same time he recorded in the prelims.

Fellow sophomore Tiara McMinn blew past the competition to win the finals of the 60m hurdles with a time of 8.28 seconds. Michelle Atherley’s time of 8.42 placed her fifth in the finals.

Kayla Johnson’s second place finish in the 600m dash set a UM record with a time of 1:28.31 while freshman Davonte Fuller debuted for the Canes with a fourth place finish and a time of 1:21.00, passing Henri Delauze’s Miami record set in 2015.

“Our sophomores came in and finished where they left off last indoor season,” Deem said. “We love to see that so I was happy to see them perform today.”

Samantha Gonzalez had a strong start to the indoor season posting a time of 38.23 in the 300m, ranking as the fourth best time in school history. Along with her strong outing in the 300m, Gonazlez helped the women’s 4x400m relay end the track events with a first place finish. Anna Runia ran the first leg, followed by Gonzalez, Michelle Atherley and Brittny Ellis who anchored the Canes for a time of 3:39.64.

The Canes return to action tomorrow at the UAB Vulcan Invitational. Live results to the meet can be found here.