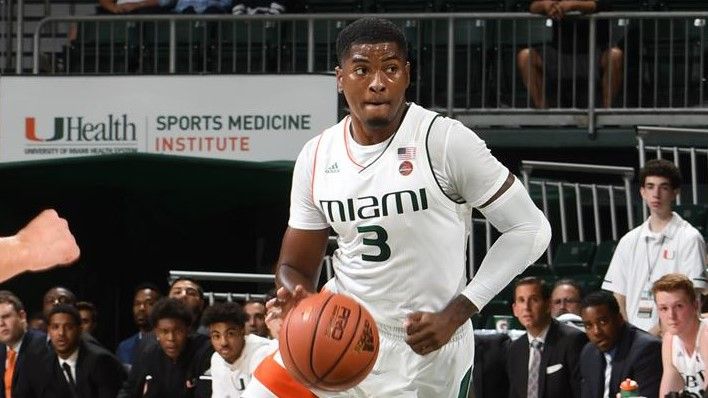 The ACC’s Regional Sports Networks have the broadcast, including FOX Sports Sun and FOX Sports South. The game also streams online via the WatchESPN app (subject to blackout) and is available to in-market subscribers through FoxSportsGo.com. The Canes’ radio broadcast airs on WQAM 560-AM and also streams on HurricaneSports.com, Radio.com and the TuneIn app.

Things To Know
• Miami is the only team among basketball’s six power conferences with five players averaging at least 11.8 ppg apiece.
• Miami has led in the second half in 14 of its 15 games.
• UM averages 8.76 3-pointers per game (fourth in ACC).
• Zach Johnson is one of nine players nationally with 1,500 career points and 350 assists.
• DJ Vasiljevic has hit at least one 3-pointer in 28 straight games – the longest current streak in the ACC.
• Chris Lykes is seventh in the ACC in scoring (17.5) and has upped his scoring by 7.9 ppg from last year.
• Ebuka Izundu is fourth in the ACC in rebounding (9.4) and sixth in blocks (1.7).
• As a team Miami ranks 12th nationally in fewest fouls per game (14.9).
• Junior forward Dewan Hernandez has been withheld from competition thus far as the University and NCAA review his eligibility.

Miami (8-7, 0-3 ACC) dropped a hard-fought ACC game at No. 13 Florida State, 68-62, Wednesday evening. The Canes pulled within two points with just under a minute remaining before FSU sealed the win. Lykes scored 17 points to lead the Canes, his 11th game of with 16 or more points this season. Ebuka Izudu recorded 13 points and nine rebounds for UM.

After the game Saturday, Miami has a week off from competition prior to entertaining No. 12 North Carolina in a noon game on Saturday, Jan. 19 at the Watsco Center.