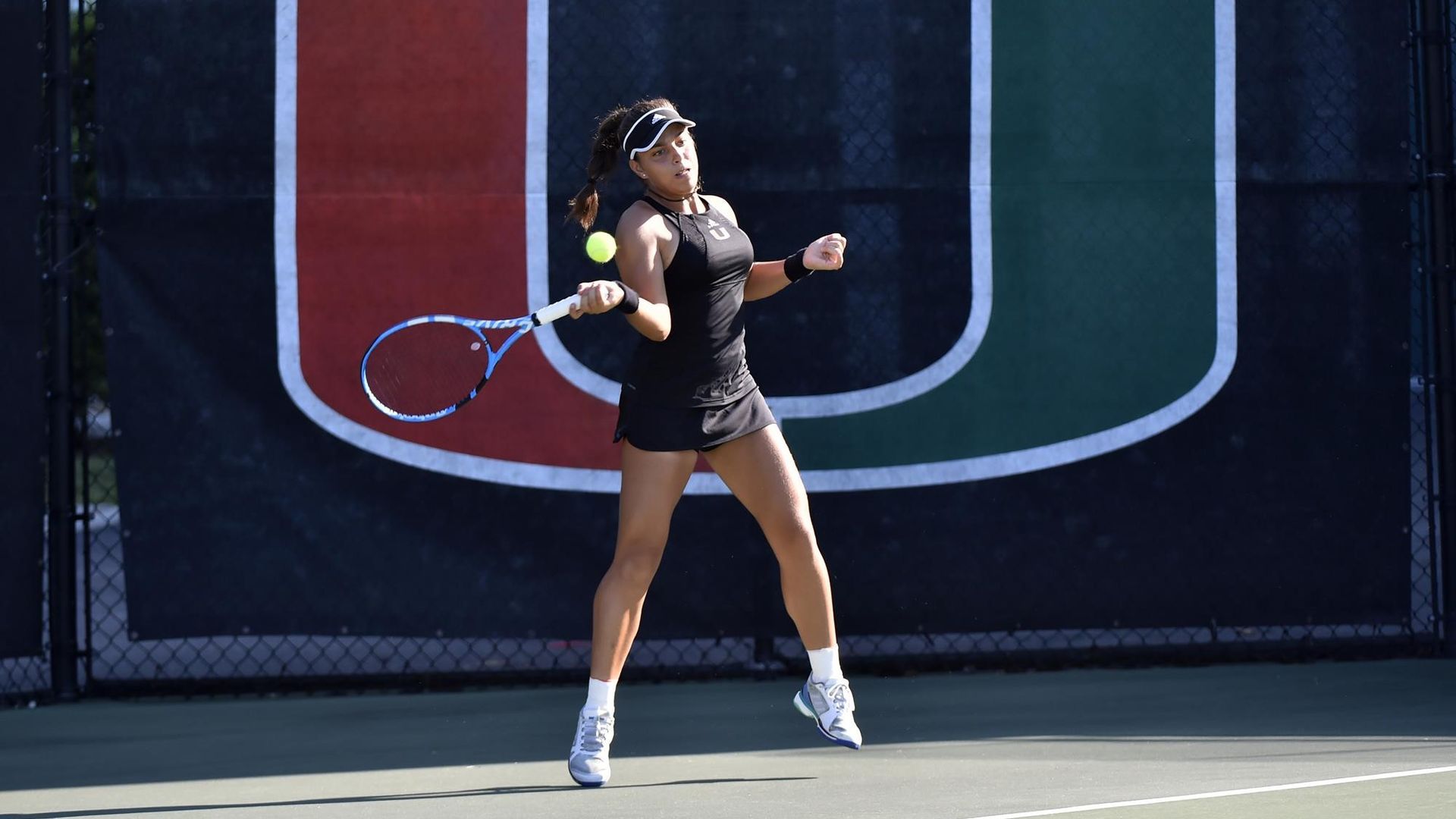 CORAL GABLES, Fla. – The University of Miami women’s tennis team is set to begin its 2019 campaign this weekend on its home courts.

No. 17 Miami will host the yearly Miami Spring Invite at the Neil Schiff Tennis Center from Friday through Sunday, with action set to begin at 9 a.m. each day.

The Hurricanes are hosting second-ranked Vanderbilt, the 2018 NCAA runner-up, No. 19 Northwestern and Kentucky, which received votes in the initial Oracle/ITA poll. Live stats for all three days of action will be available HERE.

The event is set to serve as the first collegiate action for freshmen Daevenia Achong and Carla Girbau, freshmen who enrolled at Miami for the spring semester.

On the final day, Miami meets Vanderbilt in doubles at 1 p.m. and concludes play against Kentucky at 2 p.m. in singles. The full invitational schedule can be found below.

The Miami Spring Invite features eight ranked singles players, including a pair from Miami in junior Estela Perez-Somarriba at seventh nationally and senior Daniella Roldan at No. 82.

Vanderbilt sports five singles players on the list in sixth-ranked Fernanda Contreras, No. 15 Christina Rosca, No. 26 Amanda Meyer, No. 42 Emily Smith and No. 71 Carolyn Campana. Additionally, Northwestern’s Clarissa Hand comes in at No. 100.
Five ranked doubles pairs are included in the invitational, including the Miami pair of junior Yuna Ito and sophomore Ulyana Shirokova at No. 51.

Vanderbilt’s Contreras and Summer Dvorak lead the way at No. 25, while Dvorak comes in at No. 26 with Rosca and the duo of Campana and Smith place No. 56 for the Commodores. In addition, Carol Finke and Caroline Pozo hold the No. 34 spot.