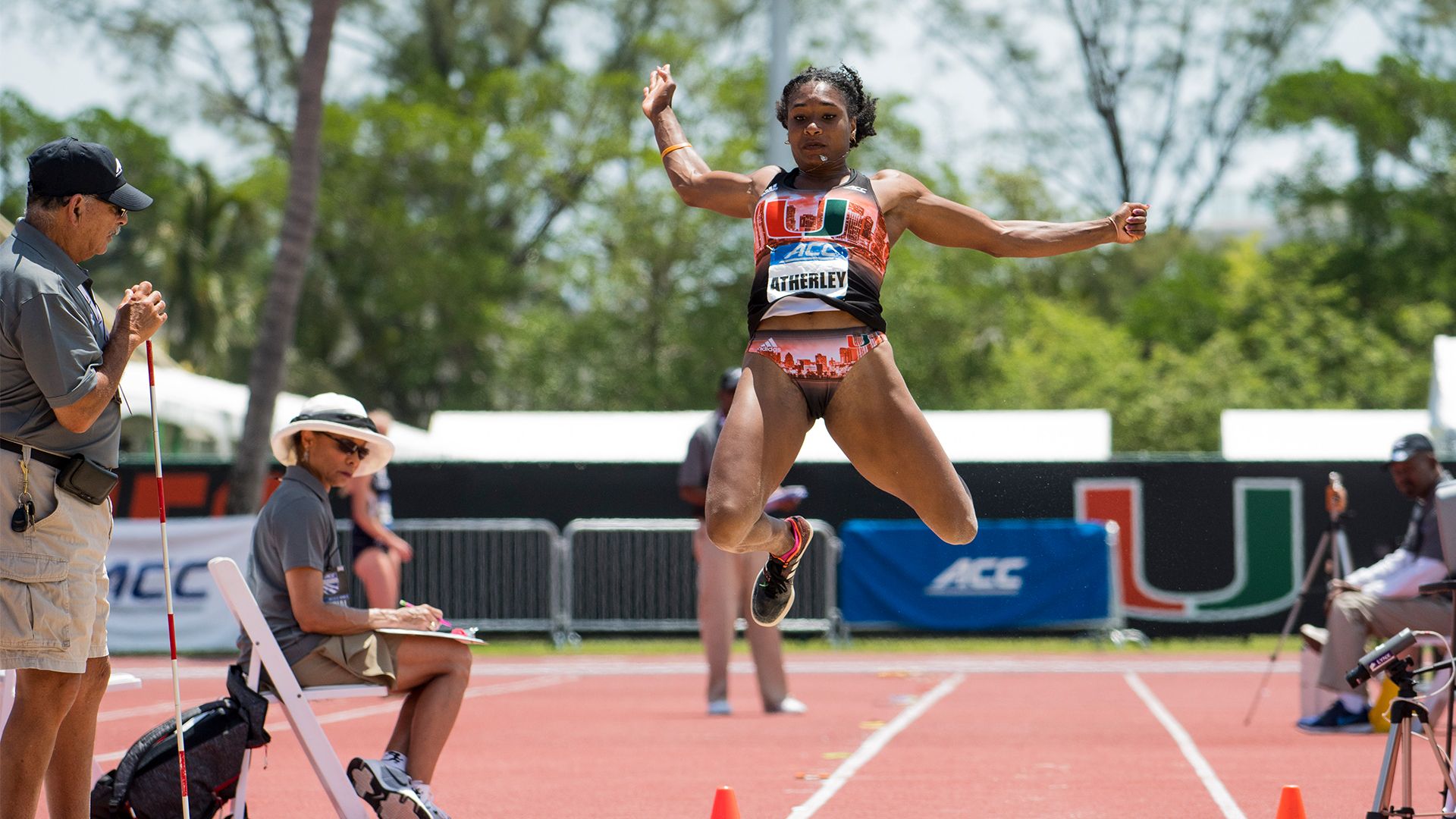 Seven marks combined to make up Miami’s team score of 37.05 points, with Michelle Atherley and Alfreda Steele combining for four of the Canes’ top marks.

All seven of Miami’s marks are coming from the track with two from the 60m hurdles. Atherley’s second place mark in the pentathlon is the highest scoring for the Canes. Redshirt junior Brittny Ellis’s sits close behind with her 400m time of 52.19 seconds, sitting in fifth.

Fellow sophomore Kayla Johnson was the only Cane to score in the 800m, sitting 29th with a time of 2:06.54. Steele’s times in the 60m and the 200m closed out the Canes scoring coming in 30th and 32nd,respectively.

The National Team Computer Rankings are compiled by a mathematical formula based on the NCAA Division I Descending Order Lists. Marks from previous seasons are included until enough data can be drawn from the current season and current freshmen aren’t included in the rankings until they compete in an outdoor meet. The purpose and methodology of the rankings is to create an index that showcases the teams that have the best potential of achieving the top spots in the race for a national title. Ranking points don’t equate with points that will be scored at the NCAA Division I Outdoor Track & Field Championships.