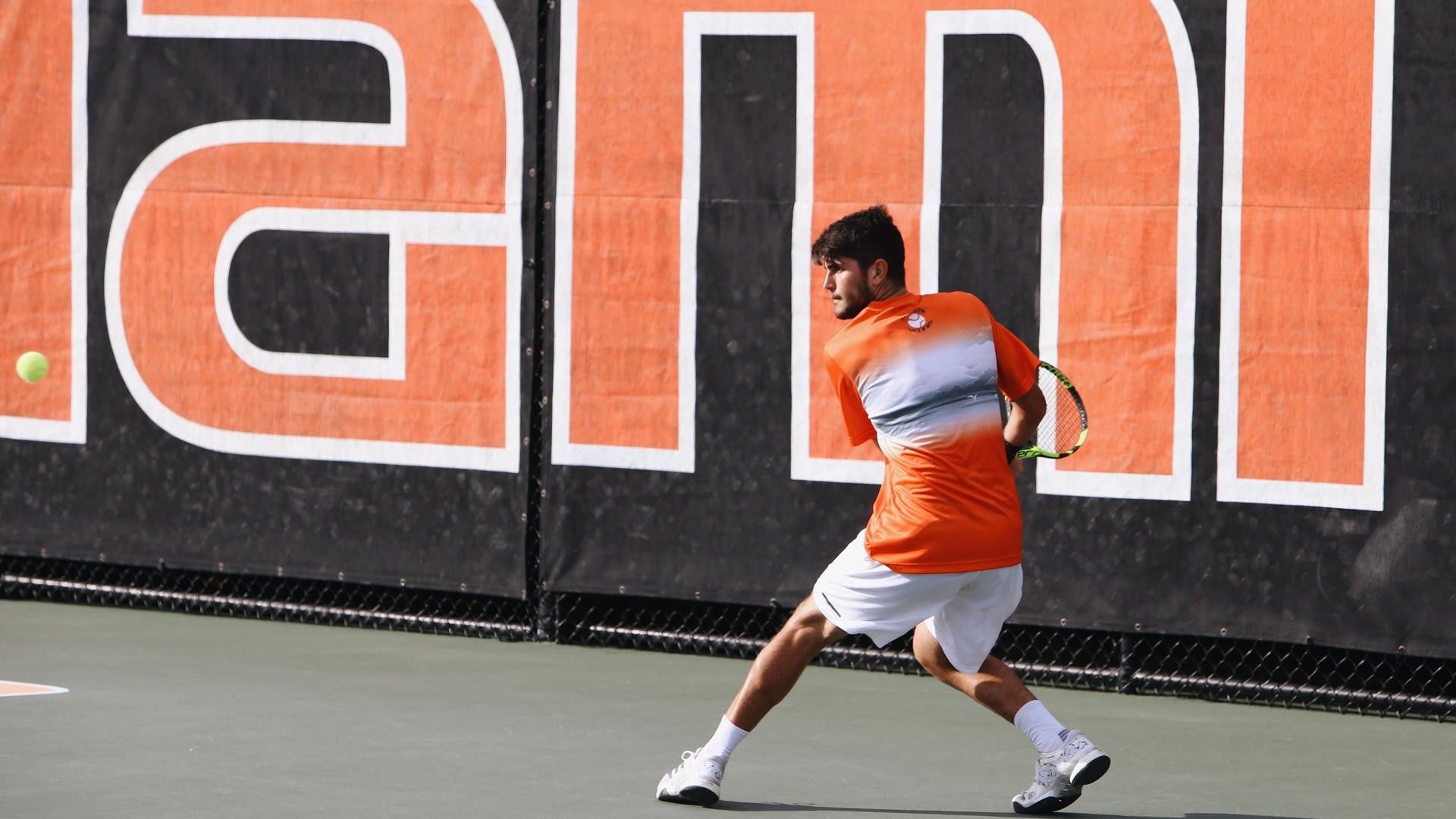 CORAL GABLES, Fla. – The University of Miami men’s tennis team will begin its 2019 spring season this weekend, as the Hurricanes are set to host the three-day Miami Spring Invite Friday through Sunday at the Neil Schiff Tennis Center.

Joining Miami in the field are eighth-ranked Texas, Wisconsin and Ole Miss, which is receiving votes in the ITA team rankings.

Each day, singles action will start at 9 a.m., followed by doubles matches scheduled for 1 p.m. and then the second set of singles matches to close out the afternoon. Live stats for the Miami Spring Invite will be available HERE throughout the weekend.

Texas joins the Canes with a trio of players on the ITA singles list in fourth-ranked Christian Sigsgaard, No. 18 Yuya Ito and No. 103 Chih Chi Huang. In doubles, Harrison Scott was ranked with two different partners, first with Sigsgaard at No. 33 and then with Colin Markes at No. 59.

After the Miami Spring Invite, the Hurricanes begin dual match play with a doubleheader at the Neil Schiff Tennis Center on Jan. 18, starting with an 11 a.m. matchup against Stetson and then a meeting with Liberty at 4 p.m.