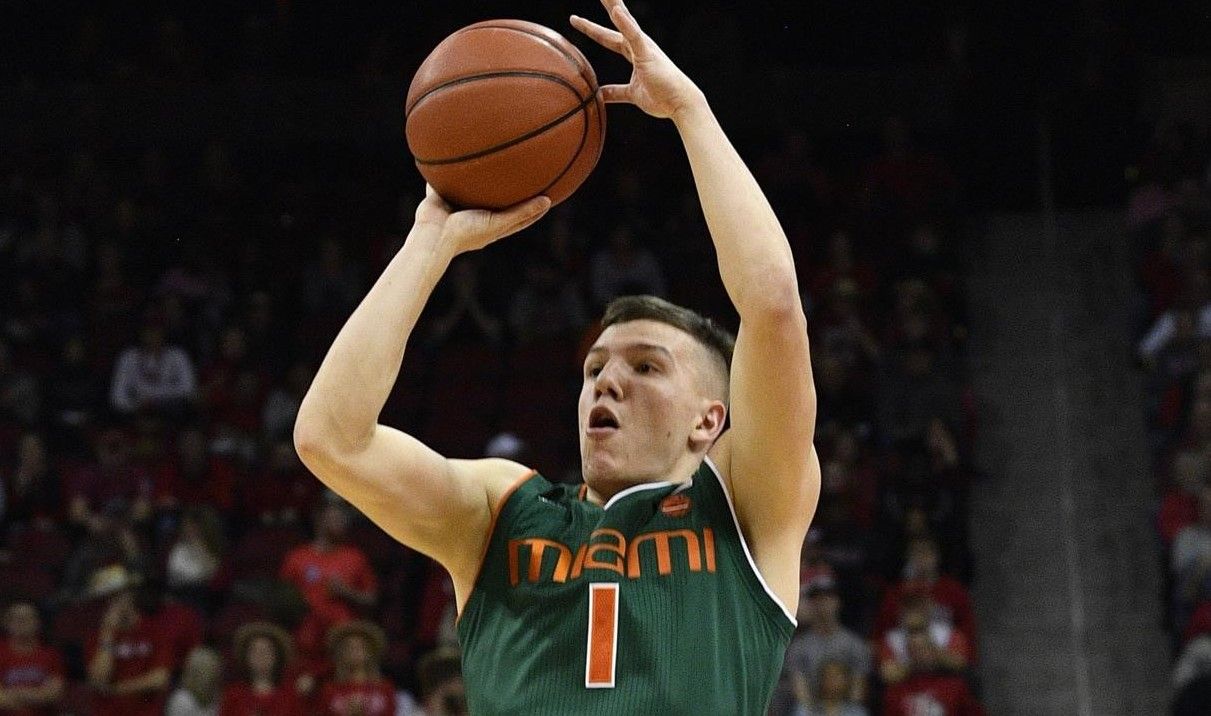 CORAL GABLES, Fla. – The University of Miami men’s basketball team visits No. 13 Florida State Wednesday for 9 p.m. ACC matchup with the Seminoles at the Donald L. Tucker Center in Tallahassee.

The ACC’s Regional Sports Networks have the broadcast, including FOX Sports Sun and FOX Sports South. The game also streams online via the WatchESPN app, while the Canes’ radio broadcast airs on WQAM 560-AM and also streams on HurricaneSports.com, Radio.com and the TuneIn app.

Things To Know
• Miami is the only team among basketball’s six power conferences with five players averaging at least 11.5 ppg apiece.
• UM has led at the half in each of its last five games.
• UM averages 9.0 3-pointers per game (third in ACC).
• Zach Johnson is one of nine players nationally with 1,500 career points and 350 assists.
• DJ Vasiljevic has hit at least one 3-pointer in 27 straight games – the longest current streak in the ACC.
• Chris Lykes is eighth in the ACC in scoring (17.5) and has upped his scoring by 7.9 ppg from last year.
• Anthony Lawrence II averaged 10.5 ppg and 8.5 rpg last season in two games against Florida State.
• Ebuka Izundu is fourth in the ACC in rebounding (9.4) and sixth in blocks (1.92).
• As a team Miami ranks 12th nationally in fewest fouls per game (14.9).
• Junior forward Dewan Hernandez has been withheld from competition thus far as the University and NCAA review his eligibility.

Miami (8-6, 0-2 ACC) is coming off a 90-73 defeat Sunday at Louisville. The Canes led by as many as 15 points in the first half, but the Cardinals stormed back to cut the deficit to just one point at the half before taking control about five minutes into the second half. Miami has held double-digit leads and also owned a halftime advantage in each of its first two ACC games this season. Johnson and Vasiljevic led Miami with 19 points each, while Lykes scored 18 points.

Ranked No. 13 nationally this week in both the Associated Press and USA Today Coaches polls, FSU fell, 65-52, in its ACC opener Saturday at No. 4 Virginia. Terance Mann leads the team in scoring (12.1) and rebounding (6.4), while Mfiondu Kabengele (11.4), Trent Forrest (10.0) also are averaging in double-figure scoring. As a team the Seminoles are averaging 79.2 ppg and giving up 68.1 ppg.

The Canes return home Saturday for a 2 p.m. ACC game with Wake Forest before getting a week off prior to entertaining No. 12 North Carolina on Jan. 19.