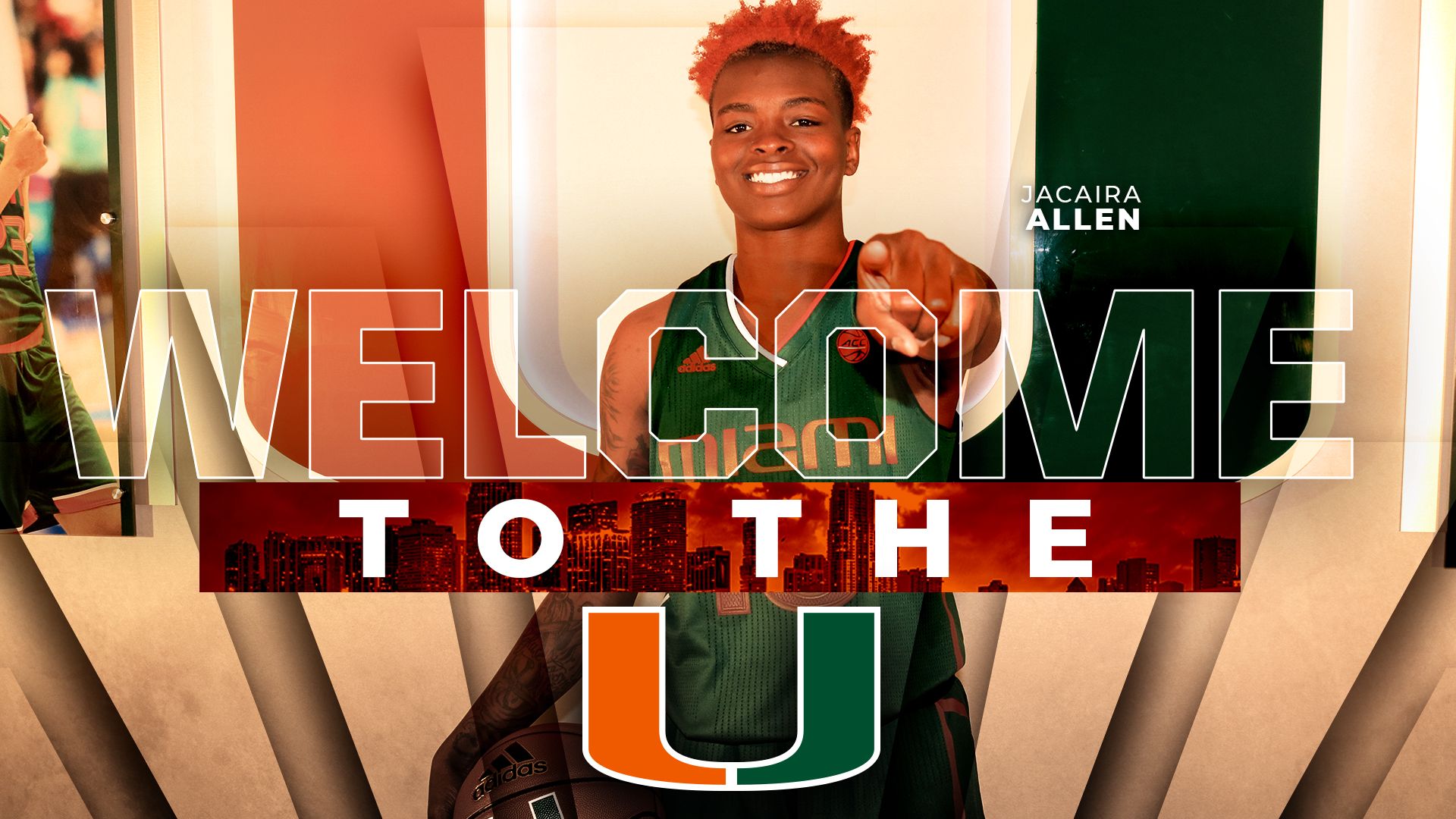 A 5-foot, 10-inch guard, Allen joins the Hurricanes as a midyear enrollee and will be eligible to begin competition after the 2019 fall semester, at which point she will be a redshirt junior.

“We are excited to welcome ‘Iggy’ back home,” Meier said. “The experience she brings from a great program, Mississippi State, will make us better. We’ve always loved her athleticism, grit and high motor. We look forward to seeing her in orange and green.”

In Allen’s two years with the Bulldogs, they went 71-7 and made a pair of NCAA championship game appearances.

During the 2016-17 season, Allen played in 20 contests and averaged 2.7 points per game. She posted 10 points and a season-high six rebounds in her collegiate debut against Villanova. Allen logged a season-best 14 points on 7-of-9 shooting versus San Jose State.

After suffering an injury during preseason practice last year, Allen did not play during the 2017-18 season and earned a redshirt.

Allen had an illustrious prep career in South Florida at Dillard High School, where she was named a McDonald’s All-American Game nominee. ProspectsNation.com tabbed Allen as a four-star recruit and the No. 43 overall prospect in the 2016 class, including the ninth-best guard and fourth-best Floridian.

A native of Pompano Beach, Fla., Allen was also the BCAA Big 8 Tournament MVP and the Sun Sentinel 5A-2A Broward County Player of the Year as a junior. In her senior season, she was a finalist for the Florida Dairy Farmers 6A Player of the Year distinction.