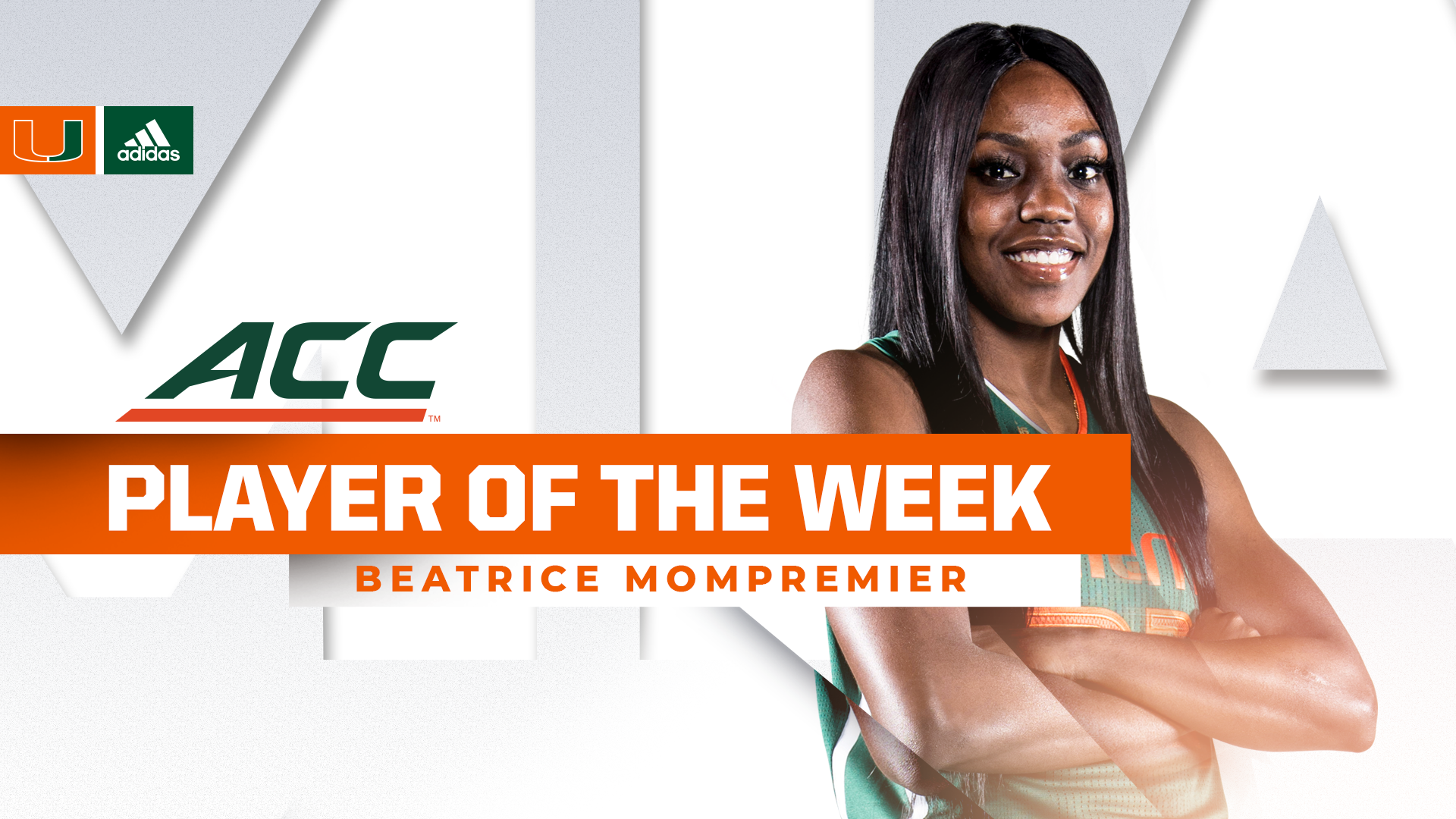 CORAL GABLES, Fla. – Beatrice Mompremier of the University of Miami women’s basketball team was voted the ACC Player of the Week, as announced Monday afternoon by the conference office.

The redshirt junior forward shared the distinction with Syracuse junior guard Tiana Mangakahia. It is the first time a Hurricane has garnered the award since Adrienne Motley did so on Jan. 12, 2015.

Mompremier logged a pair of double-doubles last week to lead Miami (14-3, 2-0 ACC) to victories in its first two league games.

The Miami native tallied 18 points and a game-high 13 rebounds to guide the Hurricanes past RV/No. 25 Virginia Tech, 68-61, Thursday at the Watsco Center. She followed that up with 19 points on 9-of-13 shooting to go along with a game-best 15 rebounds in Miami’s 72-57 triumph Sunday afternoon at Wake Forest.

Mompremier, in her first season with the Hurricanes, has 12 double-doubles through 17 games. She is averaging 16.2 points and 11.6 rebounds per game, good for seventh and second in the ACC, respectively.

This is the 21st total ACC Player of the Week accolade for a Hurricane and Mompremier is the eighth different Miami player to earn the recognition.