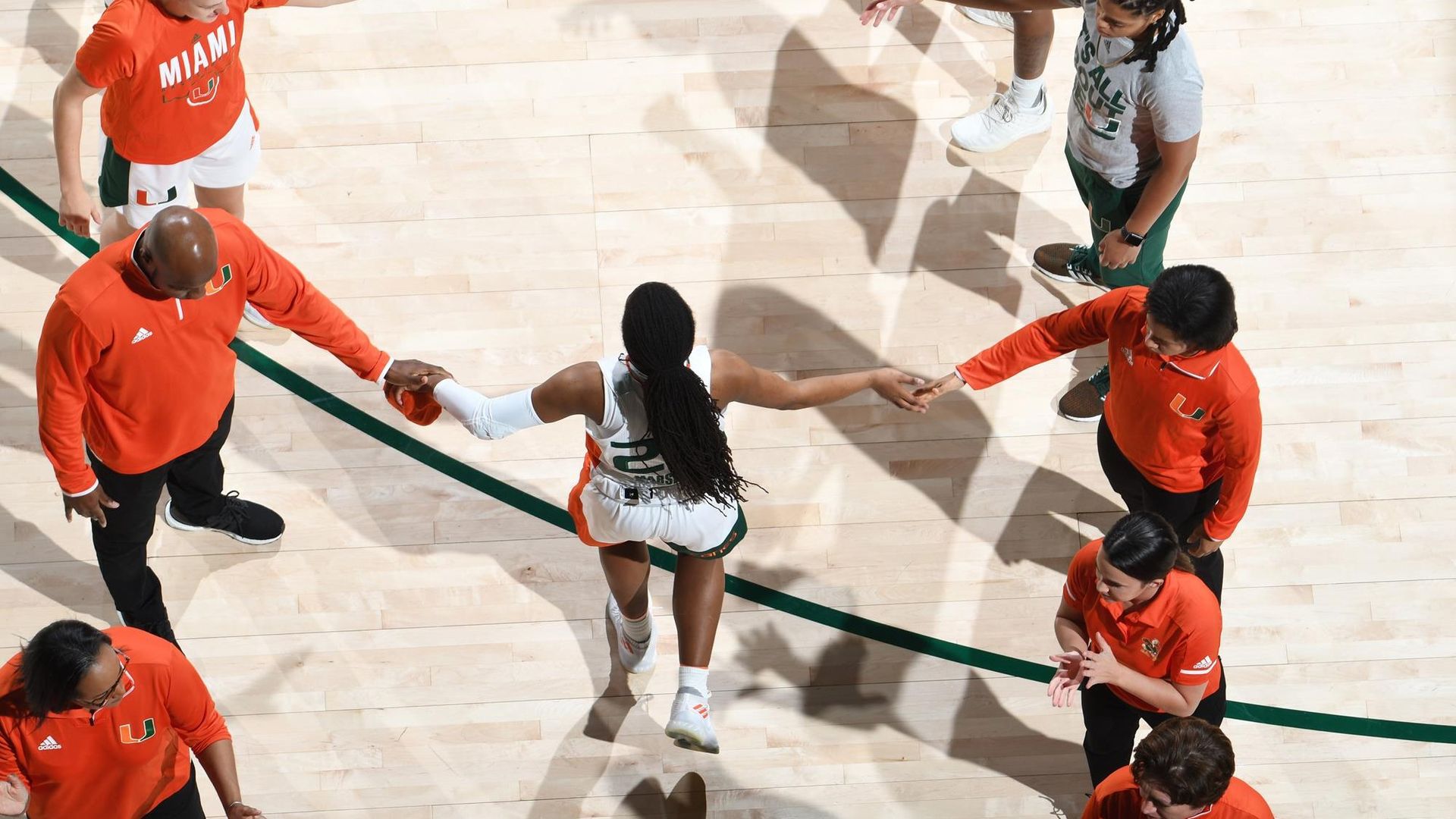 CORAL GABLES, Fla. – The University of Miami women’s basketball team retained its positions in each of the prime national polls this week.

Miami (11-2) once again comes in at No. 24 in the Associated Press Poll and No. 23 in the USA TODAY Coaches Poll, both released Monday afternoon.

The Hurricanes are coming off a 2-0 showing at the Florida Sunshine Classic in Winter Park, Fla., notching a pair of dominant wins over SEC opponents. Miami defeated Vanderbilt, 90-65, Thursday night and topped Alabama, 101-74, the following evening.

Miami registered 79 points in this week’s AP Poll balloting. Five voters put the Hurricanes in the top 20, with a peak placement of No. 14. The full poll is available HERE.

Meanwhile, in the Coaches Poll, the Hurricanes garnered 98 points in the voting, increasing their total from last week by 13 points. The entire poll can be found HERE.

The ACC yet again has five teams ranked in the top 25 of both polls, in second-ranked Notre Dame, third-ranked Louisville, ninth-ranked NC State, No. 15/14 Syracuse and the Hurricanes. Additionally, Florida State is No. 25 in the Coaches Poll and receiving votes in the AP Poll, while Virginia Tech is top-two in the receiving votes section of each.

The Hurricanes resume play Friday at 7 p.m., when they host Florida A&M in the opening game of the Miami Holiday Classic at the Watsco Center.