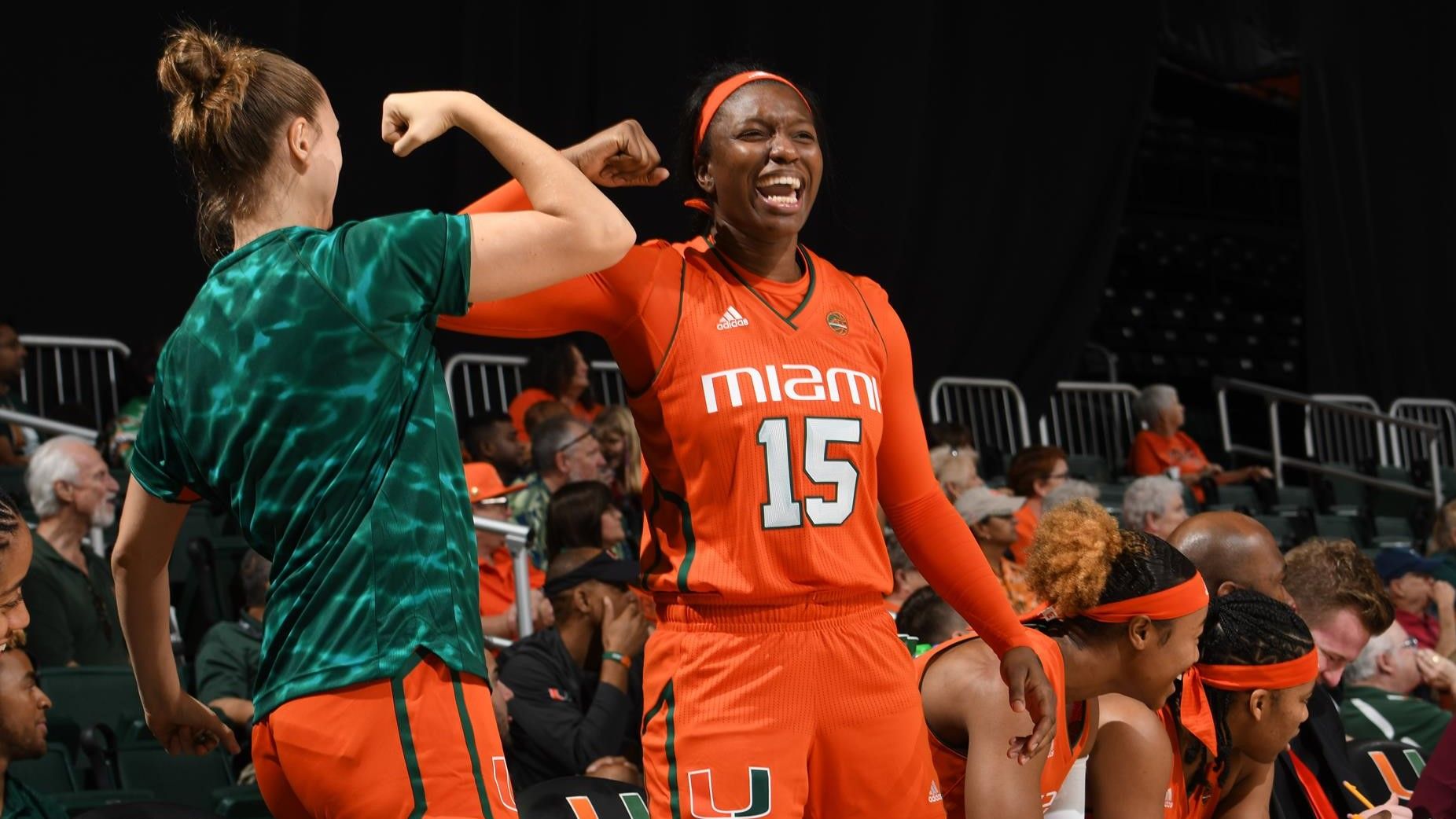 WBB Moves up One Spot in Both Polls

CORAL GABLES, Fla. – The University of Miami women’s basketball team ascended one position in each of the major national polls this week.

Miami (8-2) checks in at No. 24 in the Associated Press Poll, revealed Monday, and sits in a tie with Michigan State at No. 22 in the USA TODAY Coaches Poll, released Tuesday.

The Hurricanes played just one game last week, registering a 40-point triumph, 78-38, over New Orleans Sunday at the Watsco Center.

Miami added 14 points in this week’s AP balloting, garnering 82 total. Five voters listed the Hurricanes in the top 20, with a peak position of No. 15. The full poll can be found HERE.

In the Coaches Poll, Miami picked up nine more points over its mark last week and now has 92 total. The full list is available HERE.

The ACC yet again boasts five nationally-ranked teams in second-ranked Notre Dame, No. 4/3 Louisville, No. 10 NC State, No. 15/14 Syracuse and the Hurricanes. Additionally, Florida State and Virginia Tech garnered votes in both polls, while North Carolina earned one point in the AP Poll balloting.

Miami is back in action Sunday at 1 p.m., when it caps a three-game homestand against Maryland Eastern Shore.