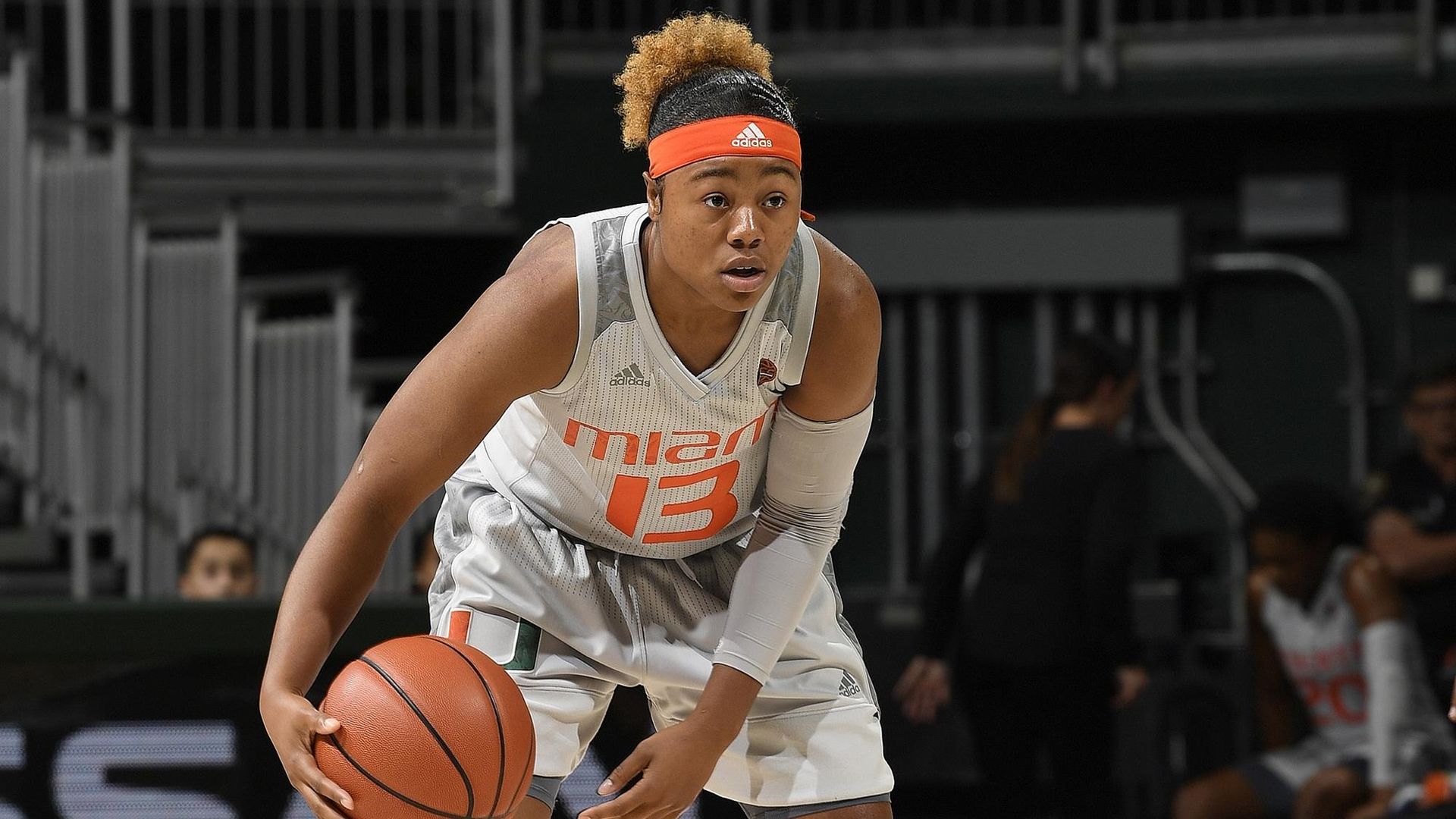 CORAL GABLES, Fla. – The University of Miami women’s basketball team remained in the top 25 of both major national rankings lists this week.

Miami (7-2) comes in at No. 25 in the Associated Press Poll, released Monday, and No. 23 in the USA TODAY Coaches Poll, announced Tuesday.

Last week, Miami split its two outings against Power Five opponents. The Hurricanes fell at Purdue, 74-63, in the ACC/Big Ten Challenge and defeated Colorado, 73-58, at the Watsco Center.

The Hurricanes garnered 68 points in the AP Poll voting and five voters put Miami in the top 20. Meier’s team peaked at No. 14 in this week’s balloting. The full poll is available HERE.

Additionally, Miami earned 83 points in the Coaches Poll voting. The full rankings list, for which one coach did not vote, can be found HERE.

Miami is once again among five ACC schools ranked in both polls, alongside second-ranked Notre Dame, No. 5/4 Louisville, No. 10 NC State and No. 15/14 Syracuse. Florida State and Virginia Tech are receiving votes in both polls, with North Carolina also earning a point in the AP Poll voting.

The Hurricanes return to the court against New Orleans Sunday at 1 p.m. at the Watsco Center for the middle contest of a three-game homestand.