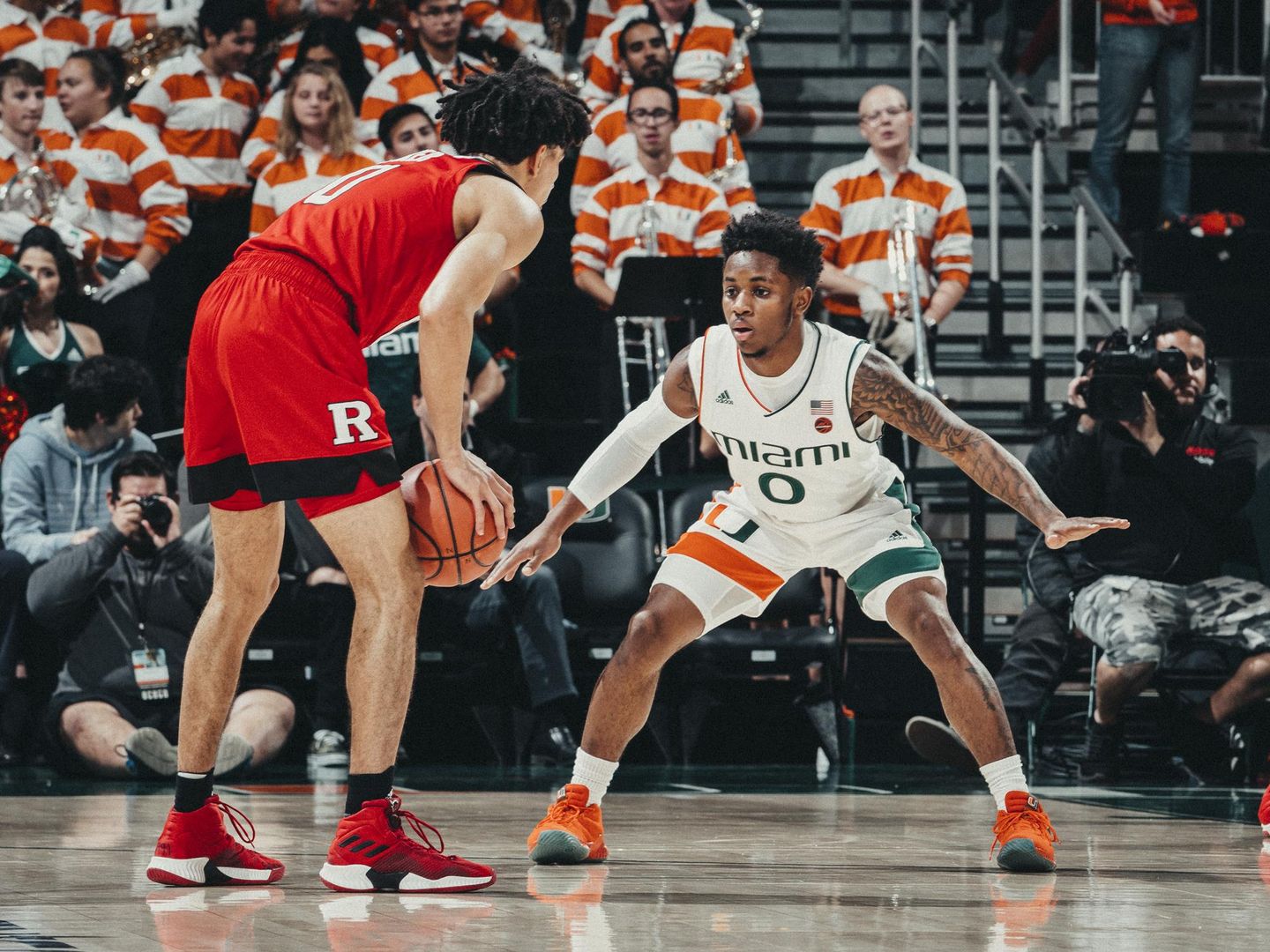 CORAL GABLES – The University of Miami men’s basketball team suffered its first home defeat during non-conference action since Nov. 27, 2015, falling 57-54 to Rutgers Wednesday night in the 20th annual ACC/Big Ten Challenge. Miami (5-2) shot a season-low 33.8 percent, including just 7-for-28 from 3-point range, in the loss.

Neither team shot well, as the Scarlet Knights were held to shoot 24-of-59 (40.7 percent) from the field, while the Hurricanes shot 22-of-65 while notching its lowest point total since suffering a 62-55 home loss against Syracuse on Feb. 17, 2017. The Hurricanes outrebounded Rutgers 43-40 on the night, while pulling down 14 offensive boards.

Despite being held to just 24 first half points, Miami entered the locker room down by only four with Izundu closing out the opening 20 minutes just shy of a double-double. The Lagos, Nigeria, native shot 3-of-4 from the field and knocked down both of his free throw attempts to notch eight points and nine boards.

Looking to mount a second half comeback, Miami followed a pair of Scarlet Knight jumpers with a 13-2 run to take a 37-34 lead with 12:33 to play in the game. However, the Hurricanes were unable to pull away as Rutgers regained a 50-47 lead with 6:49 to play, a lead it would not look back on.

Trailing 57-54 with under two seconds to play, junior guard Dejan Vasiljevic received the ball from redshirt freshman forward Deng Gak off of a missed free-throw by Shaquille Doorson and launched a full court shot that just bounced off the front of the rim as the final buzzer rang.

The Hurricanes will return to the court Saturday night when the Canes play a neutral site game at American Airlines Arena against Yale in the HoopHall Miami Invitational Presented by CITI at 7:30 p.m. The Game will be broadcast live on ESPN3.