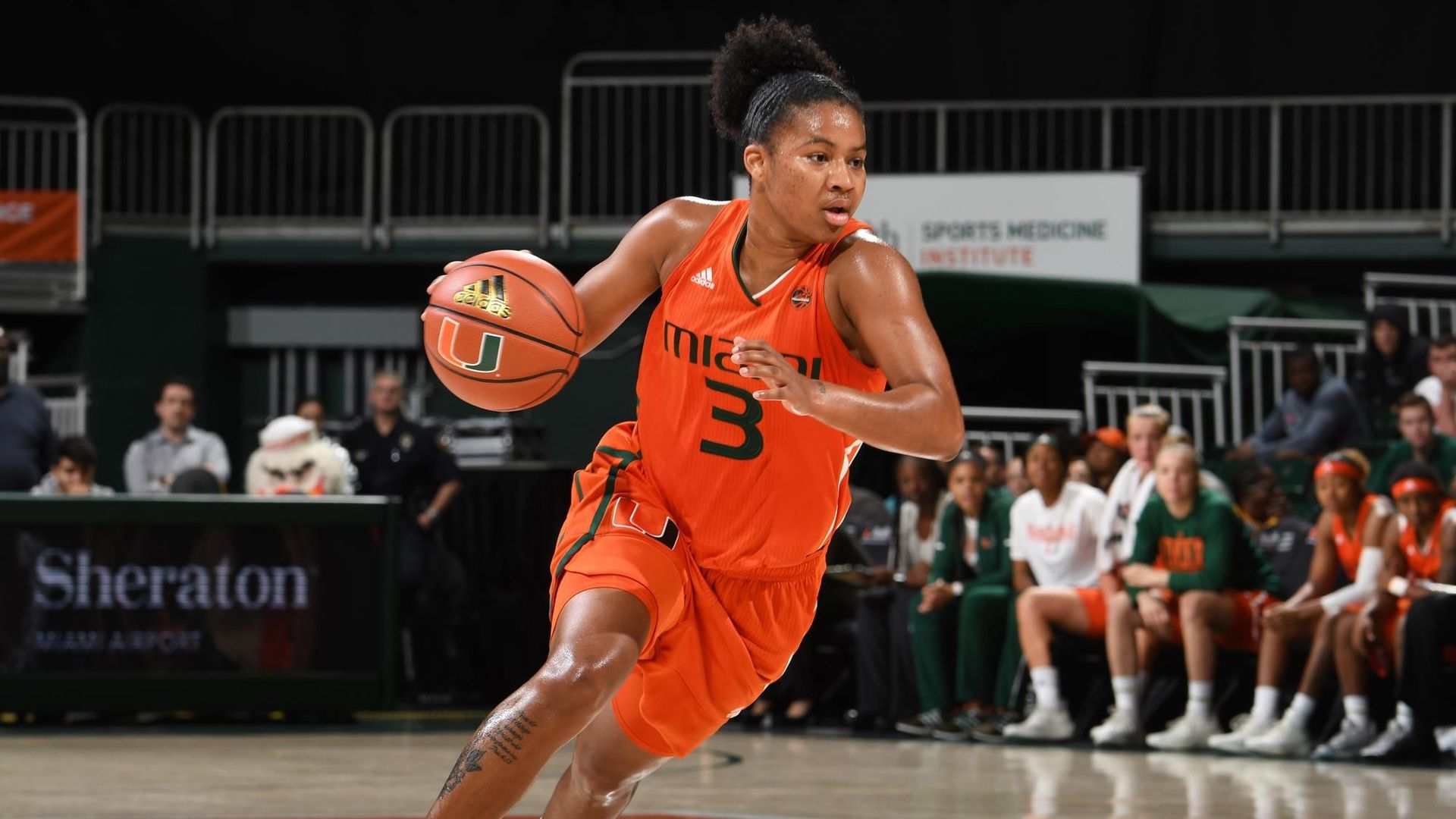 Miami (6-1) is now No. 21 in the Associated Press Poll, as announced Monday, and No. 22 in the USA TODAY Coaches Poll, as released Tuesday.

Following double-digit victories over Nebraska (82-68) and Temple (73-61) last week, the Hurricanes jumped three places in the AP Poll and two in the Coaches Poll.

The Hurricanes received 148 points in the AP Poll voting, a 54-point increase from its Week 3 total. Fourteen voters put Miami in the top 20, with a peak ranking of No. 15. The full poll can be found HERE.

In the Coaches Poll, Miami garnered 179 points, a 68-point improvement from last week. The full poll is available HERE.

The Hurricanes are one of five ACC teams ranked in both polls, alongside unanimously top-ranked Notre Dame, No. 5/4 Louisville, No. 12 Syracuse and No. 13 NC State. Additionally, Florida State, North Carolina and Virginia Tech are receiving votes in both polls, with Duke earning a vote in the Coaches Poll.

Miami will be back in action Thursday at 7 p.m., when it faces Purdue in West Lafayette, Ind., as part of the ACC/Big Ten Challenge.